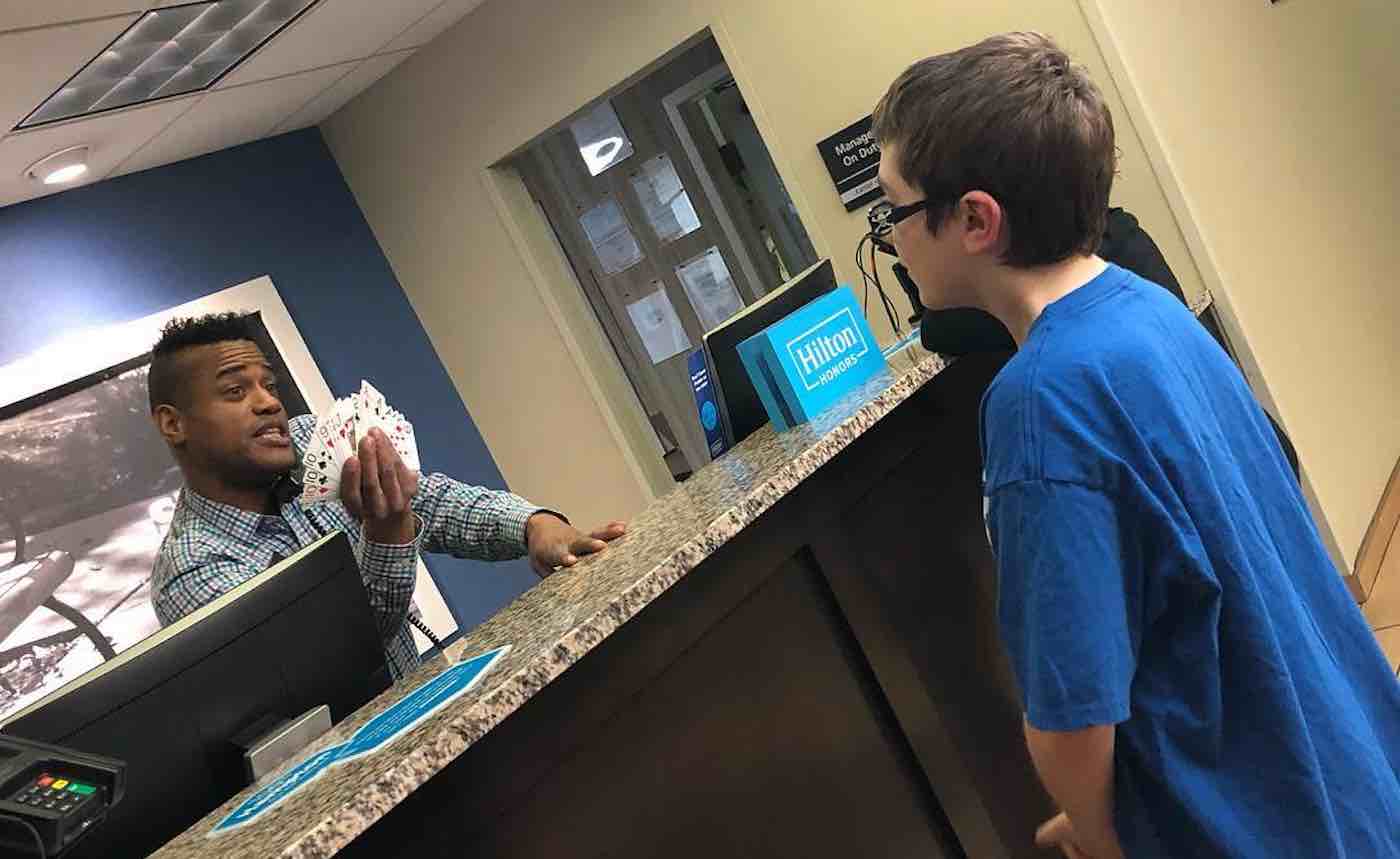 A Pennsylvania hotel manager is being praised for going above and beyond the call of duty to befriend a boy with autism.

Back in March, Megan Haas and her 13-year-old son Colin had been staying at the Hampton Inn in Selinsgrove, Pennsylvania. The hotel’s manager, Khalif Hill, had been managing the front desk when he looked up to see Colin staring at him intently.

After they exchanged greetings, Colin asked if he could show Hill a card trick, to which he accepted.

The two then spent 30 minutes showing each other magic tricks. The very next evening, Colin returned to the front desk only to be enthusiastically welcomed by Hill once more, eager to share more card tricks with the boy.

Little did Hill know, Colin uses magic tricks as a coping mechanism for his autism. Not only that, Ms. Haas says that the boy has missed having male influences in his life since he lost his father several years ago—which is why Haas was so touched by Hill’s kindness.

“It was such a small gesture but it meant SO much to Colin and I both,” Haas told Good News Network. 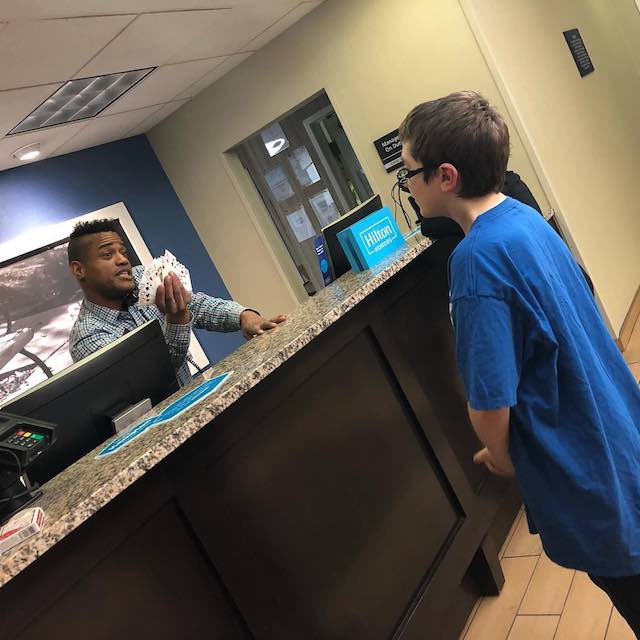 In a Facebook post that has since been shared thousands of times, Haas described the encounter with Hill, saying: “He allowed Colin to hang out at the desk with him for what felt like forever, watching Colin do card tricks and then showing Colin some tricks that he knew as well.

“He paused when he needed to, when the phone rang or a customer came in, (in the pic he is on the phone, the person he was speaking to had him on hold), but he never once made Colin feel like he was a nuisance or a burden.”

This is not the first time that Hill has been a positive role model for autism awareness, either.

“Kahlief was actually helping to put together an event at the Applebee’s by the hotel a few weeks after this encounter,” Haas told GNN. “It was a pancake breakfast to raise money for autism awareness, so I took Colin back out to go to the event and they got to spend a little more time together and show more card tricks.” 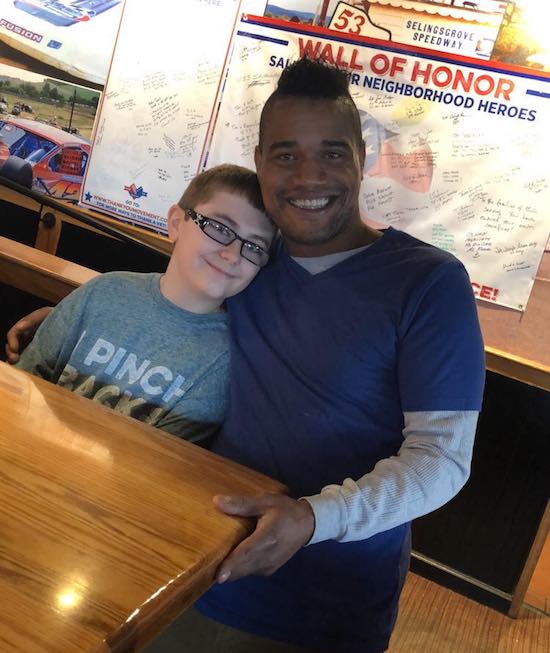 Hilton Hotels later recognized their employee for his good deed, but no one is more grateful for the exchange than Haas.

“I love and live for feel good moments like this,” she wrote. “It is so easy to be kind, yet seems to be such a rare occurrence these days.”