Home All News Health ‘For the First Time’, Researchers Use Healthy Stem Cells for Future Type... 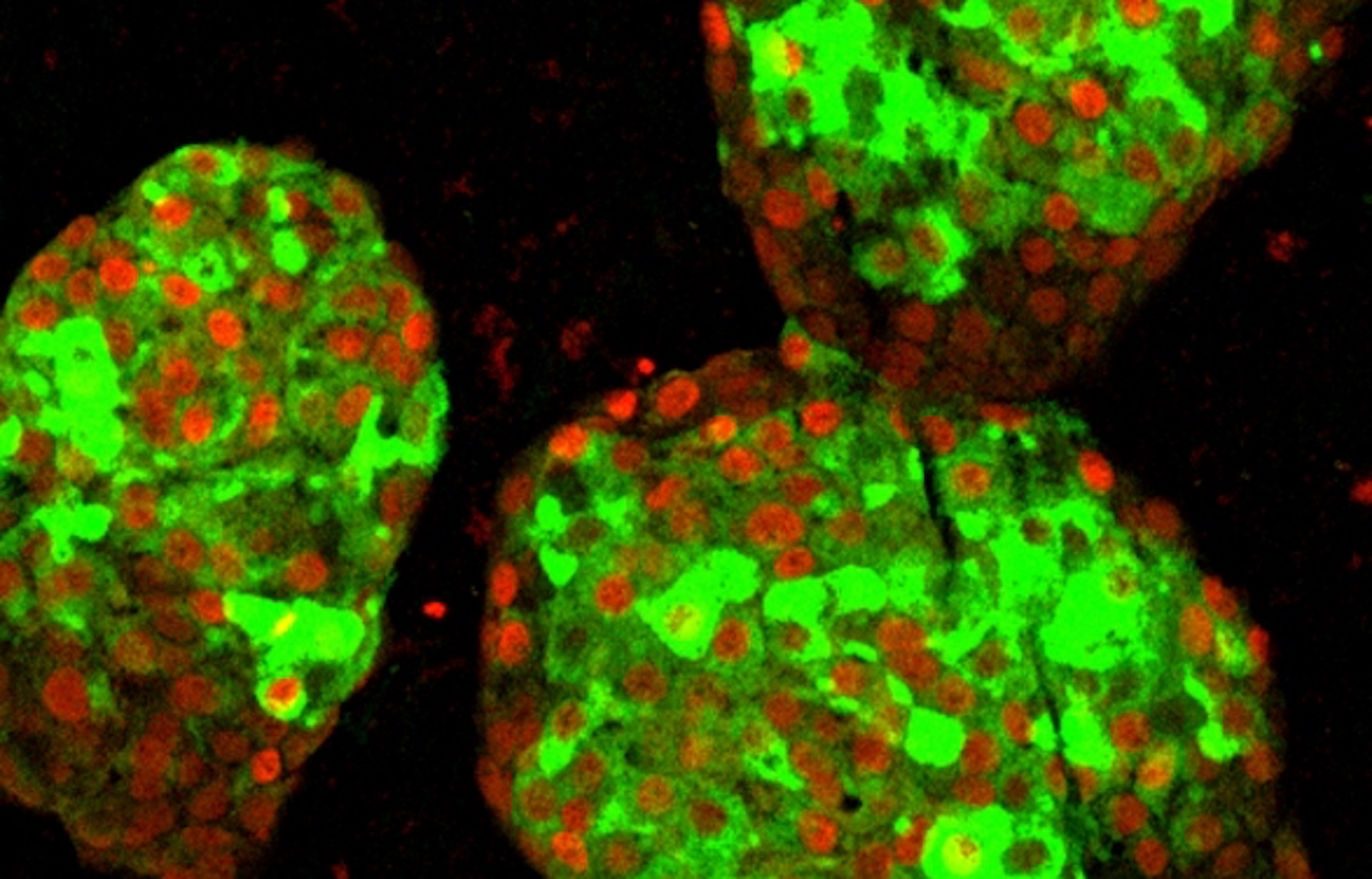 For the first time ever, researchers have successfully transformed human stem cells into mature insulin-producing cells, a major breakthrough in the effort to develop a cure for type 1 (T1) diabetes.

Replacing these cells, which are lost in patients with T1 diabetes, has long been a dream of regenerative medicine, but until now, scientists had not been able to figure out how to produce cells in a lab dish that work as they do in healthy adults.

“We can now generate insulin-producing cells that look and act a lot like the pancreatic beta cells you and I have in our bodies. This is a critical step towards our goal of creating cells that could be transplanted into patients with diabetes,” said Matthias Hebrok, director of the UCSF Diabetes Center and senior author of the new study, which was published in Nature Cell Biology.

T1 diabetes is an autoimmune disorder that destroys the insulin-producing beta cells of the pancreas, typically in childhood. Without insulin’s ability to regulate glucose levels in the blood, spikes in blood sugar can cause serious organ damage and eventually death. The condition can be managed by taking regular shots of insulin with meals, but people with type 1 diabetes still often experience serious health consequences like kidney failure, heart disease and stroke.

Patients facing life-threatening complications of their disease may be eligible for a pancreas transplant from a deceased donor, but these are rare and the wait time is long: Out of the approximately 1.5 million people living with type 1 diabetes in the US, only about 1,000 get pancreas transplants in any given year. The procedure is also risky: recipients must take immune-suppressing drugs for life and many of the transplants end up failing for one reason or another. Transplants of just the pancreatic “islets” – clusters of cells containing healthy beta cells – are currently in clinical trials, but still rely on pancreases from deceased donors.

That’s why Hebrok and other diabetes researchers have long hoped to use stem cells to grow healthy beta cells in a lab so they could be transplanted into patients without the need to wait for a pancreas or islet transplant – but for years, scientists have been unable to figure out how to program stem cells into fully mature beta cells.

“The cells we and others were producing were getting stuck at an immature stage where they weren’t able to respond adequately to blood glucose and secrete insulin properly. It has been a major bottleneck for the field,” Hebrok said.

In the new study, Hebrok and colleagues, led by postdoctoral fellow Gopika Nair, realized that the key to growing lab-grown beta cells into full maturity lay in an overlooked facet of beta cell development – the physical process by which the cells separate from the rest of the pancreas and form the so-called islets of Langerhans.

“A key principle in biology is that form follows function, so we reasoned that the formation of islets might be an important process for beta cells to mature properly,” Nair said.

When the researchers replicated that process in lab dishes by artificially separating partially differentiated pancreatic stem cells and reforming them into islet-like clusters, the cells’ development suddenly leapt forward. Not only did the beta cells begin responding to blood sugar more like mature insulin-producing cells, but the entire islet “neighborhood” – including less well-understood alpha and delta cells – also seemed to develop in ways that had never been seen in a laboratory setting.

The researchers then transplanted these lab-grown “islets” into healthy mice and found that they were functional in a matter of days – producing insulin in response to blood sugar much like the animals’ own islets.

In collaboration with bioengineers, geneticists, and other colleagues at UCSF, Hebrok’s team is already working to move regenerative therapies from dream to reality, for instance by using CRISPR gene editing to make these cells transplantable into patients without the need for immune-suppressing drugs, or by screening drugs that could restore proper islet function in patients with T1 diabetes by protecting and expanding their few remaining beta cells to reboot pancreatic insulin production.

“Current therapeutics like insulin injections only treat the symptoms of the disease,” Nair said. “Our work points to several exciting avenues to finally finding a cure.”

“We’re finally able to move forward on a number of different fronts that were previously closed to us,” Hebrok added. “The possibilities seem endless.”