Home All News Kids Girl Hand-Delivers More Than 1,000 Christmas Cards in Her Village After Having... 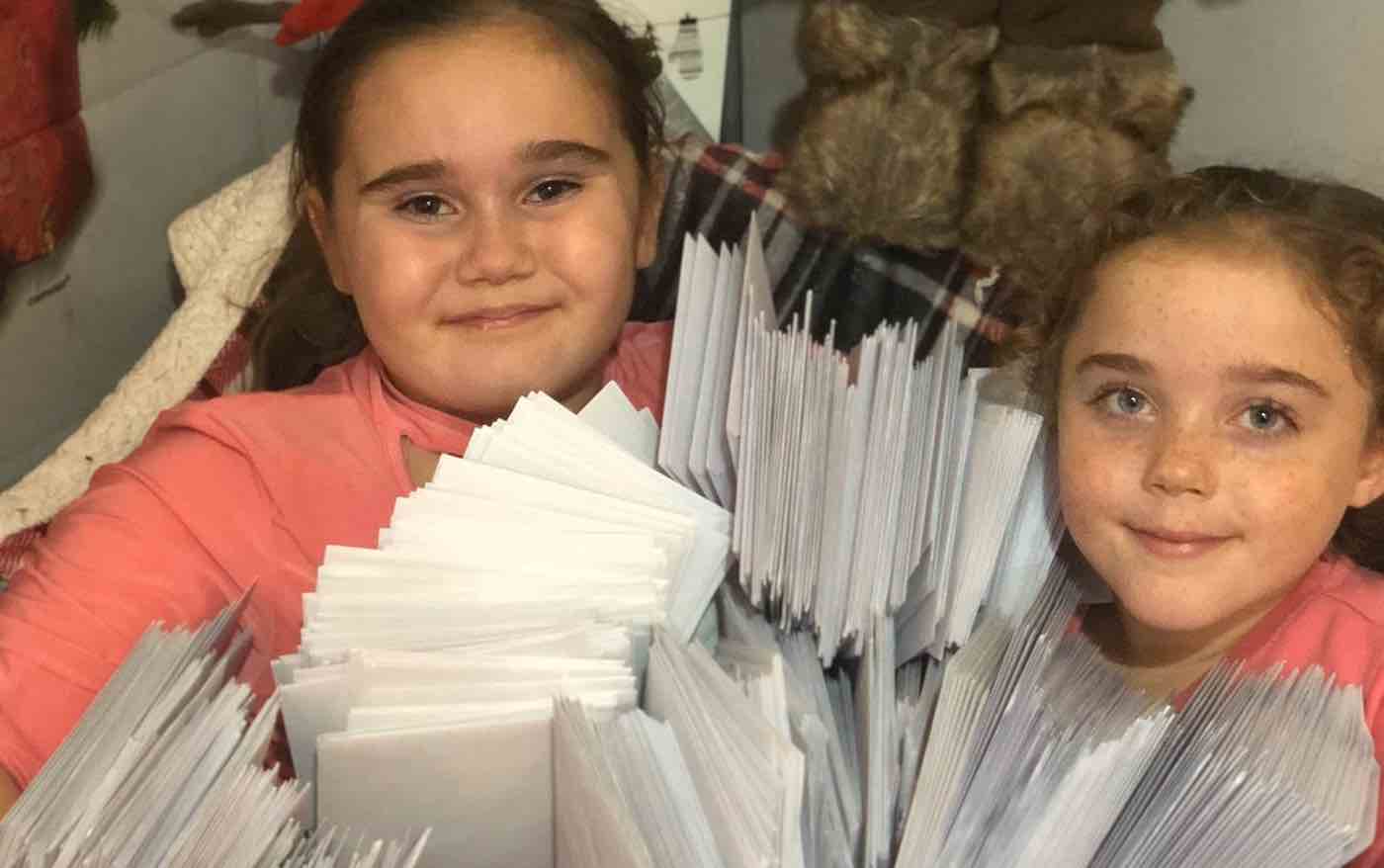 This 11-year-old schoolgirl has been spreading yuletide cheer throughout her village by hand-delivering more than 1,000 Christmas cards—all while having only one leg.

Angel Farley has written and delivered 1,064 greetings cards so far this year in her mission to put a smile on people’s faces for the holidays.

The English schoolgirl was born without a femur and hip socket. Prior to undergoing an operation last year to amputate her leg, it had been attached directly to her hip.

Despite her limited mobility, however, the thoughtful youngster decided to start sending Christmas cards to lonely people in her village two years ago.

Angel first got the idea for the festive labor of love after she had asked her mom who else she could send cards to apart from her classmates.

“It just got me thinking. I spoke with Angel about the idea of asking on Facebook if anyone would like a card from her,” said Angel’s mother Holly Farley. “That’s when she told me that she thinks it would be nice to send cards to other people with disabilities and other people who might be forgotten at Christmas. It just went from there.”

The family from Kent felt particularly moved to spread holiday cheer after their village rallied to support them following Angel’s amputation back in February 2018.

Angel and her parents decided to have her right leg amputated above the leg to improve her mobility.

LOOK: After Watching Brother Give Up on Gardening, Man Designs Tabletop Gardens for People in Wheelchairs

“She used to do what we called a ‘pirate walk’,” recalled Holly. “She had to swing her leg out sideways which made her hip swing and caused her spine to curve.

“She wore a prosthetic leg as well, but it had to be straight because it was attached to her foot and ankle, which of course, bends.”

The amputation at Great Ormond Street Hospital initially seemed to have gone well, but her leg became extremely infected, which led to the youngster being hospitalized for two months while battling sepsis.

“It was a really hard time for us. I asked doctors whether she was going to survive and they couldn’t give me a straight answer,” says Holly.

Angel has since made a strong recovery and thanks to a new prosthetic leg, is able to move much more freely than before.

“During her recovery, people in the village we had never met donated money for Angel,” Holly said. “It was a real eye opener. We felt like we needed to do something to show our appreciation so decided to expand the card giving.”

The mother-daughter duo have delivered more than a thousand cards—more than ten times the total they delivered in 2017. All together, they have spent about 60 hours filling out all of the cards by hand since they began their project in early November.

The messages inside read: “From our house to yours. Happy Christmas. Love from Angel and Family.”

Angel’s dad, Rob, said: “We don’t want it to become a chore, so we only do it when the girls want to. Angel and her nine-year-old sister Mikayla sit at a little table and fill them in, bless them.”

Holly added: “It’s all about making people smile at Christmas. We go around the village as a family most evenings. Sometimes Angel finds it difficult to access properties because of her disability, but she does her best.”

Holly also says her daughter has been flooded with messages of thanks and support from people on Facebook.

“After what we went through last year, we feel so lucky to have Angel with us,” continued the mother-of-four. “We are so happy to be able to give something back to the people in the village. It’s a really special community.”