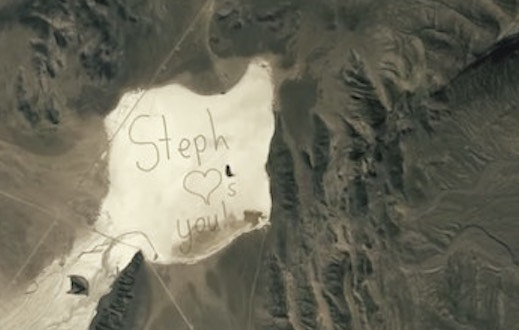 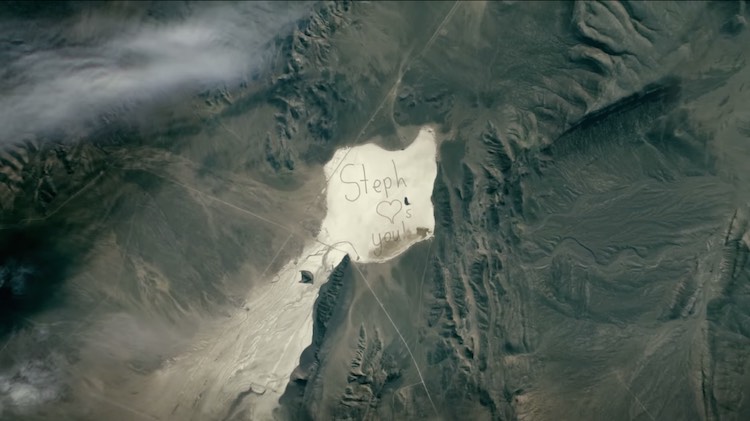 Can you deliver a message to space using a car? Yes, if you have 11 sets of tire tracks.

That’s how a 13-year-old girl sent her father aboard the International Space Station a short message–spread out over 1,300 acres.

The carmaker Hyundai provided the cars and the computers that turned the girl’s handwriting into GPS driving directions. Eleven cars, driving side by side, left tire tracks in a dry lake bed spelling out “Steph (loves) you.” And it was big enough for her father to see from space. The video below shows how it was done.

Hyundai only identified the girl as “Steph,” but ABC News reported Astronaut Terry Virts, scheduled to return from the ISS this month, has a daughter named Stephanie.

At 59,808,480 square feet, the image set a Guinness World Record for the largest tire track image — and arguably the largest billboard in the solar system.