Home All News Animals Girl Had Only Been Volunteering at Pet Shelter for Two Days When... 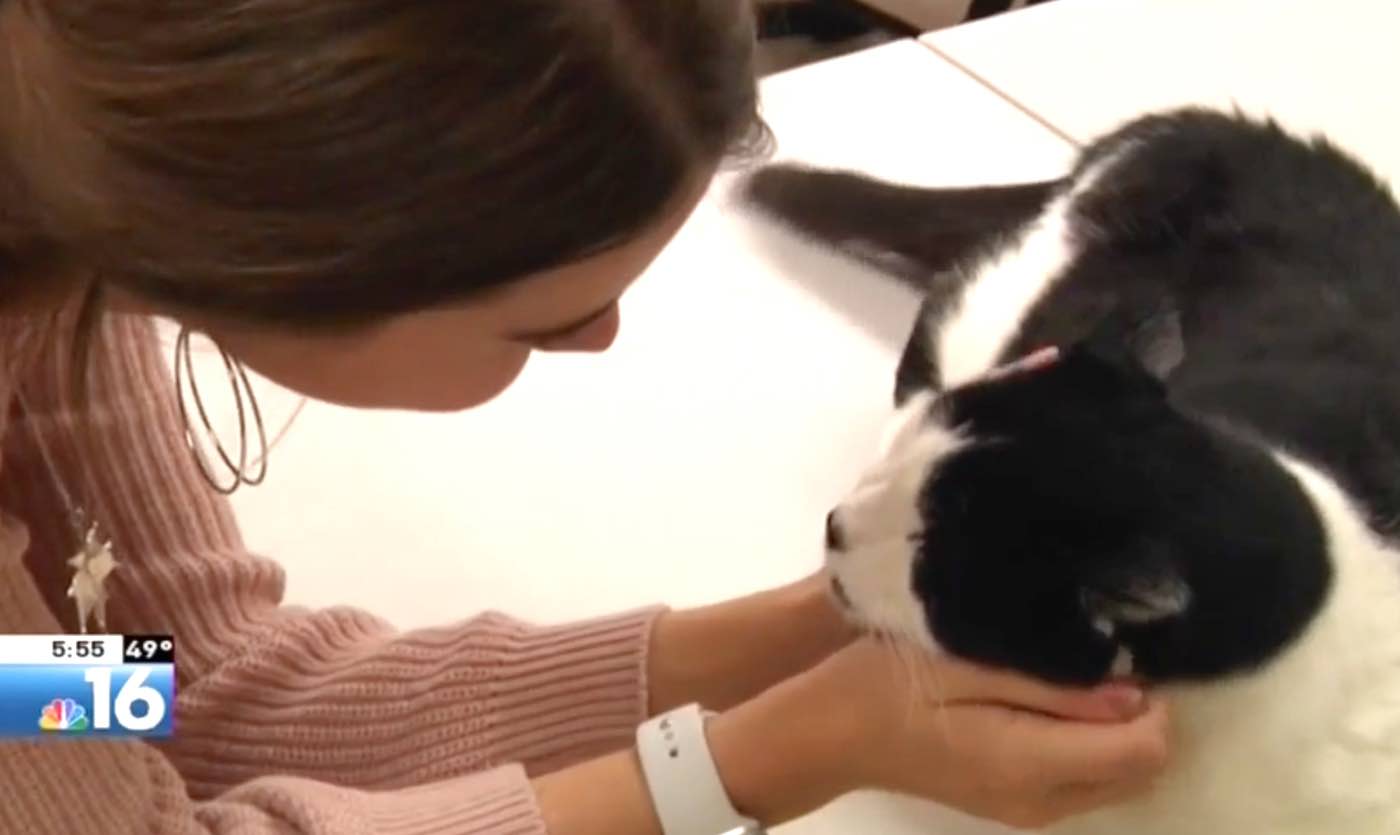 This 15-year-old girl had only been volunteering at her local animal shelter for a few days when she was suddenly reunited with her childhood cat named Spunky.

Hannah Rountree had not seen Spunky since he disappeared from her home in Roseburg, Oregon during a family vacation three years ago.

In the days following his disappearance, Hannah would often cry over her missing feline friend—and as more and more time went by, she and her family assumed the worst.

Now 15 years old, Hannah started volunteering at the Saving Grace Pet Adoption center back in December. As fate would have it, it was only her second day on the job when she noticed a cat who looked shockingly like Spunky.

RELATED: After Homeless Man is Featured on the Front Page, His High School Friends From 1971 Rally to Get Him Off the Street

To her surprise, it was indeed her missing cat.

The feline had been found on the side of a highway back in September. After he was put up for adoption, he was taken home by a couple only to be brought back to the shelter a few weeks later because he didn’t want to catch mice.

Since Hannah brought him back home, she says he has quickly become comfortable with his old stomping grounds once more—although this time, she made sure to get him microchipped.

(WATCH the news coverage below) – Photo by KMTR