Home All News Animals Give a Prisoner an Abused Dog and WATCH What Happens, Karmic Connection 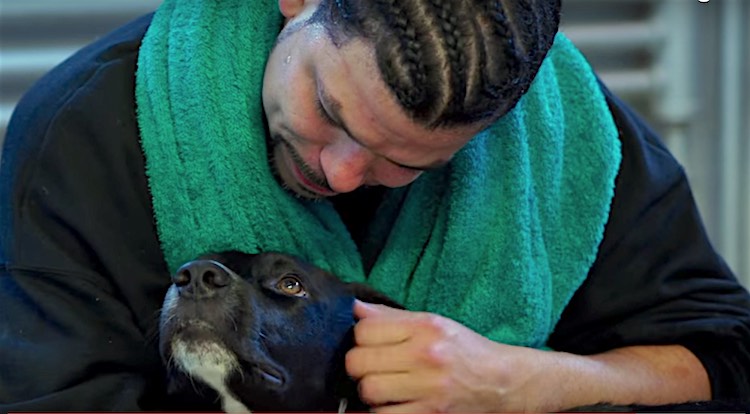 A Prison inmate can connect with an abused dog probably better than anyone. A new documentary shows firsthand how this connection can change two lives at the same time, and proves “nothing is impossible” when it comes to redemption.

“Dogs on the Inside” explores a Massachusetts program in which stray or wild dogs are given a second chance at life behind barbed wire as minimum security prison inmates foster them–and in the process, improve their own situations.

The prisoners bathe, feed, and train the dogs, preparing them for adoption. Over the course of the program, many of the men learn to build, for the first time, bonds of trust in their lives.

Its producers say their film “reconfirms the timeless connection between man and dog.” That link lets inmates see the gradual improvements in their dog’s nature and learn that they, too, can change.

The documentary’s bonus feature clips follow one dog and one inmate months after they leave prison, showing how both came out better equipped for a new life.

“Dogs on the Inside” is available online on iTunes, Google Play, Amazon–in DVD or Instant Video, VUDU, or at dogsontheinside.com.

(WATCH the trailer below