Home All News Heroes Hiker Was About to Die in a Snowstorm When She Was Saved... 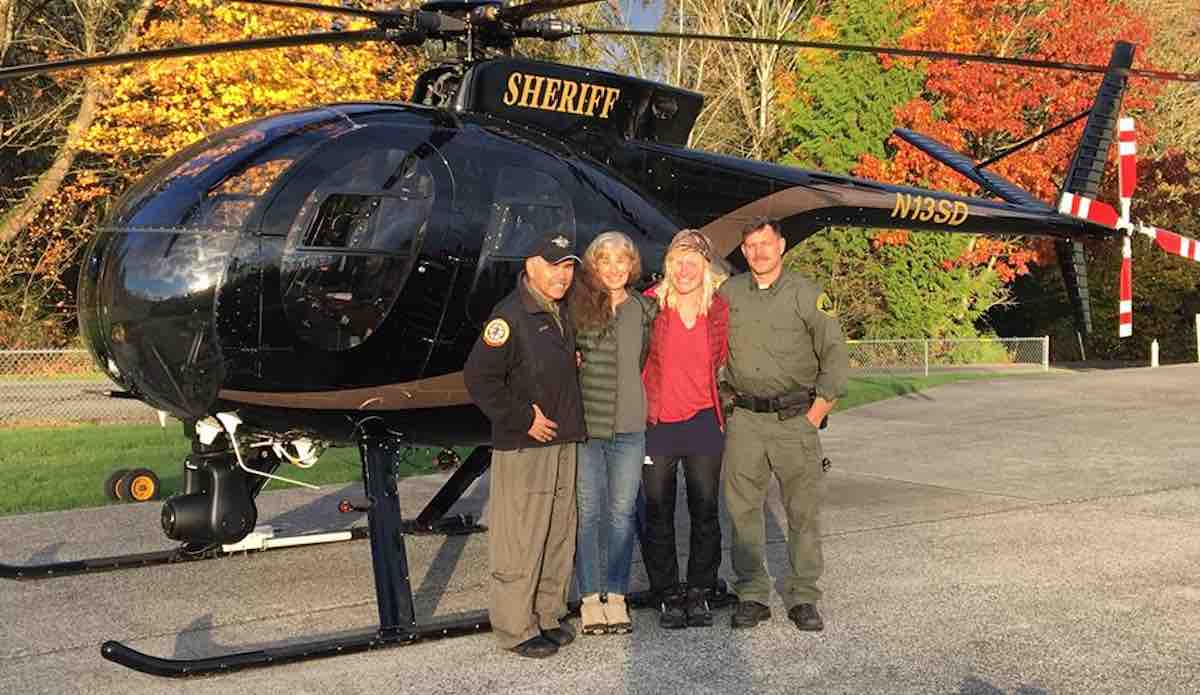 A 34-year-old hiker was in dire straits, but she was rescued thanks to a life-saving guardian angel—a stranger who couldn’t stop worrying about her.

Nancy Abell was out for a day hike in the mountains of Washington state in October when she first spotted a hiker in a red jacket heading north towards Canada without snowshoes.

Katharina Groene traveled from Munich determined to hike the entire 2,650-mile Pacific Crest Trail after feeling like she’d lost her faith in humanity—the exact storyline in the Reese Witherspoon movie WILD, based on the book written by Cheryl Strayed, which inspired her long hike.

Katharina started at the trailhead, journeyed north and made it all the way to the Glacier Peak Wilderness: an alpine mountain range in Washington that is considered the hardest part of the entire trail.

Since the area is prone to snow storms, most people try and finish the trail by September – but when October rolled around and Katharina found herself within 200 miles of Canada, she couldn’t bear to turn around when she was so close to her goal, despite Nancy’s advice to do so.

Katharina and Nancy spent several hours chatting while hiking side-by-side along the trail until they eventually parted ways. Nancy, however, could not stop worrying about the German hiker, so she made sure to check the daily weather forecasts along the trail from her home in Salta, Washington.

Only a few days later, a storm rolled in. Concerned for her new friend, Nancy posted on a local hiker’s forum asking if anyone had met a German hiker headed north. Someone reported they had run into her two days previously—but no on had seen her since.

Nancy couldn’t shake the feeling that Katharina was in danger, so she called rescue services and told them about the missing hiker. Since she knew that Groene had planned on hiking 15 miles every day, she calculated how far along the trail the German hiker would likely be based on the weather and how much she was carrying.

Sgt. John Adams of the Snohomish County Sheriff’s Office Search and Rescue Unit said, “She told us she would probably be north of Mica Lake but south of the Suiattle River—which ended up being right on.”

Sure enough, Groene had slowed to a pace of 7 miles per day trying to reach a ranger’s station 30 miles away. She was soaking wet and showing signs of hypothermia and frostbite. She was running out of food and the tarp that had kept her tent dry had blown away in the wind. Her cell phone had lost service by the time she woke up in whiteout conditions.

MORE: Grandma Drives Away Trouble On Her City’s Toughest Streets

She was prepared for the worst—but then suddenly, a rescue helicopter spotted her red jacket based on Nancy’s precise calculations. Katharina was saved.

She was invited to stay with Nancy at her home, where the two have become ‘Wild’ friends—and even though she didn’t complete the trail, she got to check off that box: Faith in humanity restored!