Home All News Inspiring His Love for Her is Deep–So He Proposed to Her Underwater at... 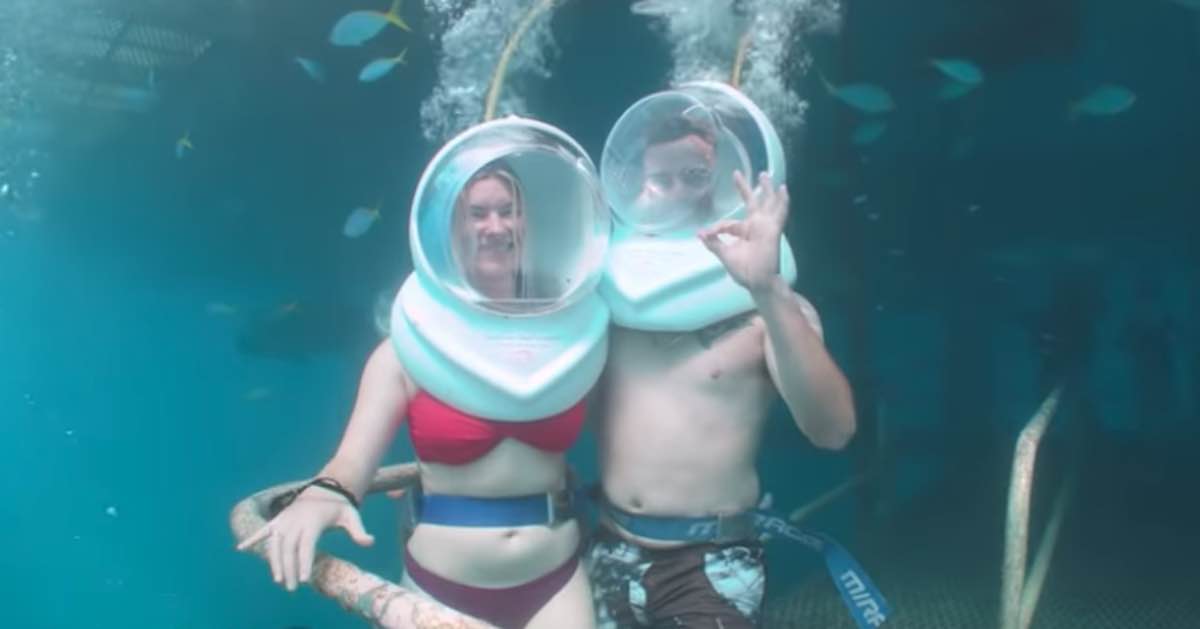 There may be plenty of other fish in the sea, but not for Lawrence Tufnel – which is why he orchestrated a very special proposal for his longtime girlfriend.

29-year-old Tufnel recently popped the question to 25-year-old Jasmine Robertson when they were both on an underwater tour of the Great Barrier Reef in Australia.

As the Perth couple was on a metal walkway overlooking the reef in Queensland, Tufnel turned to Robertson and pulled out the ring that had been secured inside the pocket of his swimming trunks. Their diving instructor then holds up a sign behind Tufnel saying: “Jasmine Robertson, will you marry me?”

Grinning, Tufnel indicated that she could simply give a thumbs up or thumbs down.

RELATED: An Amazing Story of Synchronicity as Heirloom Ring is Found by Strangers in Time for Marriage Proposal

Needless to say, she gave a thumbs up.

Tufnel says that he chose the unique proposal spot because he and Jasmine had gone diving for their first date six years ago.

“We had done a lot of diving in the past, so when the idea came to me I knew it would be something special,” said Tufnel, according to The Daily Mail.

“Jasmine had no idea what was going on. I just told her we were going underwater to see the reef, so she didn’t know about all the planning behind the scenes.”