Home All News Inspiring An Amazing Story of Synchronicity as Heirloom Ring is Found by Strangers... 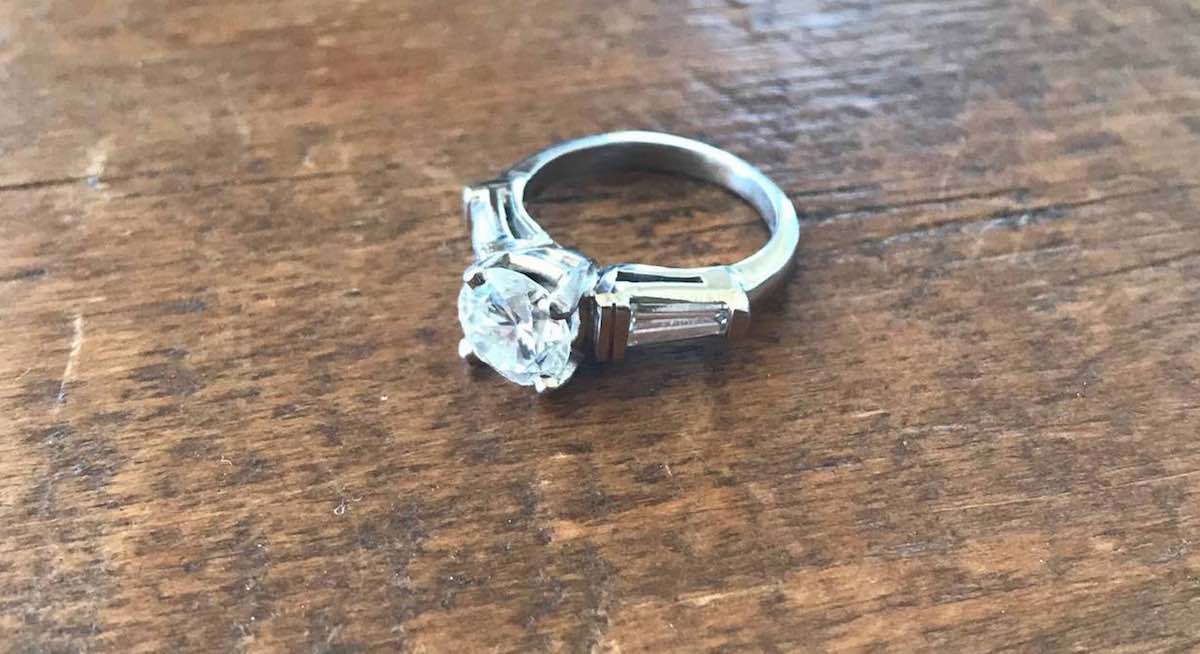 For three years, Nico Bellamy had been secretly holding onto an engagement ring that belonged to his girlfriend’s late grandmother. With the precious family heirloom tucked away in a safety deposit box, the 27-year-old had been waiting to pop the question to his beloved on a special vacation they’d planned in advance.

Then, on one frightful summer morning, he was horrified to find that it had been stolen.

(LISTEN to our weekly radio show to hear the quick conclusion, or continue reading…)

Bellamy told Good News Network that – after he and Caitie Schlisserman had been dating for a long time – her father had slipped him the engagement ring so it would make his marriage proposal all the more special.

“Caitie’s dad gave me the ring the morning after her older sister got married,” he wrote in an email. “I joke that it was a not-so-subtle hint to get on with it already, but I think in reality he expected that after being together for seven years, I’d probably be proposing at some point in the future and he wanted his daughter to have a family heirloom.”

LOOK: Couple Gets Married on Mt. Everest and, Despite Difficulties, the Photos are Breathtaking

Back in July, Bellamy and Schlisserman were preparing to move across town to a new house in Silver Lake, California. As a means of keeping the heirloom closer to home, Bellamy withdrew the ring from the safety deposit box, slipped it into a plastic bag, and then into a tiny box, and put the little package in his backpack.

Shortly after the move, they were just about to go to the airport to pick up Katie’s father, and when Nico looked for the ring, he found that the backpack had been unzipped and the box was gone.

Overcome with panic, he realized that it must have been stolen by the movers who were at his house earlier that week. As he drove to the airport—still trying to keep the secret from Catie—Bellamy just stared off wondering what he would tell his future father-in-law.

On the way back from the airport, however, Bellamy took a back road in order to avoid traffic, and that is when fate stepped in.

RELATED: Woman Deceived On the Internet by Older Man Finds Love With Model Whose Photos Lured Her In

The distraught boyfriend spotted a sign posted to a tree that made his heart stop. The sign read: “Found Engagement Ring”.

Bellamy left Catie and her father at the house and “took the dog for a walk”, and contacted the phone number on the sign.

It turned out these people had found the ring box in a nearby alley, where the movers had been a week earlier. Bellamy guesses that the movers looked inside the ring box, saw the crumpled up plastic bag, and assumed that there was nothing in it. The two good Samaritans almost threw the box into the trash themselves, before ‘something told them’ to look inside.

LOOK: Senior Learns How to Do Wife’s Makeup Before She Goes Blind

Thanks to the strange twist of fate, Bellamy was able to take the sentimental keepsake to Paris, when they finally took their dream vacation, and slip it on Catie’s finger on New Year’s Eve. 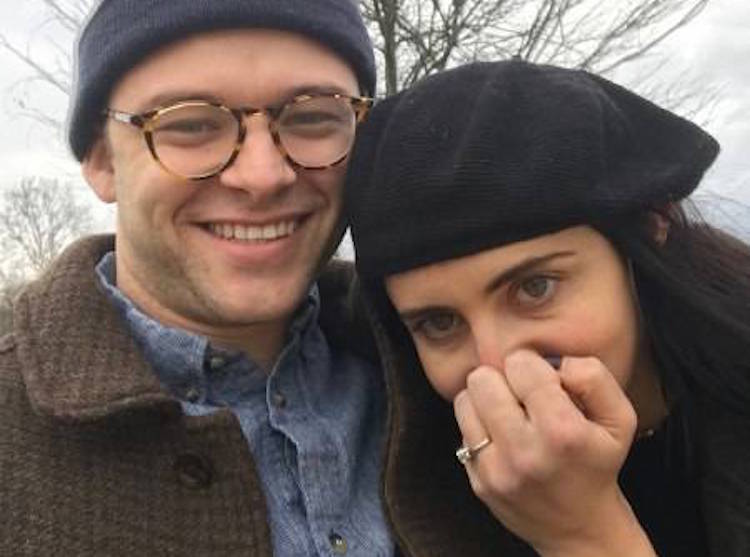 “The couple that found the ring is definitely invited (to the wedding),” Bellamy told Good News Network.

“They actually don’t know they’re invited yet, because we haven’t sent out invitations and I haven’t seen them in the last few weeks, but I did text them after I proposed to thank them for saving my ass,” he added.

Only one sign was hung in the neighborhood—and on a street that Bellamy never drives down. What is Catie’s explanation for the coincidence?

“I like to think that it was my grandparents watching out for us.”