Home All News Heroes Instead of Running, These Inmates Rush to Aid Their Supervisor Who Collapsed... 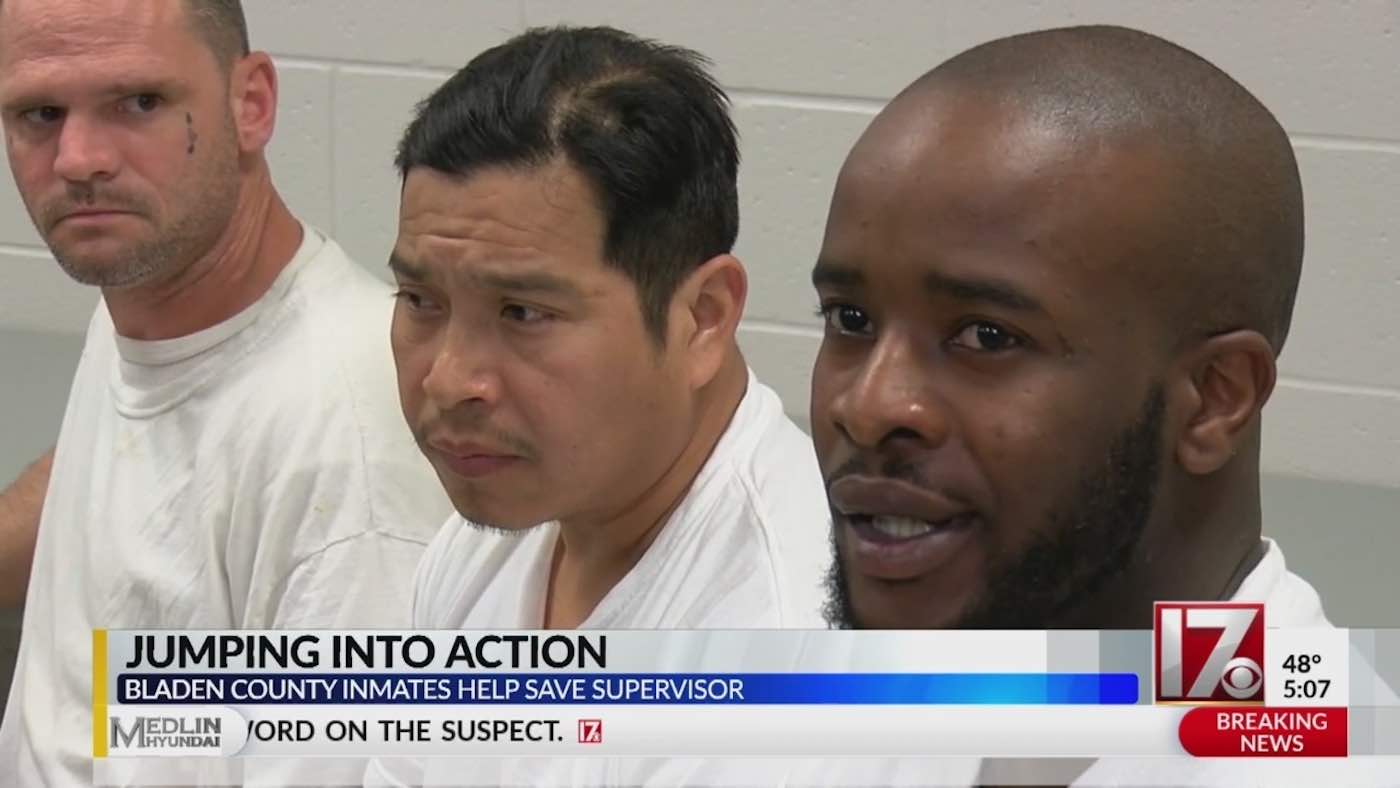 These three inmates could have taken advantage of their security supervisor’s medical emergency earlier this week – but instead, they stayed by his side and ensured that he was taken care of.

The Bladen County inmates from North Carolina were picking up trash on the side of the road as a part of a program that allows them to perform community service in exchange for having their jail time reduced.

Their work was interrupted, however, when their supervisor James Smith started to stumble, which led him to fall into a ditch.

The inmates immediately rushed to his side. When Smith was unable to answer basic questions, the men used his phone to call for an ambulance before stopping traffic and asking drivers for help, according to the sheriff department’s Facebook page.

Paramedics escorted Smith to the Cape Fear Valley Medical Center where doctors were able to diagnosis the episode as a stroke.

While the supervisor has been recovering in the hospital, each of the three men were honored with the sheriff department’s esteemed Life-Saving Award.

The awards can dramatically improve their chances of landing employment once their are released from prison, but the men say that they are simply happy that Smith is okay.

“At the end of the day, knowing he is OK, that makes you feel better,” one of the inmates told WECT, with another inmate adding: “He’s a good man. He’s more than a police officer. He’s more or less like my friend. He’s just a really good guy all the way around.”

Upon presenting the awards, Sheriff Jim McVicker said: “It goes to show, if you treat people right, they’ll return the favor and treat you right, and that’s exactly what [these men] have done here.”

(WATCH the news coverage below) – Photo by WECT