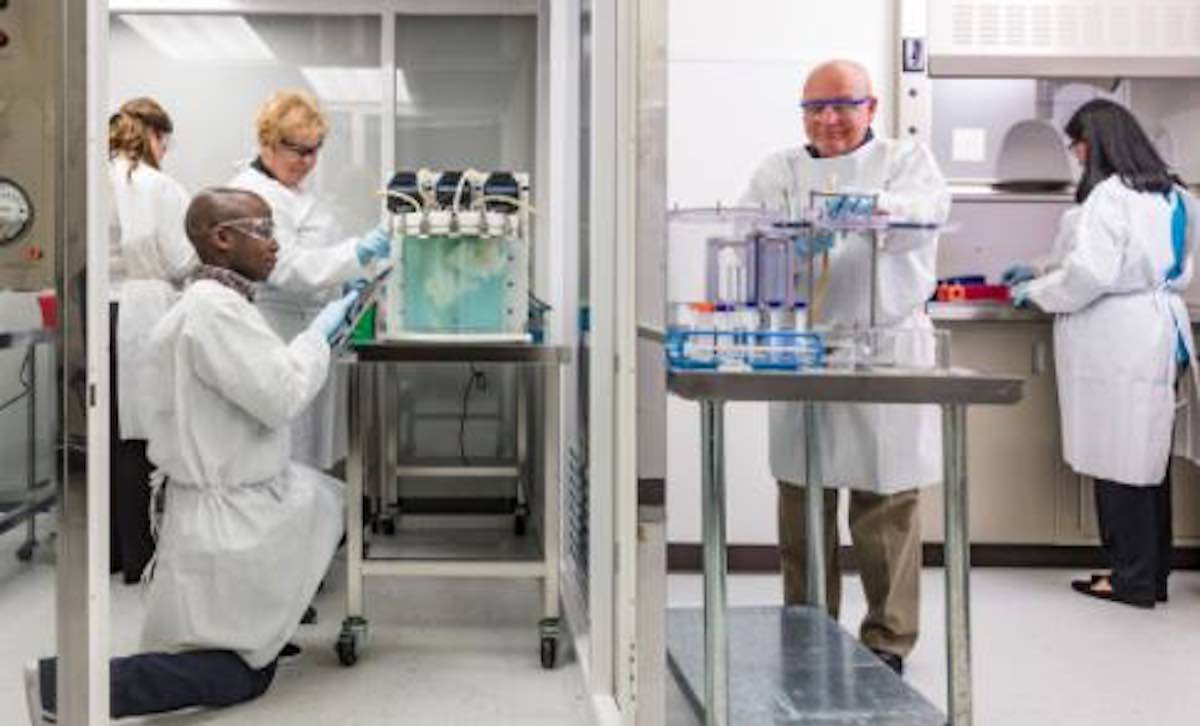 A research team has succeeded in making bioengineered lungs and transplanting them into adult pigs with no medical complications.

The project was carried out by Joan Nichols and Joaquin Cortiella from The University of Texas Medical Branch at Galveston, who, in 2014, were the first research team to successfully bioengineer human lungs in a lab.

Now, in a paper available in Science Translational Medicine, they provide details of how their work has progressed to where no complications have occurred in the pigs as part of standard preclinical testing.

To produce a bioengineered lung, a support scaffold is needed that meets the structural needs of a lung. A support scaffold was created using a lung from an unrelated animal that was treated using a special mixture of sugar and detergent to eliminate all cells and blood in the lung, leaving only the scaffolding proteins or skeleton of the lung behind. This is a lung-shaped scaffold made totally from lung proteins.

All of the pigs that received a bioengineered lung stayed healthy. As early as two weeks post-transplant, the bioengineered lung had established the strong network of blood vessels needed for the lung to survive. After two months, the lungs had 100 percent oxygen saturation, meaning that all of their red blood cells were carrying oxygen through the body.

The researchers said that with enough funding, they could grow lungs to transplant into people in compassionate use circumstances within 5 to 10 years.

“It has taken a lot of heart and 15 years of research to get us this far. Our team has done something incredible with a ridiculously small budget and an amazingly dedicated group of people,” said Nichols and Cortiella.