Home All News Animals Labrador Retriever Has Been Helping Owner Collect Hundreds of Pounds of Trash... 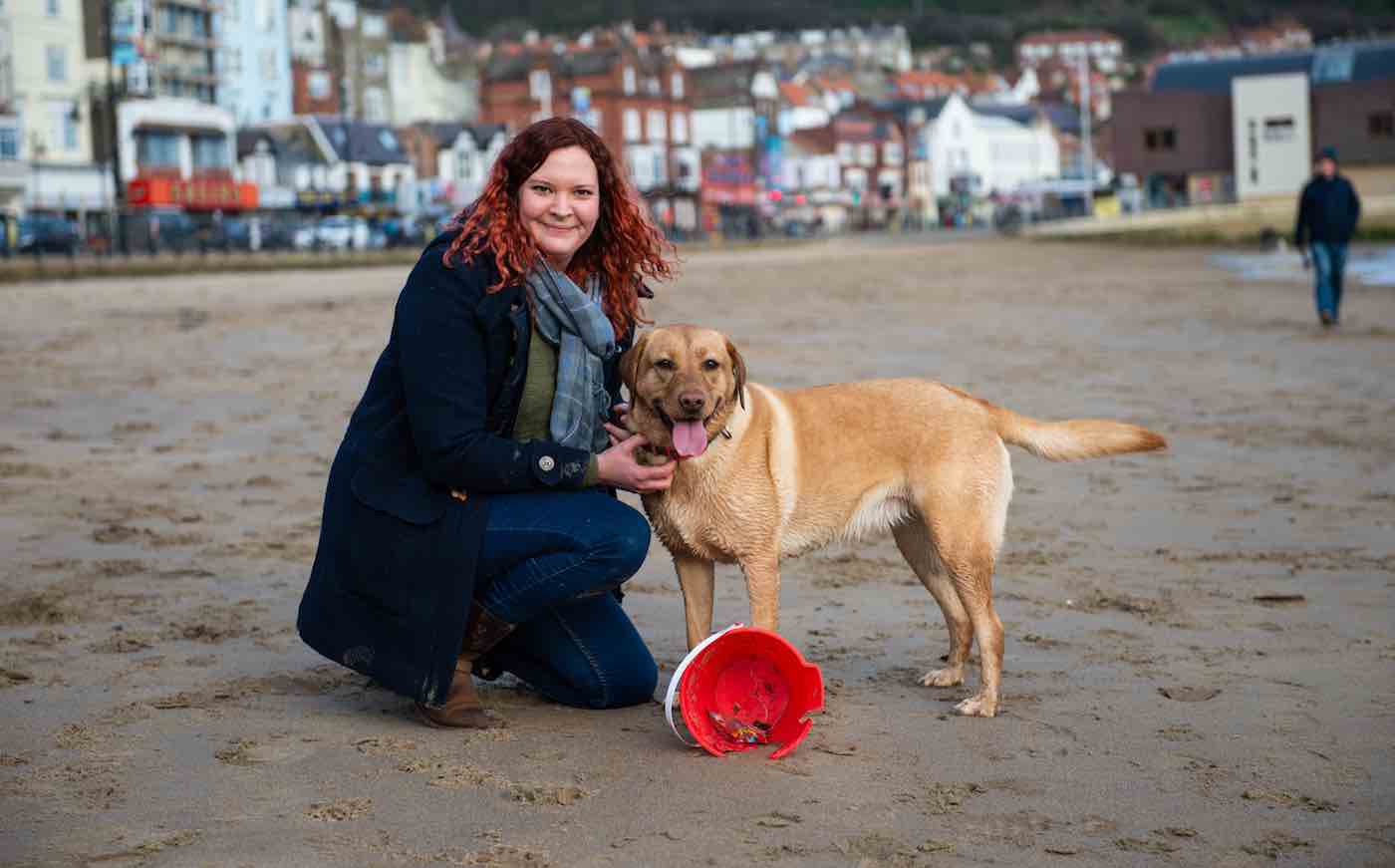 This 2-year-old pooch has been doggedly helping her owner pick up trash from their local English beach—and together, they have collected hundreds of pounds of garbage.

As a puppy, Molly the Labrador retriever would always find pieces of trash to play with—which inspired her owner Fliss Cater to turn the pup’s habit into a good cause by encouraging her to deposit all the garbage into a trash bag.

“I’ve had Molly since she was just nine weeks old and she’s always loved picking up plastic bottles,” says Cater. “Labradors are quite inquisitive and energetic so I was lucky that she immediately had a knack for it.

“We’ll pick up hundreds of items every single day, and I’ve had to upgrade from small bags to massive bin liners,” she added. “She loves it so much she doesn’t ask for treats when she finds something, all she wants is a ‘good girl Molly’ and she’s a happy dog.”

When Cater moved to Scarborough, North Yorkshire to open a bath and skincare shop in 2017, she says she couldn’t believe how much litter she was left “senselessly” on the nearby beach.

She was shocked and appalled by the “unavoidable” amount of litter she found while taking Molly for walks along the coastline.

CHECK OUT: Students Design Beach Vacuum That Can Suck Up Microplastics While Leaving All the Sand

“If you live by the beach and enjoy it, I think it’s our responsibility to keep it clean,” says Cater. “In the summer it was impossible to avoid the litter—it was just everywhere.”

After just a few months of training, however, Molly and her owner began collecting all of the ropes, discarded toys, and plastic bottles.

“I taught her different commands to keep her safe, because there’ll be things on the beach that could harm her,” says Cater. “There are needles and sharp objects or just things you wouldn’t expect, so I wouldn’t let her go and pick anything up on her own.

“As a puppy, she picked up a dead animal once or twice, but I told her off and put on my angriest voice and she’s never done it since.

“She’s such a good girl and she’s never had any issues unless she spots a tennis ball—tennis balls take precedence over everything.

Cater says she never leaves the house without stuffing her bag with bin liners and plastic gloves because she knows Molly will always find something.

“We always pick litter when we go on walks, no matter what … I can’t take credit for her great work, she’s the best dog and it’s really just the way she is.”

Their daily walks have since made Molly somewhat of a celebrity among the beach-goers, too.

“She still doesn’t know the difference between an empty discarded bottle and a bottle that is still full which has led to some interesting situations. She’ll sometimes come back to me with a full bottle and I’ll look across the beach and there’ll be a confused person wondering why this dog has just stolen their drink.

“Her intentions are good though, and she’s just trying to do the right thing,” says Cater. “Thankfully no one ever gets angry because she’s so cute.

“We get stopped all the time by people who think it’s adorable that she’s cleaning. She gets so much attention and she loves it, she knows she’s a bit of a star.”

Cater hopes Molly’s unique skill set will not only help clean up the beach, but also make people think twice before littering.

“Unfortunately Molly can’t clean the beach on her own, but she’s trying,” says Cater. “We want to get people involved or at least make them think twice before disposing of their litter so carelessly.

“It’s particularly alarming on the beach because people will drop rubbish in the sand, and then it’s a battle against the tides to beat them to it.

LOOK: Group of Birds Employed by French Theme Park to Pick Up Trash

“Once the tide comes in, the litter is gone and will make its way into the sea and threaten our marine life.

“If you’re a business here, who relies on people coming to the beach, I think you’ve got a responsibility to protect it.”

The cleaning duo don’t expect to ever complete their task, but Cater says they won’t stop until the beach is clean.