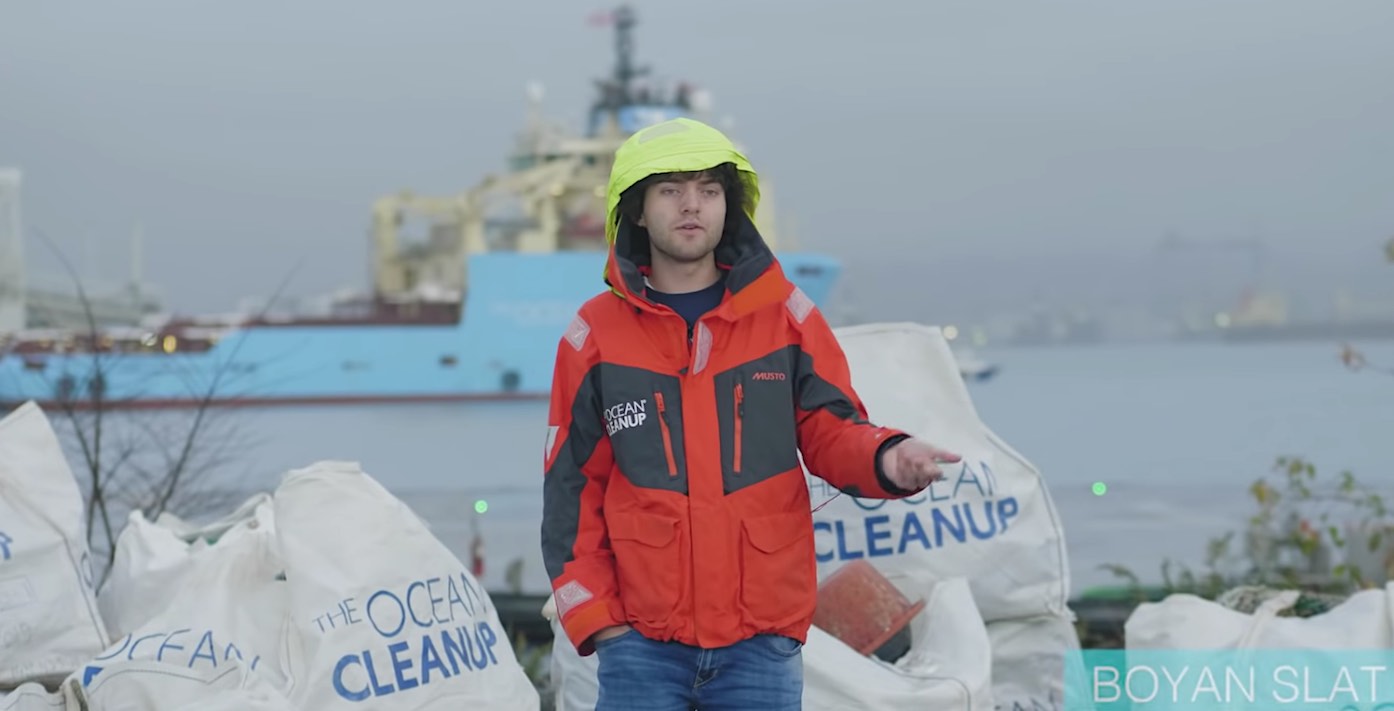 Boyan Slat is the young engineer responsible for the organization that recently collected two shipping containers of trash from the Great Pacific Garbage Patch for the first time in history—and now, the Dutch conservationist is setting his sights on the very source of most of that water pollution.

Slat already has his oceanic cleanup vessels deployed along the path of key ocean currents, allowing vast amounts of plastic waste to drive themselves toward his devices before being hoovered up and moved to shore for recycling. He has also confirmed they are capturing even microplastics that are one millimeter in size.

But, simultaneously, he is also tackling a related issue—a facet that is just as critical to the overall plastic pollution problem: the world’s most littered rivers.

RELATED: This Revolutionary Blast Furnace Vaporizes Trash and Turns It into Clean Energy (Without Any Emissions)

Slat and his organization, The Ocean Cleanup, began targeting river pollution after their research revealed that 1,000 of the world’s rivers are responsible for depositing 80% of all the trash that is currently swirling in the ocean.

By “turning off the taps” and catching the plastic along the river’s course, the much more difficult task of capturing it in the ocean can be mostly avoided.

The Interceptor collects trash by extending a water-permeable barrier halfway across the river. A conveyor belt at the front of the Interceptor then scoops the plastic out of the water and deposits it onto a shuttle that moves across the length of the barge and deposits the trash into one of 6 dumpsters which can be remotely monitored by an onshore crew.

Once full, the dumpsters—which sit on a separate barge—can be removed by another boat and brought ashore for recycling.

At top performance, the Interceptor can extract 220,000 pounds (100,000 kilograms)  of trash per day, and with several Interceptors placed along key or narrower parts of the river, minimal amounts of garbage are ever likely to reach the ocean.

Interceptor 002 at work in Klang, Malaysia. Was amazing to see it in reality! pic.twitter.com/7xXoYojgzX

Slat’s goal is to have Interceptors in all 1,000 of the worst polluting rivers by 2025. The Interceptor is scalable and easily manufactured, allowing it to be more widely available in poorer countries where pollution is at its worst because waste disposal is far less developed than in most Western countries.

Currently, The Ocean Cleanup has Interceptors in the Klang River in Kuala Lumpur—which is among the 50 worst rivers for pollution—and the Cengkareng Drain in Jakarta.

The Ocean Cleanup will help anyone looking to lobby their local governments for implementation of the Interceptor in their own rivers, which readers can explore by visiting the “Nominate your River” section of the organization’s website, which also describes how you can become an operator, and where the 1,000 worst rivers are in the world.

If you DONATE $50 to keep the Interceptors and ships operating, you are guaranteed to receive one of the first recycled products, to be announced later this year, from the Pacific Garbage Patch.

(WATCH the video explaining the brilliance of the Interceptor below)

Float This Great News Over to Your Friends On Social Media!