Home All News Inspiring Humble Popcorn Seller From Texas is Now the ‘People’s Prime Minister of... 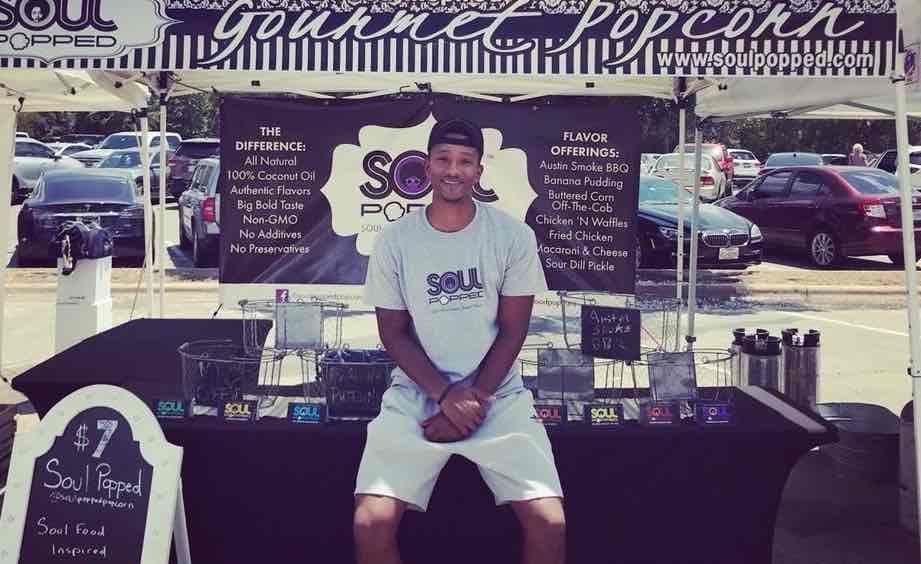 Even though he’s 9000 miles away, a 30-year-old popcorn-seller has become the ‘People’s Prime Minister of Australia’.

Peter Dutton started receiving nasty messages on his Twitter feed in Austin earlier this year, and he couldn’t figure out why people were so angry with him.

He created the Soulfood Gourmet Popcorn brand, which people love. But, he also shares the same name as the ultra-conservative politician who just lost the race for prime minister in Australia.

Throughout the election, the American Peter Dutton took the barrage of messages with a grain of salt, tweeting:

“I wish the people of Australia would look at my profile and realize I’m a 30-yr-old black man before sending me tweets and DMs.”

When Aussies on Twitter caught wind of his polite and good-natured reactions, as a result of the mistaken identity, they immediately showered his social media account with love—and his popcorn business with a flood of support.

They collectively nominated the popcorn-maker as the “PEOPLE’S Prime Minister of Australia”.

Like a newfound second family, people begged him to visit and offered to host him, with promises of bottomless beer.

A GoFundMe page allowed his 6,000 new Twitter followers to donate money for the plane tickets—and now Peter and his wife are packing up loads of popcorn to share across the country, planning soulful meet-ups with the folks down under.

“We can have a big Soul Popped Popcorn party, take some pictures, and [you can] show me around your beautiful country…”