Home All News Inspiring Immigrant Endures Misery, But Stays Positive Until a Brilliant Idea Unlocks the... 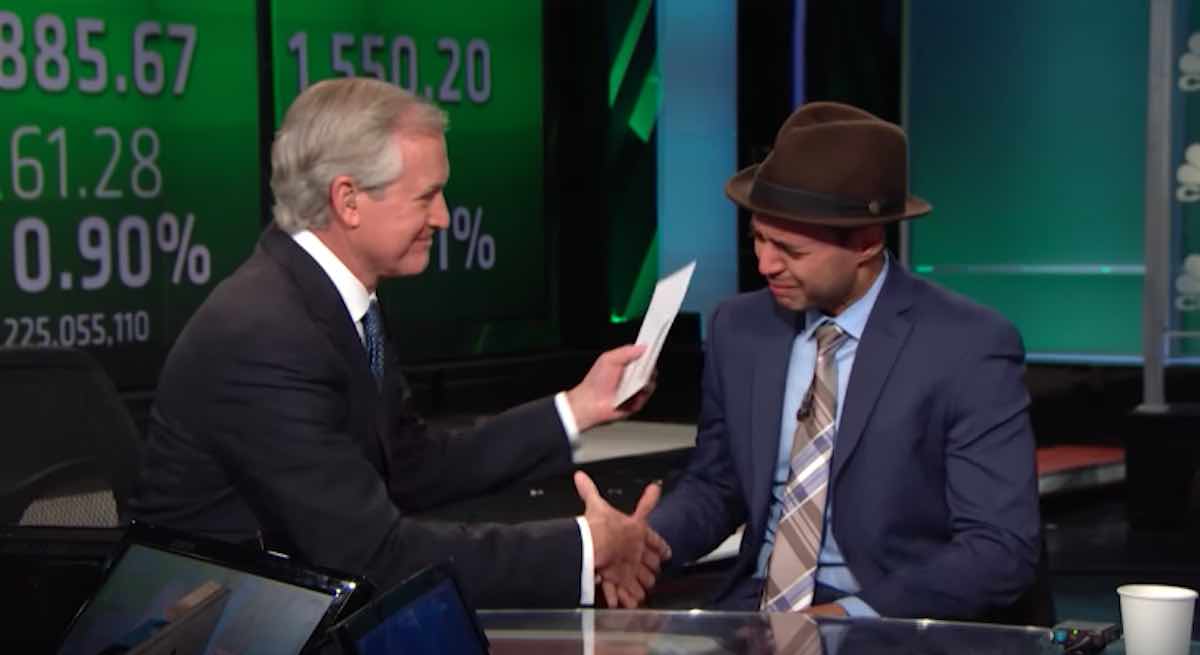 LISTEN to this story on the radio with The Good News Guru, from Friday’s broadcast with Ellen K and Geri, GNN’s founder, on KOST-103.5 — Or, READ the story below… (Subscribe to our podcast on iTunes – or for Androids, on Podbean)

Many musicians migrate to Los Angeles, but fail to find success. Instead of quitting and going home, this guy stayed—and persevered through agonizing years—until he serendipitously stumbled onto a brilliant idea.

He discovered his path to prosperity in an unlikely way, too—by becoming depressed and gaining 50 pounds.

There were many days when he felt like quitting, reports Entrepreneur. But, during all the lousy dishwasher and janitorial jobs, Robbie Cabral kept hearing a voice inside saying, ‘This will lead to something else—keep pushing forward—stay positive’.

He finally did find fortune—but only after he was laid-off from a good job in management right before Christmas, when his wife was about to give birth to their first child.

The young man from the Dominican Republic became so depressed he gained 50 pounds. Then, he joined a gym.

POPULAR: Farmers Stay Silent During Auction So Young Man Can Win Back His Family Farm

Every time he went, he would notice people having trouble with their locks, forgetting their combinations, losing their keys, or having cheap ones broken into and their possessions stolen.

Cabral got the idea to make a smart lock that can only be opened with your fingerprint.

Despite having no tech experience, he managed to find an engineer to help him build a prototype. He also needed to endure family pressure for three years, as they told him to ‘get a REAL job.’

Finally, he signed up for the Consumer Electronics Show in Las Vegas—with his prototype called Benjilock— and it was a huge success. It won an innovation award there, and someone suggested that he audition for the Shark Tank television show, which was hosting a casting call at the very same convention.

Sure enough, he was featured on the show in October, passionately pitching his Benjilock. He was offered nearly a quarter million dollars of investment money, in exchange for 15% of his company. In December, he was surprised during a television interview with his first royalty check for $100,000, and he wept.

Throughout all those crappy jobs, he listened to his gut and followed his passions until he eventually unlocked the door to the American Dream.

(WATCH an interview below)

Encourage Your Friends…Share the Inspiration – Photo by CNBC