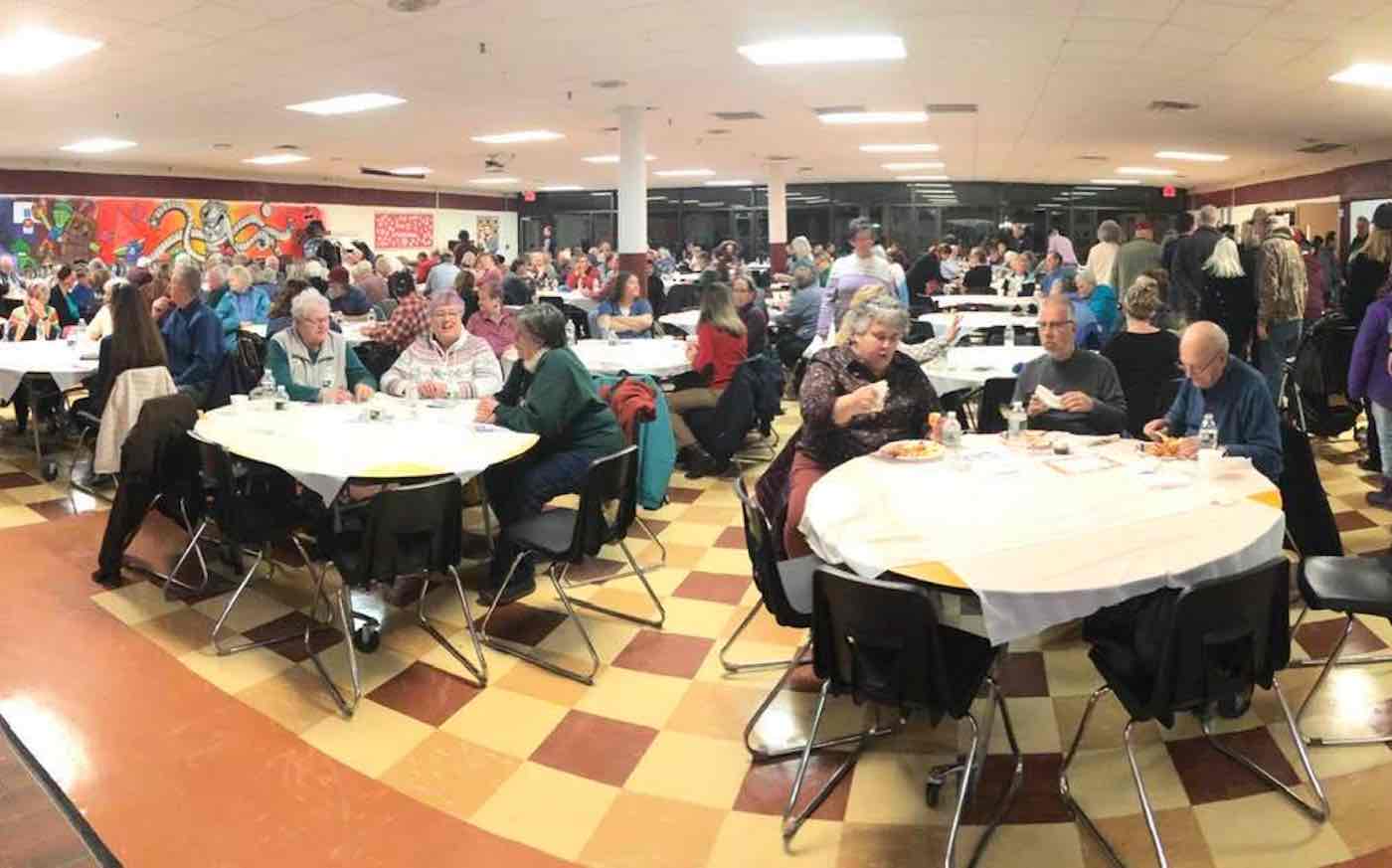 After a 95-year-old woman was robbed of her life savings, her community managed to replace it all by serving spaghetti.

Last summer, Barbara Hinckley’s bank accounts were emptied of about $16,000 after she was targeted by a conman who convinced her she had won second place in a Publisher’s Clearinghouse contest with a prize of $2.5 million and a Mercedes-Benz.

The senior from Auburn later told news reporters about the scam in hopes that it would deter other people from falling prey to the same scheme. When former Maine Gov. John Baldacci heard about the incident on the news in November, however, he was immediately spurred to help.

“Stealing from the elderly is not the Maine Way,” said Baldacci, as reported by the Bangor Daily News. “Let’s turn something bad into something positive by showing the world our true Maine character.”

RELATED: Kroger Donates $500,000 Facility to Rival Grocery Store So Community Won’t Be Left Without a Supermarket

Baldacci spearheaded a spaghetti dinner fundraiser for Hinckley earlier this month. With 60 pounds of noodles, 17 gallons of sauce, and dozens of cases of vegetables, Baldacci told the Sun Journal that his goal was to not have any food left over by the end of the night.

After 400 people attended the fundraiser, they raised a whopping $18,000—which is even more than what Hinckley was swindled out of.

Hinckley’s daughter Marsha Donahue told the Press Herald that she and the rest of their family had been amazed by people’s compassion during the dinner.

MORE: When Man Got Sick of Trash and Crime, He Bought Buddha Statue for the Street—and Transformed the Neighborhood

“From the unexpected $1,000 checks to the obviously financially struggling people in line that gave extra above their tickets, I have been bowled over by people’s generosity,” said Donahue. “It has been a roller coaster ride for her and all of us in the family, too, from destitution to solvency.”

Hinckley also says that she is glad that her story could serve as a warning for others—and she has reassured reporters that she will no longer be allowed to spend any of her new life savings without first getting her family’s permission.