Home All News Religion When Man Got Sick of Trash and Crime, He Bought Buddha Statue... 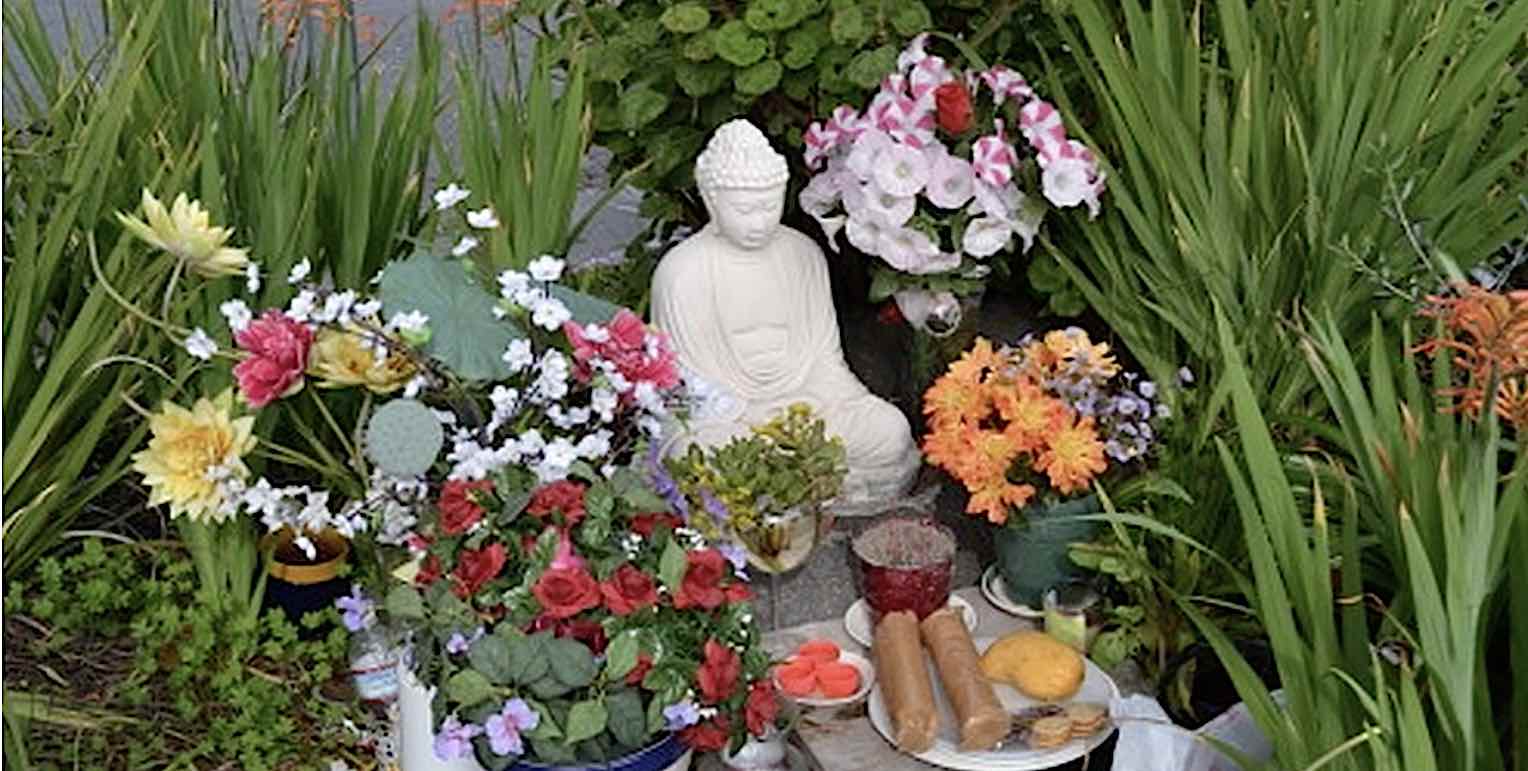 Back in 1999, this California intersection was rife with trash and criminal activity—but the area has been transformed thanks to one little statue.

Dan Stevenson, who is a resident of Oakland, says that after making countless calls to the local public works department, he had grown sick and tired of the litter and dubious dealings.

Despite not being a religious person, Stevenson was eventually inspired to attach a two-foot high statue of Buddha to a rock in the median strip of the intersection. He hoped that its religious influence would help to “shift the energy” of the neighborhood.

What happened in the years afterward was nothing short of stunning: fewer and fewer drug deals were made at the intersection; less trash was thrown on the street; and small gifts started appearing around the statue.

When several local Vietnamese residents were informed of the statue’s placement in the median strip in 2010, they took it upon themselves to build a shrine around the Buddha and use it for regular prayer sessions.

Not only has the shrine served as a community space for both religious and non-religious neighbors, it has also had a dramatic impact on the neighborhood crime rate. Since the worshippers began showing up for prayer at the shrine, a police statistician told SF Gate reporters that crime rates had fallen in the neighborhood by 82% in five years.

Though the “Buddha of Oakland” has been vandalized a few times over the course of the last decade, the locals have never failed to build it back again bigger and more beautiful than before.

“It’s become this icon for the whole neighborhood,” Stevenson told Oakland North. “There’s a lot of people that are not Buddhist that really come and just talk in front of him, they walk their dogs, they stand there—it’s a place where people meet and talk. It’s just cool.

“Since the Vietnamese have adopted the space, every morning they come and they clean it, and they sweep it,” he added. “It just kind of turned the whole thing around to zero. No more mattresses and no more garbage and no more graffiti and no more hanging out.”