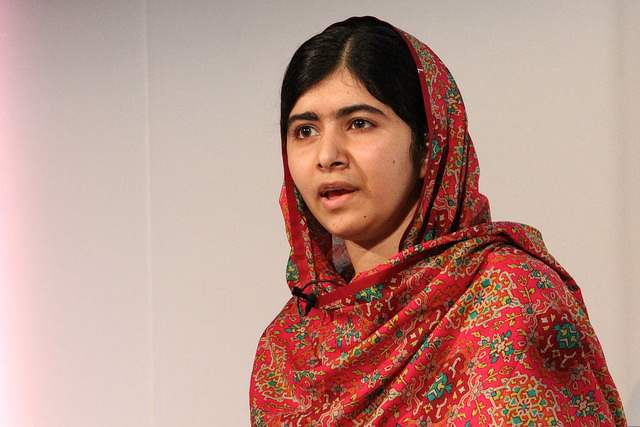 Malala Yousafzai has inspired millions of women and girls to stand up for their right to an education.

Her mother turned out to be one of them.

Three years ago, Malala was shot by the Taliban in her own country of Pakistan for advocating girls’ education. She not only survived, she became more influential and determined in her crusade, becoming the youngest person ever to win a Nobel Peace Prize.

Now her mother, Toor Pekai, revealed publicly for the first time that she, herself, has returned to school after dropping out at a young age when she was the only girl in the room.

Malala Turns 18 Today: She Has Big News for Fans and Syrian Refugee Girls

She made the announcement in London, during the recent Women in the World Summit, which took place three years to the day of the anniversary of the attack on Malala.

“I love it very much. I enjoy reading and writing and learning, but when I come home and they have given me homework I put my bag in the corner — I say ‘I can’t be bothered,’” she said at the summit. “But then Malala comes home and says ‘where is your bag, have you done your homework,’ and I want to say ‘Oh it’s a bit hard!’”

A documentary about the family and their new life in the U.K., He Named Me Malala, is currently in theaters.