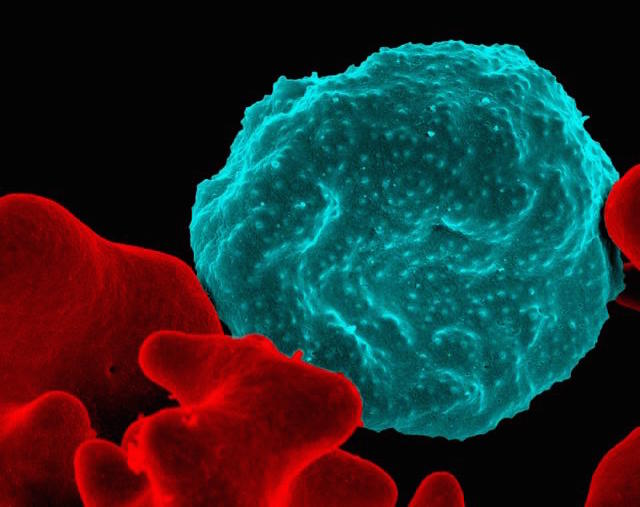 Scientists for decades have been searching for similarities between a placenta and a tumor, because both grow so aggressively. Now they have stumbled upon one–and inadvertently, a possible powerful treatment for multiple kinds of cancer.

The researchers were looking for something completely different — a vaccine to protect pregnant mothers and their children from malaria – and in their quest found a malaria protein that effectively destroyed 90% of a wide range of cancer cells, from leukemia to brain tumors.

RELATED: Meet the Chicago Teen Who May Cure Colon Cancer

They noticed the carbohydrate that the malaria cells attach itself to in the placenta is identical to the one found in cancer cells. They then took the protein in malaria and added a toxin to it, turning it loose on cancer. The modified malaria protein latched onto cancer cells in the tests, released the toxin, and destroying almost all cancer cells in their tracks.

Since scientists use only the protein created in a laboratory instead of the actual malaria cell, there’s no risk of the patient developing malaria.

“It appears that the malaria protein attaches itself to the tumor without any significant attachment to other tissue,” said an optimistic Thomas Mandel Clausen, a Ph.D. student at the University of Copenhagen. “And the mice that were given doses of protein and toxin showed far higher survival rates than the untreated mice. We have seen that three doses can arrest growth in a tumor and even make it shrink.”

“I think there’s some irony to the fact that you can take a serious disease such as Malaria…and then use it to target another dreadful disease,” said Mads Daugaard, Senior Scientist at Vancouver Prostate Center, and one of the authors of the research.

Human trials for the cancer treatment are now being planned.

(WATCH the video below) — Photo: National Institutes of Health