Home All News Inspiring Meet the Man Who Has Broken 129 Guinness World Records in Just... 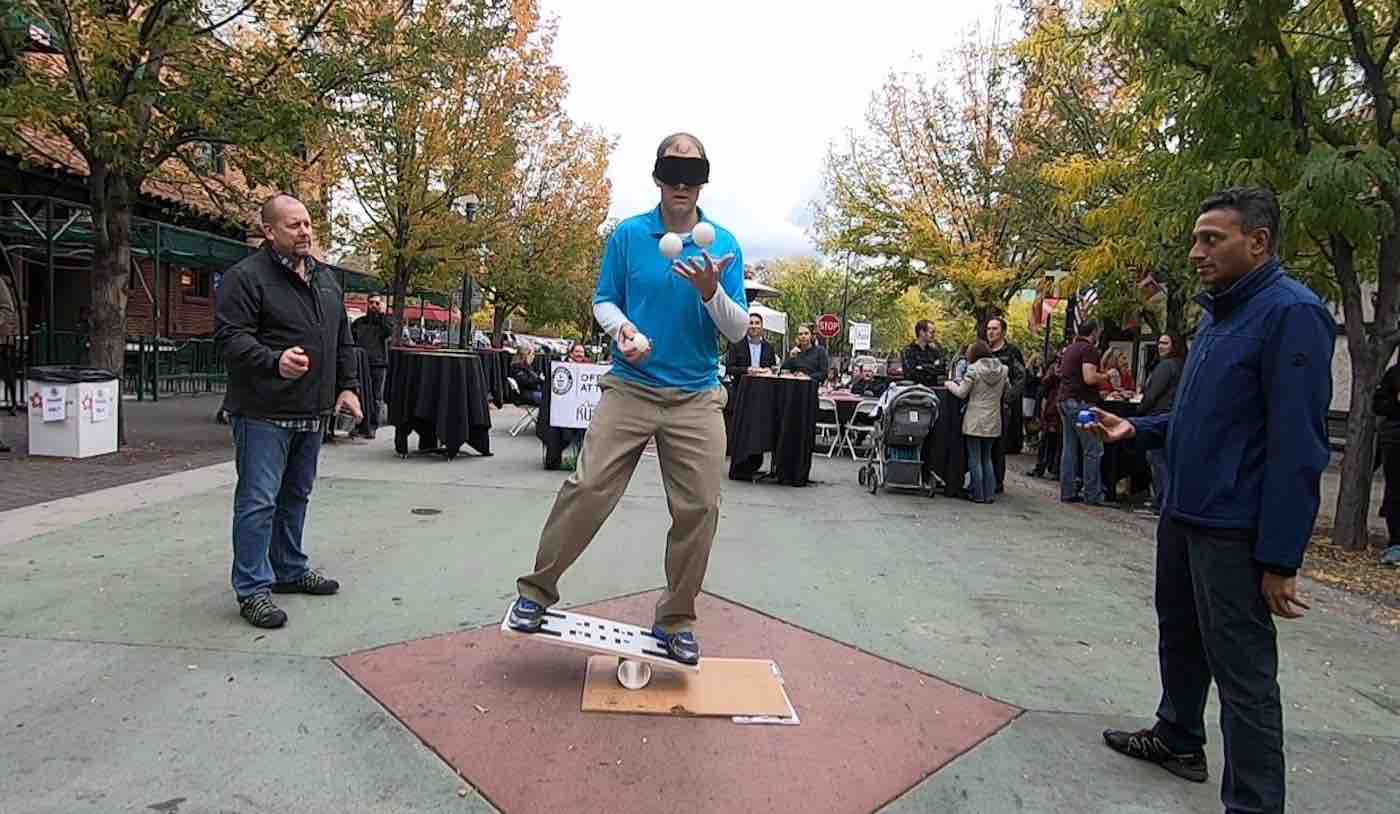 Some people may only dream of holding at least one Guinness World Record in their lifetime—but this man has managed to break 129 records in just 4 years.

34-year-old David Rush spends the majority of his spare time smashing records that range from remarkable to bizarre.

He holds the official Guinness crown for farthest tortilla thrown (54 feet and 5 inches) and the farthest distance to blow a pea in one breath (41 feet and 3.5 inches).

He also holds the record for the fastest half-marathon while skipping, at two hours, 13 minutes and 41.8 seconds.

WATCH: 34-Year-Old Athlete Just Became the First Human in the World to Finish a Marathon in Under 2 Hours

Rush, an MIT graduate with an electrical engineering degree, works full-time in the tech industry. He began pursuing his unusual hobby at the age of 29 as motivation to improve his juggling skills.

He now uses the media attention he receives for his record-setting talents to help promote his more academic passions in STEM (Science, Technology, Engineering, and Mathematics).

The Boise, Idaho, resident first started juggling at the age of 8 and began training for his first record in 2013: the fastest 800-meter run while juggling—AKA “joggling.”

But during his last training session, disaster struck when he injured his knee.

“It was defeating,” said Rush.  “[I thought] How do I get over this hurdle? The human reaction is to give up.”

Instead of wasting time, Rush changed his mindset and chose to attempt world records that did not involve intense aerobic activity. In October 2015, after years of intense training, he achieved his first official record from Guinness for the longest duration of blindfolded juggling.

His time was 6 minutes and 34 seconds without dropping a ball—and he has since incorporated juggling into 19 of his world records.

“It was all muscle memory. I wasn’t thinking about it,” said Rush. “I never thought I could break a Guinness World Record. I had no idea I would go on to break more than one.”

While Rush usually benefits from the support of his friends and family, they often roll their eyes at the absurdity of his endeavors.

CHECK OUT: Stray Pup in Nepal Follows Mountain Climbers to The Top in Amazing Feat – Maybe The World Record for a Dog

“My wife is the most supportive wife in the whole world. She comes to the events and takes pictures and videos,” says Rush. “But she has the Guinness record for the most eye rolls.”

Even though he works full-time for a tech company called Cradlepoint to promote STEM, Rush still finds plenty of time to plan new record attempts.

Evenings and weekends are spent researching records and training to make sure he is maximizing his time effectively.  “I pick a record and focus on that one, but in any given week I may be practicing 50 different records,” he said. “I am always looking at the Guinness book and their website.”

Rush says he is hoping to break at least 50 more world records in the near future, including most balloons popped in one minute by throwing chopsticks, most t-shirts worn during a half-marathon, and fastest time to drink a liter of lemon juice through a straw.

“I plan to remain doing this as long as I keep having fun,” says Rush.  “If you set your mind to a goal, believe in yourself, and pursue it with a passion, you can accomplish anything.”