Home All News Heroes Man Runs Marathon in SWAT Gear, Saves a Life, and Gets Engaged—All... 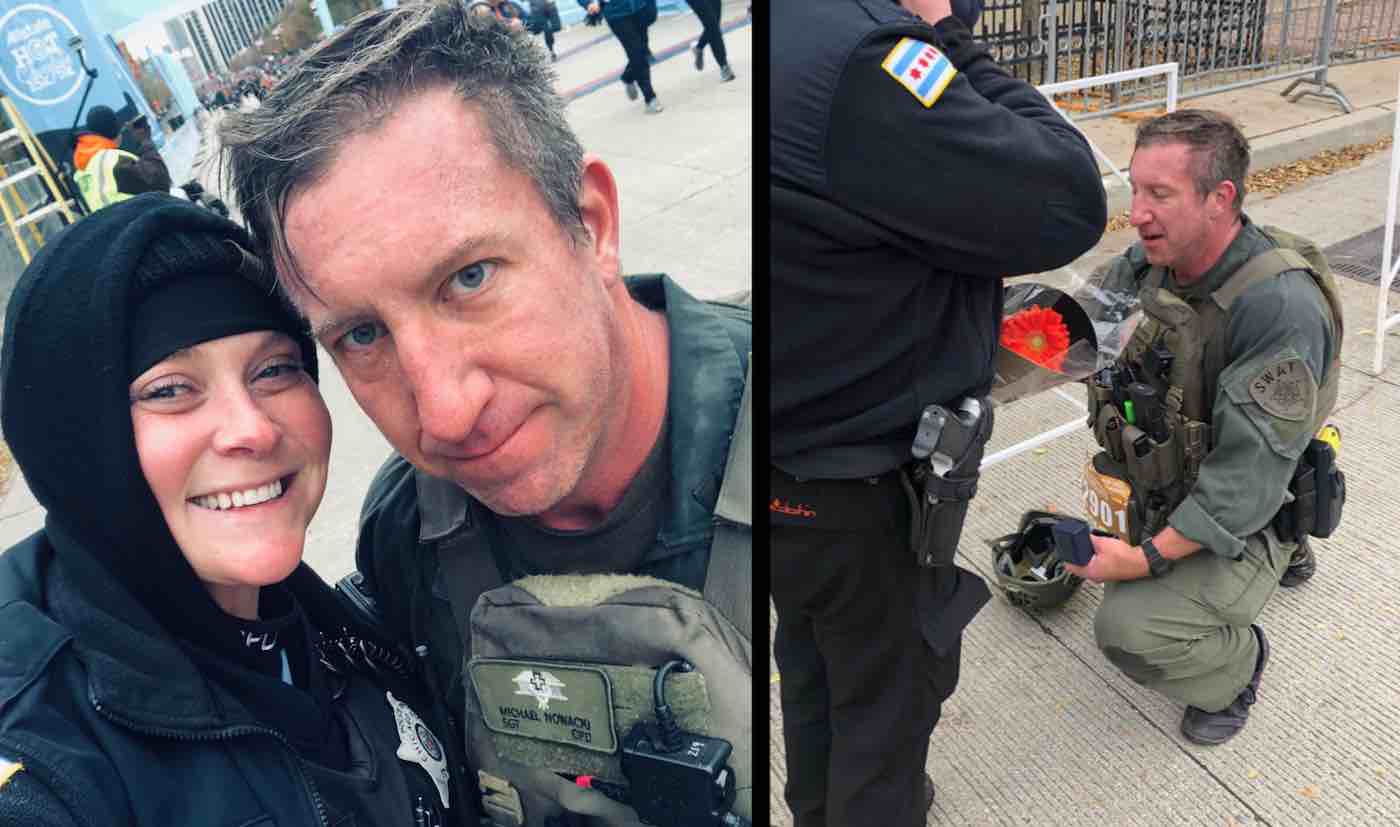 Sgt. Mike Nowacki has just proven himself to be a real-life superhero after he saved a woman’s life; ran a 15k race in full SWAT gear; and then successfully proposed to his girlfriend—all in the same day.

Nowacki, who has been with the Chicago Police Department for 19 years, wanted to show his appreciation for the law enforcement family by running the Allstate Hot Chocolate 15K earlier this week in 50 pounds of SWAT gear.

Upon completing the marathon, Nowacki planned to pop the question to his longtime girlfriend Erin Gubala, who is also a Chicago police officer.

MORE: Airman Who Was Traveling to Receive Heroism Award Nonchalantly Saves a Choking Baby on the Way

However, Nowacki got sidetracked from his labors of love when he suddenly heard a crowd of people calling for a medic near the finish line.

Nowacki diverged from the marathon and found an unconscious woman who was not breathing. He and a nearby firefighter then conducted CPR on the woman until paramedics arrived and whisked her off to the hospital. After doctors successfully treated the woman for cardiac arrest, they said that Nowacki’s quick actions alongside the firefighter helped to save the woman’s life.

Nowacki then returned to finish the marathon—and upon crossing the finish line, he dropped to one knee in front of Gubala.

At first, Gubala thought that her boyfriend was hurt—but it quickly became apparent that he was simply speechless.

“Mostly what I was trying to do as I finished the race was come up with something good to say [but] I was totally thrown off by having to perform CPR,” Nowacki told WLS-TV in the interview below.

RELATED: Cheerleader Jumps Off Parade Float So She Can Save Choking Toddler in the Crowd

Gubala added: “He’s sweating and I wanted to talk to him about what happened down the way, find out more information, and then he got down on one knee and I thought that he was hurt and then he just said, ‘Erin, I don’t know what to say’ and then I realized what was going on.”

In case you’re wondering, Gubala said yes—and they are now excited to share a life together that has already proved to be pretty eventful.