Home All News Inspiring Guy Transforms Man He Thought Was Online Scammer into Village Saint by... 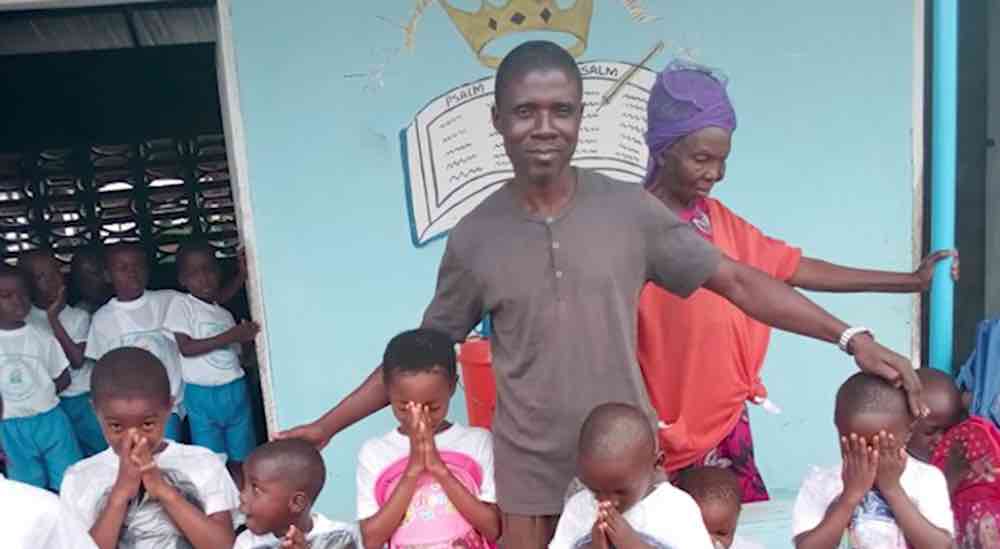 We’re all familiar with the messages used by internet scammers to get money from unsuspecting people thousands of miles away. So, when Ben Taylor struck up a bargain with a man from Liberia, it could have ended badly—but no one could have guessed how wonderfully the bet would pay off.

Joel first sent a message to Taylor on Facebook asking the YouTube personality to send him expensive electronic devices so he could sell them on the Liberian market and support his family. Additionally, he said that he would split the profits with Taylor 50/50.

33-year-old Taylor was about to delete the online plea as spam – but something kept him from writing off the inquiry. He figured that if he continued correspondence with Joel, it would at least use up some of the man’s time keeping him occupied, rather than scamming those who would be more gullible.

MORE: Woman Meets Her Internet Scammer, Helps Him Give Up Crime, and Pays for His College

So he responded to Joel saying he ran a business that paid people to take photographs of where they lived. If Joel complied, Taylor could hire him as a kind of freelance photographer.

To his surprise, Joel sent Taylor a few photos of his home in Monrovia, Liberia. Though they were blurry and badly-lit, the YouTuber was impressed that the guy even put in any effort at all.

It may have seemed counterintuitive, but Taylor decided to take a chance on Joel. He sent him a $30 camera and asked him to try taking some better photos of his village. He also gave the Liberian some pointers on how to hold the camera still and allow for as much light on the subject as possible.

The Photos Got Surprisingly Better and Better

CHECK OUT: Woman Deceived On the Internet by Older Man Finds Love With Model Whose Photos Lured Her In

The photos became clearer and better lit until, eventually, Joel was sending quite poignant pics of life in West Africa. 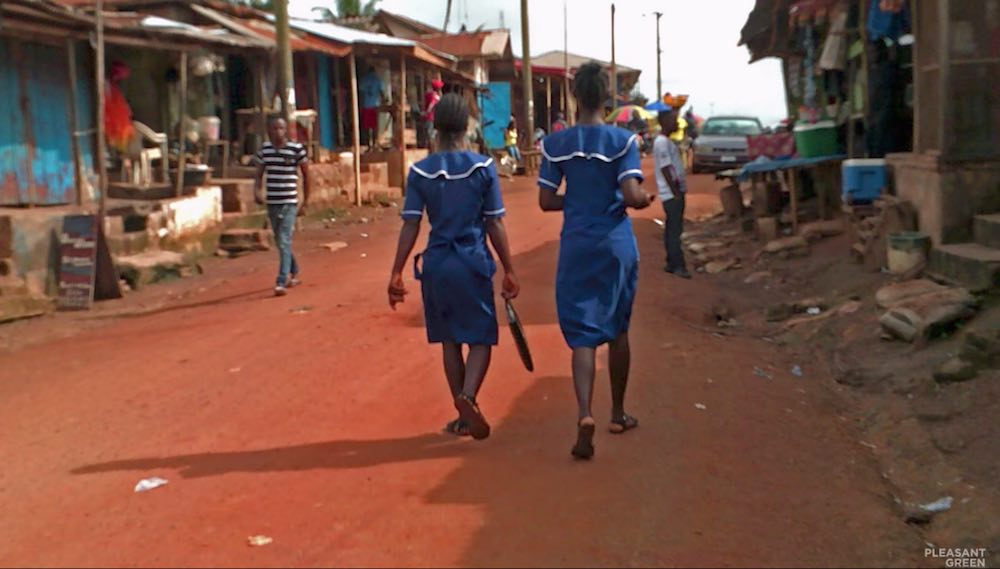 Taylor then created a photo book of Joel’s pictures called “By D Grace of God” – appropriately named after a line from one of Joel’s emails – and he then started an Indiegogo page asking for donations to help Joel’s family. The book sold over 1,000 copies in 40 countries.

True to their original bargain, Taylor split the profits with Joel 50/50. The YouTuber wanted to give his half to charity, so he asked the Liberian whether there were any charities that could benefit his home country. Joel replied that local children did not have the money for school supplies because they were so poor—money for notebooks, backpacks, and pencils was scarce.

I Actually Decided to Wire $500 to Liberia

Taylor thought about wiring $500 directly to Joel in Liberia so he could buy the needed supplies. (But wouldn’t he just spend the money on himself and disappear?) To Taylor’s astonishment, the villager kept his promise. He loaded up a taxi filled with newly-purchased school supplies and distributed them among all the local schools—naturally, shooting plenty of pictures to show the kids’ excited reactions.

Ben says that in light of the success from Indiegogo, he created a website, “By D Grace of God,” so people could continue to support Joel and his family by buying the photo book and additional merchandise.

The 33-year-old also says that he still can’t believe his YouTube career has turned into such a life-changing experience.

“I’m just a regular guy!” Taylor told Good News Network. “I go to work and hang out with my wife and baby. YouTube is just a fun side hobby.”

“[But] the response has been crazy,” he added. “People have reached out to me asking how they can help.”

‘If there’s a lesson to be learned, it’s that you shouldn’t judge people right off the bat.’

This is not the only incident where a possible internet scam has had a happy ending, either. After a Swedish woman was scammed by a Nigerian college student, they ended up striking up a friendship and she offered to pay for the rest of his school so he could give up scamming. The two now reportedly call each other on the phone once a week to chat about college life and work.

MORE: Man Who Shot Up Mosque Goes Back For Forgiveness, Finds Hugs Waiting

Another heartwarming example of a negative online experience turned positive is when a woman was cat-fished by an older man on a dating site after using photos of a Turkish model to make her think he was younger and more handsome. When she discovered the truth, she reached out to the model and told him someone was using his photos for online scams. The two then began chatting online until they started dating. They now live together in London.

Taylor’s story may not have ended in romance, but it definitely teaches a valuable lesson on judgment.

“I really thought I was going to make a YouTube series about messing with a scammer,” he told Good News Network. “This story turned into something completely different. If there’s a lesson to be learned, it’s that you shouldn’t judge people… When we actually take time to understand and get to know each other, we might be pleasantly surprised.”