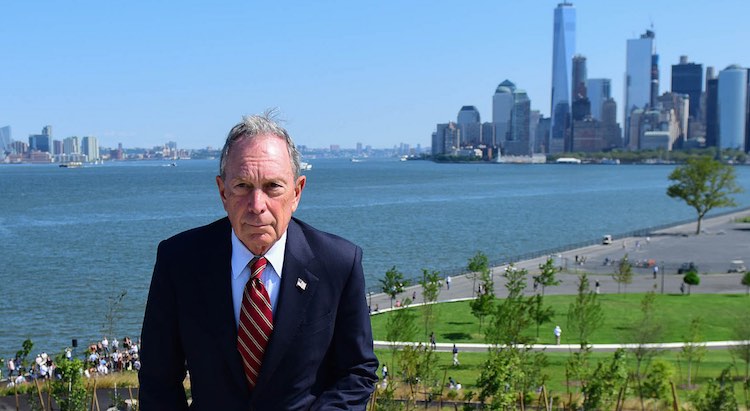 In response to President Trump’s decision to withdraw the United States from participation in the Paris climate accord, Michael Bloomberg said Thursday that his nonprofit foundation would commit $15 million to fill the gap left by the U.S. government backing out of the 2015 global agreement.

On Friday the billionaire announced the creation of “America’s Pledge,” a new U.S. effort coordinated by Bloomberg Philanthropies, that will ensure there is no disruption to the work being done to implement the Paris Agreement, following the U.S. withdrawal on a federal level.

“Americans are not walking away from the Paris Climate Agreement,” said Bloomberg, who serves as the United Nation’s Special Envoy for Cities and Climate Change. “Mayors, governors, and business leaders from both political parties are signing onto to a statement of support that we will submit to the U.N. – and together, we will reach the emission reduction goals the United States made in Paris in 2015.”

CHECK OUT: Bloomberg Gives $3Mil to Job Training For Coal Communities in Decline

In a statement following his Friday meeting with new French President Emmanuel Macron, he explained how Americans will fulfill the Paris Agreement “from the bottom up”:

The strong consensus among scientists is that the climate is changing due to pollution from human activity. The timing and magnitude of the changes are harder to pin down, but we cannot stick our heads in the sand and ignore the risks they present, especially when we’re already seeing the effects all around us – whether they’re measured in rising sea levels or depleting coral reefs.

Prevention is the best medicine – and the overwhelming majority of Americans believe we should be taking action on climate change. The U.S. is the world’s second largest contributor of greenhouse gases, so we have a particular responsibility to lead – and it’s in our own interest to do so, because if we don’t, we will pay for it in worse health, lost jobs, and a weaker economy.

MORE: Company is Offering to Retrain Coal Miners as Wind Farmers For Free

Now, I want to be clear: I’m not here to criticize what happened in Washington yesterday. The White House made its decision on the Paris Agreement – but here’s what is most important for the world to understand: In the U.S., emission levels are determined far more by cities, states, and businesses than they are by our federal government.

Over the past decade, the U.S. has led the world in emission reductions – and our federal government had very little to do with it. It happened because of leadership from cities, public opposition to coal plants, and market forces that have made cleaner sources of energy – including solar and wind – cheaper than coal. It makes no sense to pay extra to poison our environment – or to kill jobs. And the clean energy industry is now creating far more jobs than we are losing in the fossil fuel industry.

The fact of the matter is: Americans don’t need Washington to meet our Paris commitment, and Americans are not going to let Washington stand in the way of fulfilling it. That’s the message mayors, governors, and business leaders all across the U.S. have been sending.

Through my role as the U.N. Secretary-General’s Special Envoy for Cities and Climate Change I will notify the Secretary-General and Climate Change Secretariat that U.S. cities, states, businesses, and others will aim to meet the U.S. commitment to reduce our emissions 26% below 2005 levels by 2025. We are already half-way there – and we can accelerate our progress further, even without any support from Washington.

So today, we want the world to know: The U.S. will meet our Paris commitment… The American government may have pulled out of the Agreement, but the American people remain committed to it – and we will meet our targets.”

He vowed that America’s Pledge will also fulfill the Paris Agreement’s reporting requirements, so the world can track progress in the U.S., just as they can with any other nation.