Home All News USA Michael Bloomberg ‘to Write $4.5M Check to Cover US Commitment to Paris... 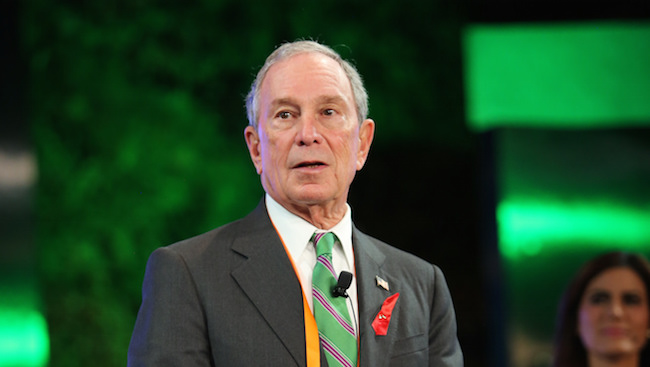 Former New York City mayor and billionaire philanthropist Michael Bloomberg announced on Sunday that he would be donating $4.5 million to cover America’s financial commitment to the Paris Climate Agreement this year.

The donation, which is being issued by his charity Bloomberg Philanthropies, will be given to the United Nations Framework Convention on Climate Change (UNFCCC).

The contribution is an appropriate follow-up to a $15 million donation that Bloomberg made last year after America’s withdrawal from the international climate treaty. In addition to the donation, his foundation created the “America’s Pledge” effort to ensure that there is no financial neglect towards the United States’s commitment to the Paris Agreement.

“America made a commitment and as an American, if the government’s not going to do it, we all have responsibility. I’m able to do it. So, yes, I’m going to send them a check for the monies that America had promised to the organization as though they got it from the federal government,” said Bloomberg in a Face the Nation interview.

Though a statement from Bloomberg’s Philanthropies said that the foundation would uphold their “promise to cover any cuts to UN climate funding by the federal government,” the billionaire says that he hopes US President Donald Trump will “change his mind” in the future about withdrawing from the treaty.