Home All News Heroes Minutes Before Going into Work, Nursing Home Staffer Dives into River to... 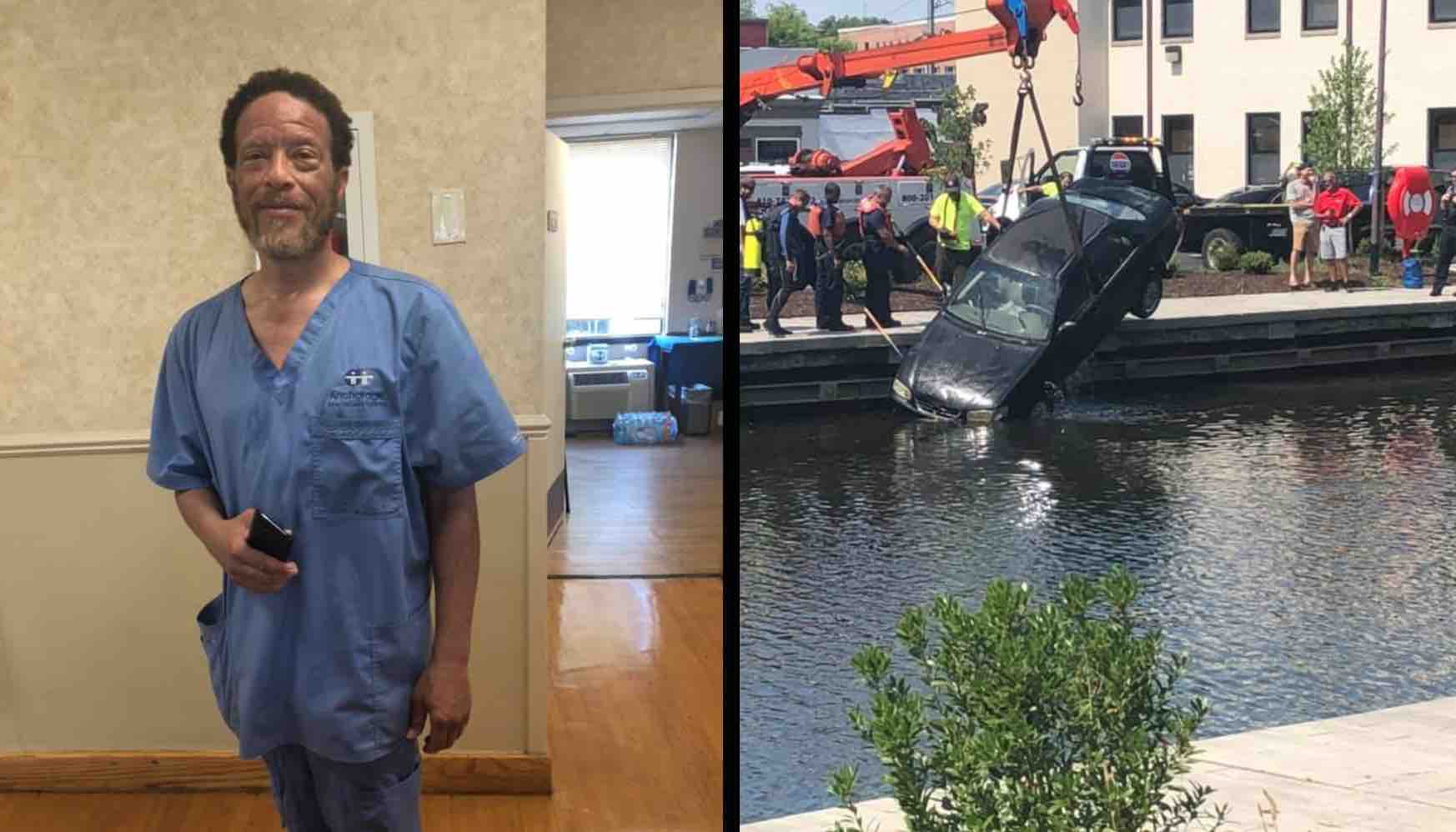 Thanks to the quick thinking of an Anchorage Nursing Home employee, the 55 yo operator of this vehicle only suffered minor injuries as a result of accidentally backing into the Wicomico River from the Anchorage Nursing home side of the river. pic.twitter.com/AEXIbWdrmq

Just minutes before a Maryland man was preparing to go into this workplace, he dove into a river and saved an injured driver.

52-year-old Andrew Lunn was just about to begin his shift at the Anchorage Nursing and Rehabilitation Center when he saw a nearby driver accidentally reverse their car into the Wicomico River – and without hesitation, Lunn leaped into action.

Lunn quickly told his colleagues to fetch some life preservers and call 911. He ran to the river’s edge and told the male driver to stay calm and unbuckle his seatbelt.

MORE: Watch Quick-Thinking Bus Driver Stop Youngster Just As He Was About to Step in Front of Speeding Car

The nursing home staffer then grabbed one of the retrieved life preservers and dove into the water so he could pull the injured driver out of the car window.

“I didn’t have the option of waiting for 911 because within the response time, the car would have been underwater,” Lunn told USA Today. “I had to assess the situation to figure out the best way that both of us could have made it out of there alive.”

Social media users and law enforcement officers are now hailing Lunn as a hero – but the Good Samaritan simply said that he was happy he was in the right place at the right time.