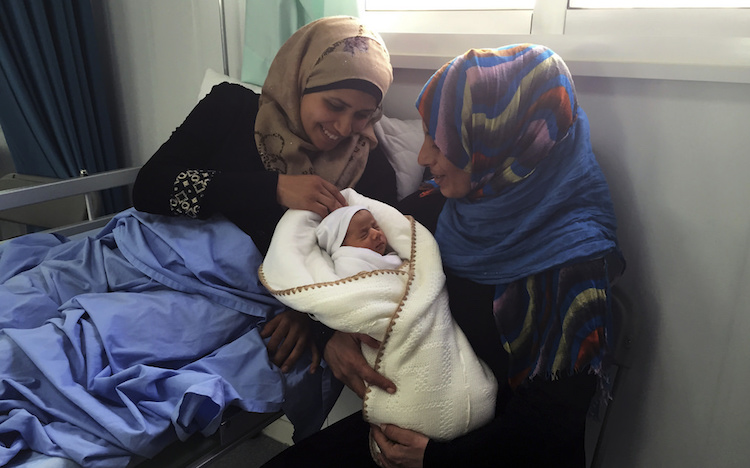 Only a mother would notice a need like this one and respond with such compassion.

As refugees from Syria continue to flow into Europe by the thousands, an American mom observed that luxuries like baby carriers and slings were scarce in scenes of fleeing families.

One crowdfunding campaign later, and 1400 baby carriers are being gifted to mothers seeking asylum in Greece.

Cristal Logothetis, a Californian who was once an undocumented immigrant in the U.S. herself, created the fundraising page to ask for used baby carriers or donations to buy more.

To date, more than a thousand donors have contributed $40,000, and the campaign has created a surge of donated baby carriers from mothers around the globe.

Come mid-December, a team of volunteers including Cristal will be distributing the carriers to refugee families around the Greek islands.

“Mothers have to walk hundreds of miles with babies and toddlers in their arms; a task that is physically strenuous to say the least,” says Cristal on the Indiegogo fundraising page. “Kos is only the beginning of a long and arduous trip for Syrian refugees, so we want to make sure their lives are a bit easier with baby carriers that will lessen the weight and free their arms!”

The team of volunteers will consist of “baby-wearing consultants,” translators, and activists ready to help lighten the mothers’ load.

As an incentive to give, Cristal’s family back home in Greece is gifting donors with postcards and good luck charms made in their hometown of Kos.