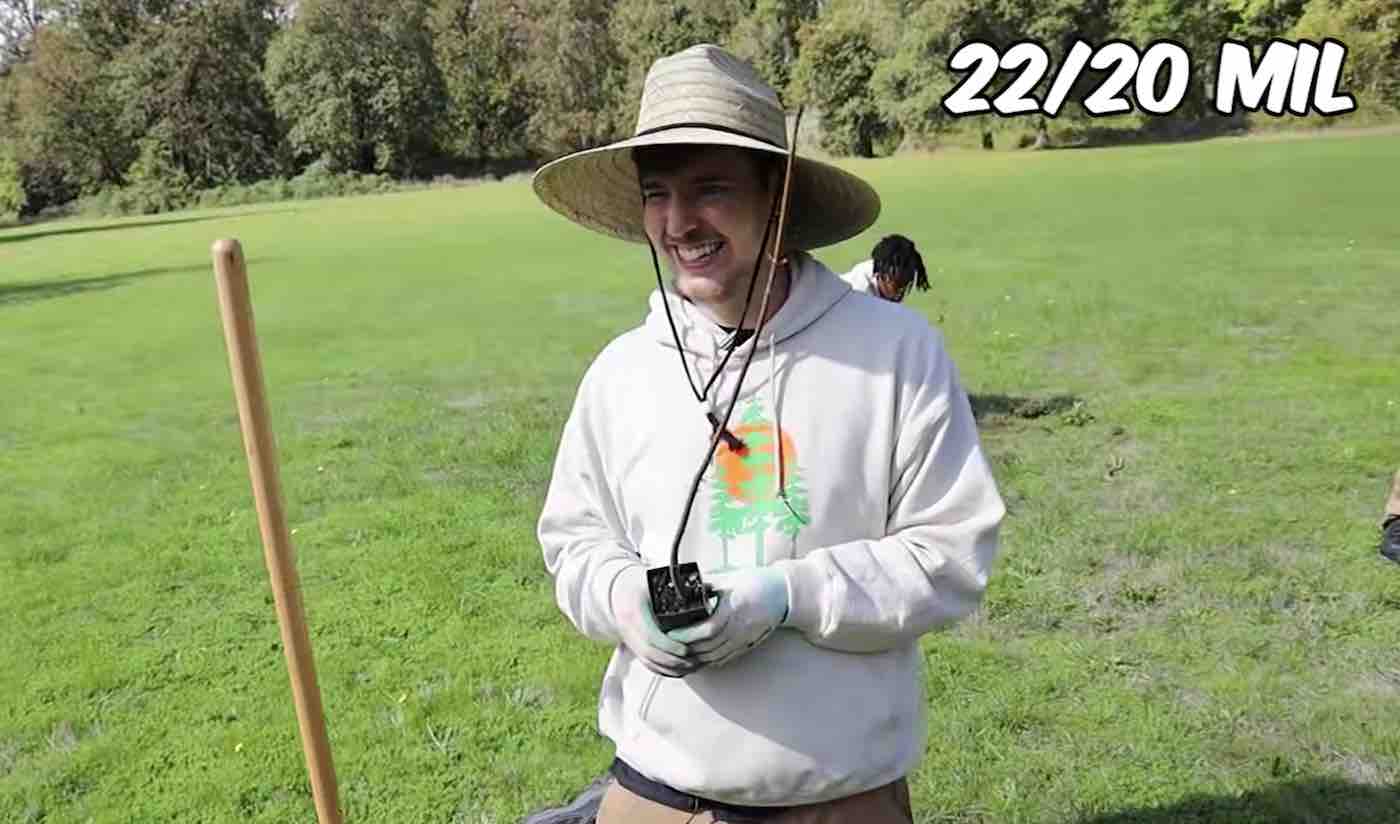 What started as a celebratory milestone for one YouTube star has turned into a worldwide tree-planting initiative.

So when his channel’s popularity hit 20 million subscribers earlier this month, he asked his fans how he should celebrate the occasion.

His viewers responded by petitioning for him to raise $20 million by January 1st (a dollar for each one of his 20 million subscribers) and use it to plant 20 million trees. Jimmy accepted the challenge with enthusiasm.

RELATED: People Have Passively Planted Over 30 Million Trees Simply by Surfing the Web

Since launching the #TeamTrees campaign last week, some of the most popular YouTubers on the web have joined Donaldson in making donations and pledges of their own.

Not only that, Elon Musk, Twitter CEO Jack Dorsey, Shopify CEO Tobi Lutke, and YouTube CEO Susan Wojcicki have all made big contributions to the cause.

According to the #TeamTrees website, which has a prominent ticker, the campaign has already raised enough money to plant more than 12 million trees. Once their goal of 20 million is reached, the Arbor Day Foundation will plant the saplings from January 2020 until December 2022.

The nonprofit will be choosing native tree species for public and private lands across every continent except for Antarctica.

Plant Some Positivity and Multiply the Good On Social Media… Share Now!