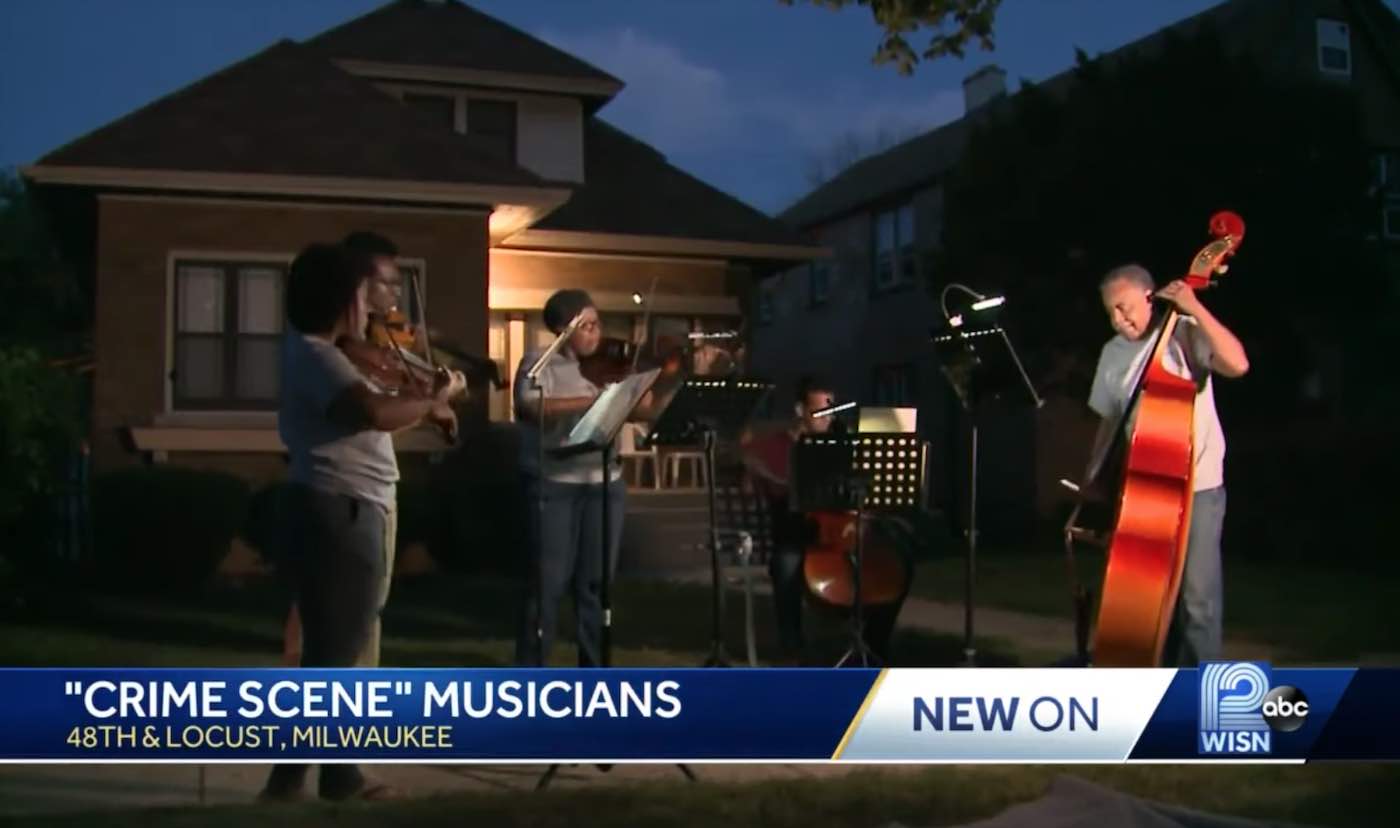 While there may not be an obvious audience for these musicians in Wisconsin, they are always performing for the people who may need music the most.

The Black String Triage Ensemble is a group of classical musicians who play music at Milwaukee crime scenes after the law enforcement teams have left.

Ranging in age from 11 to 75, the musicians hope that by playing music at the sites of gun violence and shootings, they can help ease the pain of nearby community members who may have been affected by the incident.

“It’s not necessarily so much for the family of the victims; that healing trajectory is a much longer arc of time,” Black String Triage Ensemble founder Daybin Hallmon told WISN.

“But for everyone else in the neighborhood—people who live next door, down the street, maybe there’s somebody who owns a store—everybody that’s in that space is somehow devastated in some way by this impact. So there has to be something that sweeps that away, sweeps those ashes away, so they don’t carry them home.”

(WATCH the news coverage below) – Photo by WISN

If Music Be The Food Of Love, Then Be Share And Share This Inspiring Story With Your Friends On Social Media…