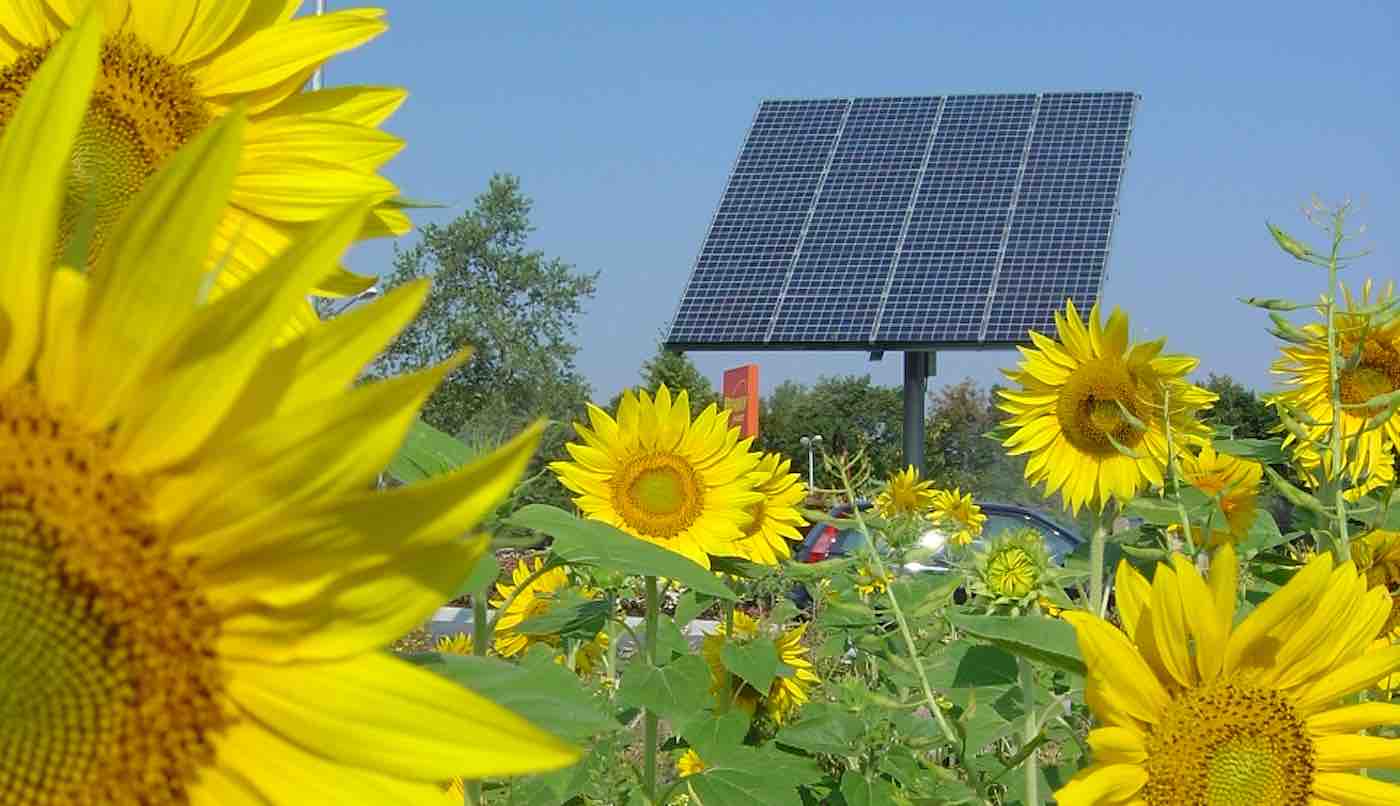 Solar farms are not just addressing the need for renewable energy, they are also becoming a source for food and habitat for dwindling pollinator populations.

According to research from the National Renewable Energy Lab, America is expected to add more than 6 million acres of solar farms and facilities by 2050. In addition to hosting solar panels, however, more and more environmentalists are taking advantage of this energy farmland by planting wildflowers that are critical to the survival of honeybees and butterflies.

Back in August, a research team from the U.S. Department of Energy’s Argonne lab began examining the potential benefits of establishing pollinator habitat at large utility-scale solar energy facilities to help conserve the threatened insects. Looking at some 2,800 of these existing and planned facilities in the contiguous United States, the team found that the area around solar panels could provide an ideal location for the plants that attract pollinators.

Often filled with gravel or turf grass, this land otherwise goes unused. Research has shown that in some locations these grounds offer a perfect place to establish native plant species, such as prairie grass or wildflowers, around which pollinators are prevalent.

Researchers also discovered that planting pollinator habitat on solar farms that are situated near agricultural farmland could dramatically improve crop yields, generating as much as $4 billion in agricultural revenue.

This 2016 UK study supported the findings, saying that “solar farms have a positive impact on biodiversity for a range of plant and animal species when combined with an appropriate land management plan, in particular, broad-leaf plants, grasses, butterflies, bumblebees, and birds.”

One solar company based out of Minnesota has already planted hundreds of acres of pollinator-friendly greenery across their different locations.

In addition to similar plantings, this solar farm in Oregon has also used their land to host 48 bee hives.

Ecologists from Cornell University are currently conducting research on which combinations of wildflowers and grasses provide the most support for pollinators – but until then, scientists are hopeful that the solar farm strategy could be sweet lifesaver for honeybees.

Be Sure And Share The Buzz With Your Friends On Social Media – Photo by Micha Jost, CC