Home All News Heroes Watch Olympic Sprinter Run Onto Busy Highway So He Can Save Tortoise... 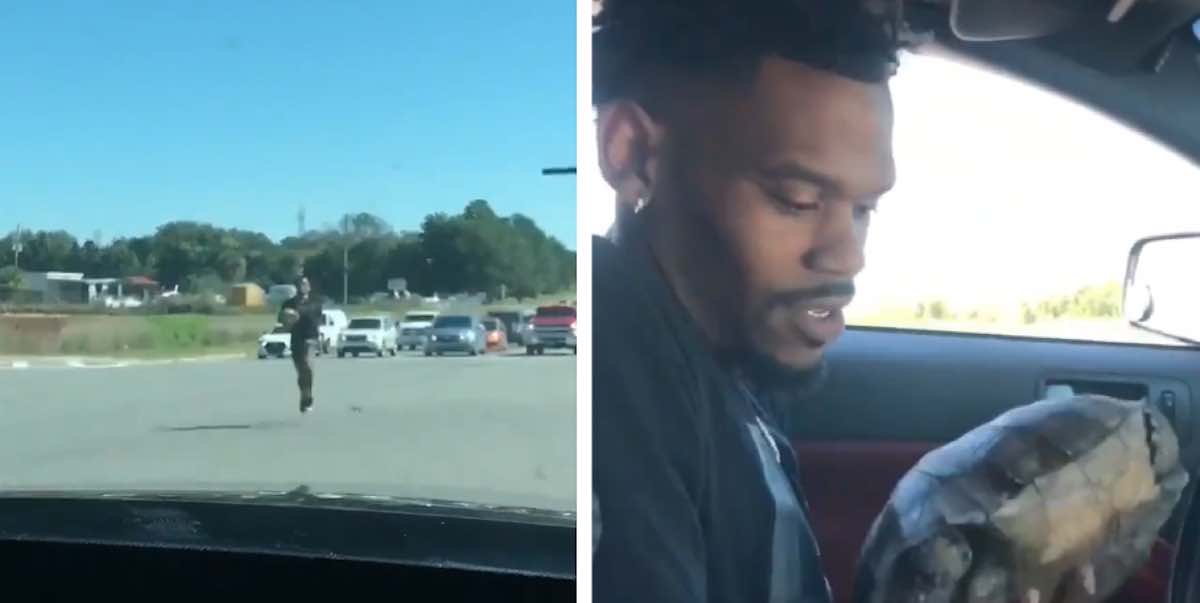 This tortoise may have been in big trouble if it had not been for the sharp eyes and athletic speed of an Olympic gold medalist.

David Verburg, the champion sprinter who won the 4×400-meter relay at the 2016 Rio Olympics, recently published a video of himself sprinting into a busy intersection to save the reptile.

Verburg had been driving down the Florida highway when he saw the tortoise. After swerving his car to avoid hitting the creature, he made a U-turn, parked in a turning lane and ran into the street so he could scoop it into his arms and run back to the vehicle.

RELATED: In ‘Freakish Miracle’, Man’s Change of Fishing Spot Results in Rescuing 18-Month-old From the Ocean

He waited until he was in a more secluded area before getting out of his car and putting the tortoise down under some trees.

Verburg, who is a self-proclaimed animal lover, guesses that it was a gopher tortoise, which is protected under the Endangered Species Act.

“It happens all the time in Florida. I move a tortoise/turtle whenever I see one. I just so happened to catch this one on camera,” Verburg told the news outlet.

(WATCH the video below) – Photo by David Verburg

So this happened today. pic.twitter.com/yIVajtQKA4