Home All News Kids Once Mocked for Constantly Raising His Hand in Class, Former Homeless Kid... 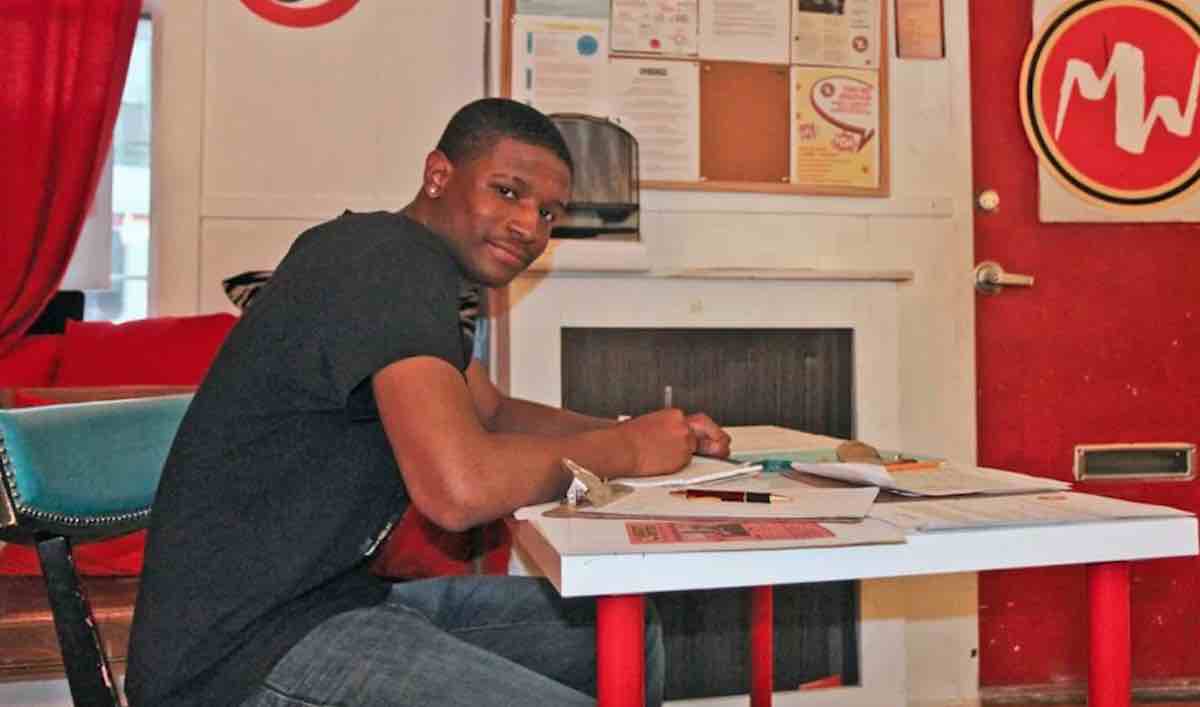 LISTEN to this Good News Guru story, which was broadcast on the radio June 1st with Ellen K and Geri on KOST-103.5. (Subscribe to our new podcast on iTunes – or for Androids, on Podbean) — or READ the story below…

When Richard Jenkins was a kid, he was always raising his hand in class—so much so, that his peers began mocking him, tauntingly calling him “Harvard” to make him feel bad for participating.

An inner-city kid in Philadelphia, his family lost their home to foreclosure when he was in 6th grade. He and his two brothers spent the next two years moving in and out of homeless shelters and hotels across Florida and Tennessee.

As they struggled to find stability, the boy realized that a good education could be the means to escape such hardship. After that, he consistently earned good grades, even while fighting terrible migraine headaches that plagued him from all the stress.

WATCH: Teen Cries With Joy When iPad Dressed in Cap and Gown Rolls Across Stage in Her Place

“And then my dad had a heart attack,” Richard told WHYY. “In the summer of the eighth grade it got really bad. I got hospitalized; they put me on every medicine they had.”

“But I was eventually able to fight through it and get my work done, because at the end of the day, that was what was the most important to me.”

In the eleventh grade, things began to turn around after his mother urged him to apply to a boarding school for at-risk youth from single-parent homes. Once he was accepted, he immediately dove into dozens of school activities—all while earning high marks in academics.

RELATED: Homeless Are Getting 6-Figure Jobs in Poor Neighborhood Overrun by Tech Companies

With graduation on the horizon, Richard sent applications to a number of schools—but he had his eye on one Ivy League college in particular.

He set the tabs on his computer showing the best schools he had applied to: “I checked Penn—got wait-listed. I checked Yale—got denied.” Surely his favorite school would do the same, he thought.

Then he opened the last tab, and there was a video saying, ‘Welcome to the class of 2022.’”

“Tears started streaming down my face because I was so happy,” the 18-year-old told PEOPLE.com.

He, alone, had made it happen—overcoming the homelessness, poverty, and physical pain to receive a full scholarship to the famous university that was once his namesake: Harvard.

Richard graduated from his boarding school, Girard College, as the class valedictorian and plans to study computer science at Harvard, with a special interest in artificial intelligence.

Though his full-ride scholarship covers tuition, room, and board, his godfather started a GoFundMe page to raise money for stuff like clothes “and a good tablet to store all his electronic books (he’s a confirmed bookworm).”

“Honestly, this kid, although he is poor, doesn’t need the help,” says the fundraising page. “He will work his way through college, pay for his expenses himself and won’t ask or need anyone’s help… Richard deserves a reward.”

In just a matter of days, after the news stories were posted online, the campaign surged past its original goal to raise $40,000.