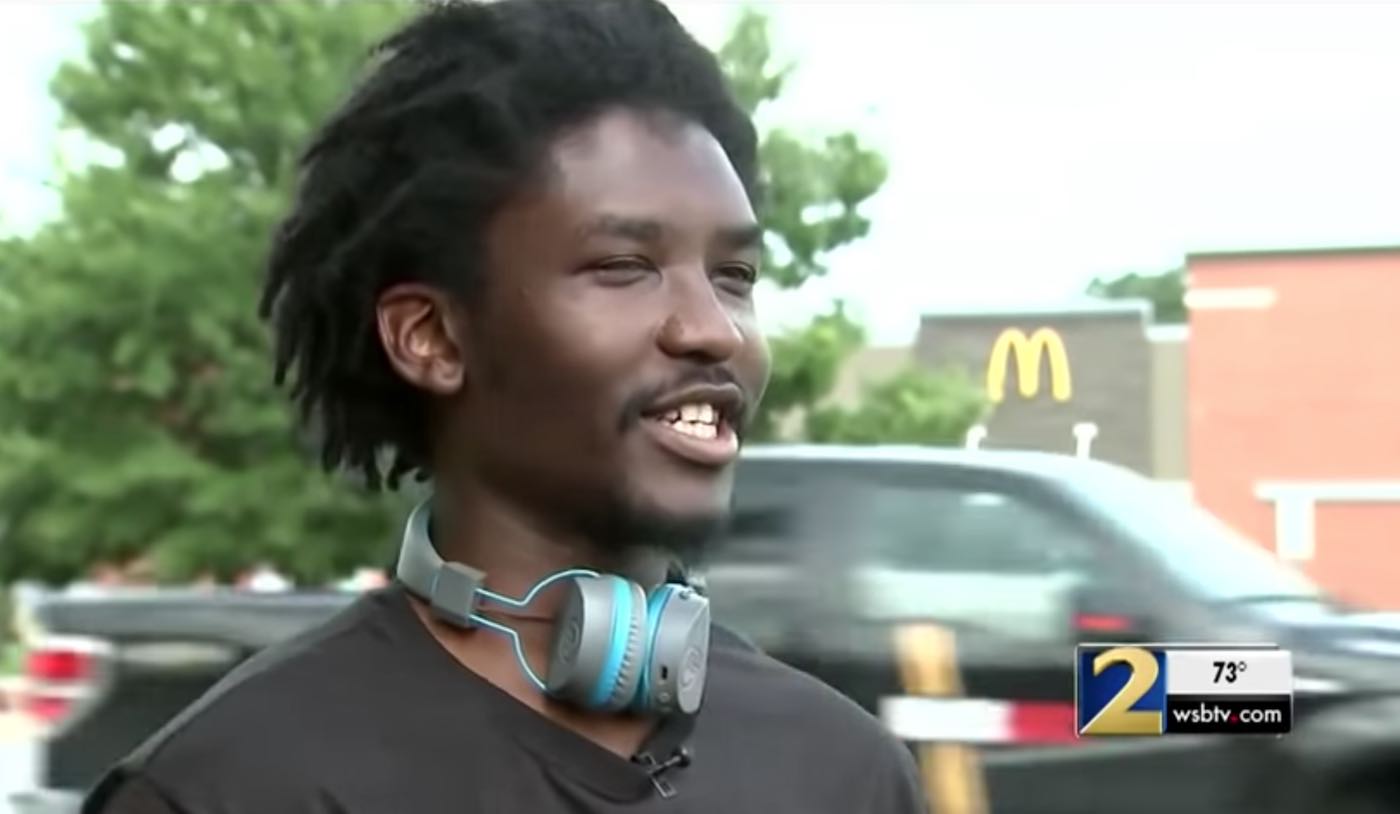 When an unidentified woman was frustrated to see a man sleeping in a McDonald’s booth, she took a photo of him and published it to a private Facebook group to express her criticism.

After the man was given a chance to explain himself to the community, however, dozens of people rallied to help him get back on his feet.

21-year-old Simon Child has been homeless and struggling to support his son since the recent death of his mother. When the woman photographed him napping in the McDonald’s booth, he had been catching up on his sleep in between his shifts at the restaurant in Fayetteville, Georgia.

MORE: Homeless Man Gets Housing and Work Thanks to Teen Girl Who Saw His Plea for a Job at a Bus Stop

Upon hearing about the photo, Child said that his feelings were hurt – but thankfully, he doesn’t feel that way anymore.

Earlier this week, local news reporters interviewed Child and gave him a chance to tell his story to the world. When the young man went into work the following day, he was shocked to find that dozens of people had brought him heaps of diapers, clothing, toiletries, and supplies.

The owners of a community eatery reached out to Child so they could lend him a car for job interviews. A barber gave him a free haircut so he could look spiffy for his new employment opportunities. Other members of the community paid for Child and his son to stay in a hotel until they find permanent housing.

Since our story aired last night, Simon received a free haircut from a local barber. He has a new job opportunity too, he told me. pic.twitter.com/IMeiu8ex50

Another community member started a GoFundMe campaign in order to raise money for Child – and the fundraiser has already raised over $2,000 in 24 hours.

Furthermore, Child had a chance to speak to the woman who took his photo. She told him that she had never meant to shame anyone and she had only been expressing her frustration with the town.

CHECK OUT: Simple Mistake in the Kitchen Turns into Sweet Success for a Homeless Veteran

That being said, Child insisted that he did not harbor any ill will towards her.

“I’m not homeless, not now, thanks to her,” he told WSB-TV. “I didn’t think the community would even care enough to do that, but they care.”

(WATCH the news coverage below) – Photo by WSB-TV