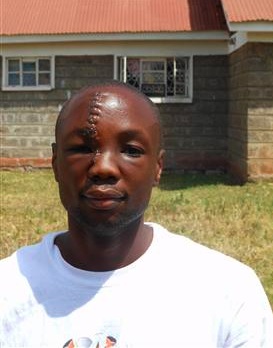 The online news-sharing community, Reddit, has come to the rescue more than once when a member has posted a painful or inspiring story.

Yesterday, a member posted the photo of a heroic Kenyan man who was attacked in the face with a machete after trying to defend an orphanage from a gang of thugs. He asked if the people could help raise $2000 to fund a cement wall with barbed wire to help secure the grounds for the children and their defender, Omari.

24 hours later, the photo of Omari’s wounds, along with the heart-wrenching appeal, moved the community to raise more than $65,000 in donations.

As the donations poured in, so did the thanks from the Faraja Orphanage in Ngong, Kenya which posted photos of gratitude to the Reddit folks for their kindness. 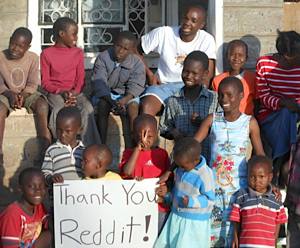 A year ago, Reddit users were moved by the owner of a toy store who shared the story of a 7-year-old girl being bullied because of the effects of a life-threatening disease. The shopkeeper wanted to raise money to give her a shopping spree. The online community gave $19,500 to ensure the girl’s final year was a happy one.

Visit Reddit to see the story, and joine one of the most philanthropic communities on the Web.

Thanks to Jack Corbley for the story idea!