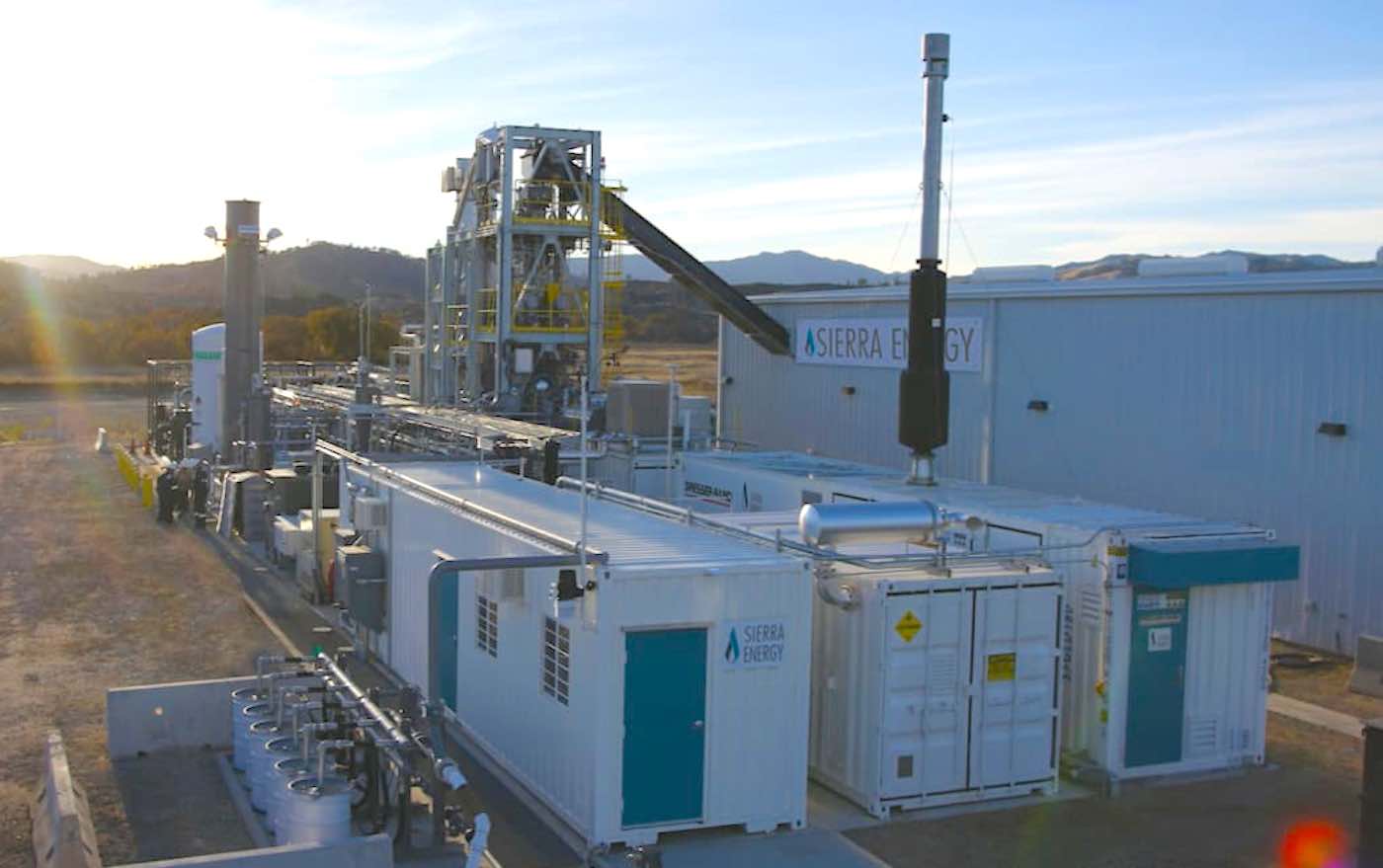 An exciting new startup can make clean energy by vaporizing heaps of trash without any waste or emissions.

The Sierra Energy company is aiming to tackle all of the non-recyclable garbage that ends up in landfills—from hazardous wastes and plastics to everyday trash and tires.

The company’s modified blast furnace uses FastOx gasification technology to heat all of the trash to 4,000 degrees Fahrenheit, which is about twice as hot as the heart of a volcano.

While it may seem like this would require large amounts of energy, the system is able to generate the heat simply by injecting pure oxygen into the furnace. The oxygen then reacts with the carbon emanating from the rotting garbage in order to create carbon monoxide and hydrogen. The steam is then pumped back into the furnace to maintain the internal temperature.

RELATED: Students Design Beach Vacuum That Can Suck Up Microplastics While Leaving All the Sand

The fuel that is made from the FastOx technology is reportedly 20 times cleaner than California fuel standards. And all of the gases that are generated by the chemical process are captured for reuse—for instance, to replace fossil fuels that power airplanes or for use as fertilizer, hydrogen, or ethanol.

Earlier this week, Sierra Energy announced that they were able to close a $33 million Series A investment round in order to further develop and commercialize its technology for municipalities and landfills so they can convert waste into clean, renewable energy and fuels.

LOOK: Adidas Test to Sell Shoes Made of Ocean Plastic Was So Successful, They’re Going Even Further

“The world is drowning in trash which, when landfilled, is a leading generator of methane, a greenhouse gas that is 86 times more harmful to our climate than carbon dioxide,” said Mike Hart, Sierra Energy’s CEO.

“Our FastOx gasification technology can efficiently and cost-effectively convert this trash into electricity, hydrogen, renewable natural gas, diesel, ammonia, and a variety of other valuable end-products. When you combine our technology with recycling and other waste diversion strategies, you have the solution to the world’s waste problem as well as a valuable source of renewable energy.”

The first commercial FastOx system was installed at a U.S. Army installation at Fort Hunter Liggett in Monterey County, California in 2017, to help achieve the Army’s zero waste goals.

(WATCH an explanation of the technique below…)