Home All News Heroes NYC Hero of 9/11 to be Honored by Federal Award in his... 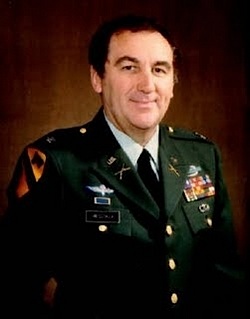 The World Trade Center hero who saved thousands of lives on 9/11 will now be remembered each year by the federal government, with the creation of the Rick Rescorla National Award for Resilience that will be given to civilians who respond extraordinarily to disasters.

If you haven’t heard of Rick’s heroics, which were memorialized by documentary films and even an opera, he was Vice President of Security for Morgan Stanley, on September 11, 2001, when he personally led a massive evacuation of that company’s 2,700 employees. All but six of the workers in the South Tower survived. Rick Rescorla was one of those killed and was last seen walking back up the stairs to rescue more people.

At the tenth anniversary commemoration in NYC last Fall, Homeland Security Secretary Janet Napolitano said “Since the 9/11 attacks, we have seen exceptional models of resilience all around us.” To honor those exceptional efforts, she unveiled the Department’s plan to create a national award inspired by the actions and resilience of Rick Rescorla.

The Rick Rescorla National Award for Resilience will honor superior leadership and innovation by a non-governmental individual or organization, emphasizing leadership in effective preparation, response, and recovery in the face of disasters. It will be awarded for the first time starting September 2012. (See information below about how to nominate someone.)

The keys to Rescorla’s success in saving so many people on that tragic day were planning and diligence — and thinking outside the box. After terrorist bombs exploded in the World Trade Center garages in 1993, Rescorla anticipated and planned for a future attack. He regularly drilled his Morgan Stanley employees in disaster response. Even executive officers had to drop what they were doing at their desks and execute the evacuation plan. Rescorla’s actions and his commitment to preparedness ensured that the 2,700 Morgan Stanley employees who worked in the South Tower knew how to evacuate and where to go on 9/11. (See a film clip from the History Channel documentary on Good News Network, here)

Nominees for the new National Award for Resilience need only be non-governmental individuals residing legally in the United States or its territories or a US organization that has demonstrated outstanding response to a natural or human caused incident during the previous year, saving lives or property because of planning and preparation. Nominees can expect to be used to illustrate excellence in the area of disaster preparedness and response.

The nomination period ends on May 15, 2012 at 11:59 p.m. All nominations must be submitted by email to the following DHS email address: [email protected] Nomination forms (downloaded .doc)  — as well as Frequently Asked Questions — can be found on the web site, dhs.gov.