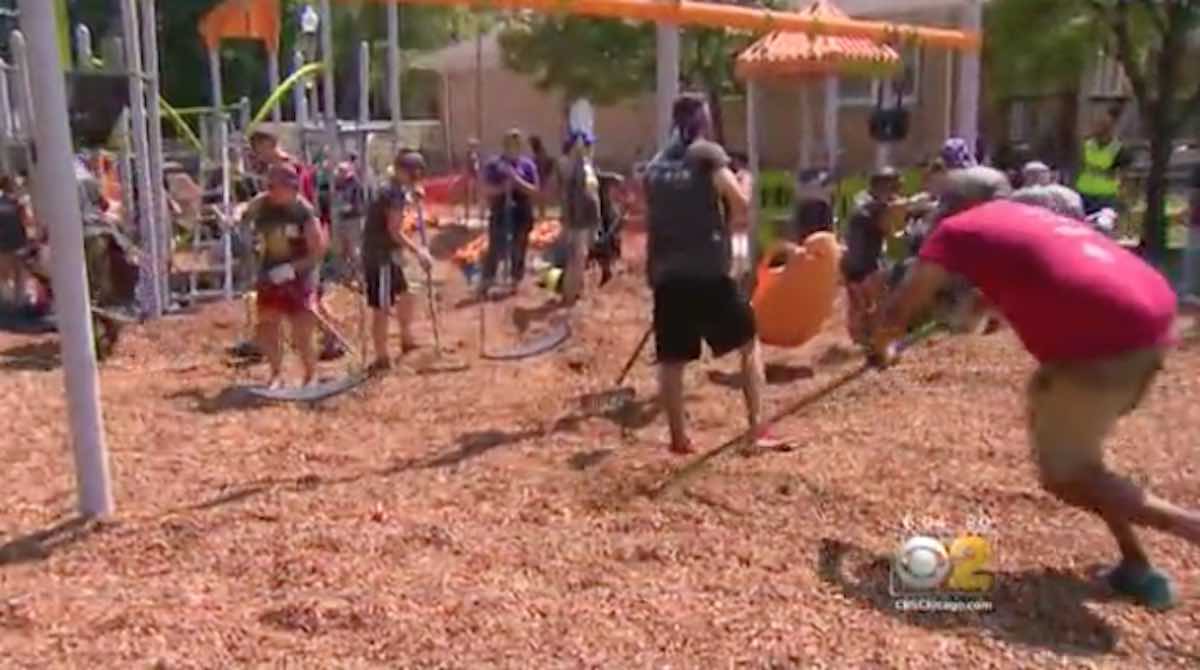 As a means of celebrating their sustained truce, two Chicago gangs banded together so they could build a playground for the community.

It has been eight months since the two rival gangs of the North Pullman neighborhood said that they were tired of the violence and wanted to achieve peace.

According to Arne Duncan of Chicago CRED, an organization that works to reduce violence within the city, the successful cease-fire has inspired relief and hope that other gangs in the city can follow suit.

RELATED: Africans Are So Happy Border Fight is Over They’re Calling Random Phone Numbers On the Other Side

“We’re working directly with the young men on the south and west sides most likely to shoot and be shot,” Duncan told CBS 2. “They didn’t ask for anything for themselves. They said ‘our kids have no place to play. Can you help us build a playground?’”

Despite spending years fighting over the territory, members of the two gangs worked side-by-side with community volunteers to build the playground this week – and upon seeing the completed fruits of their labor, “no one could hide their smiles.”