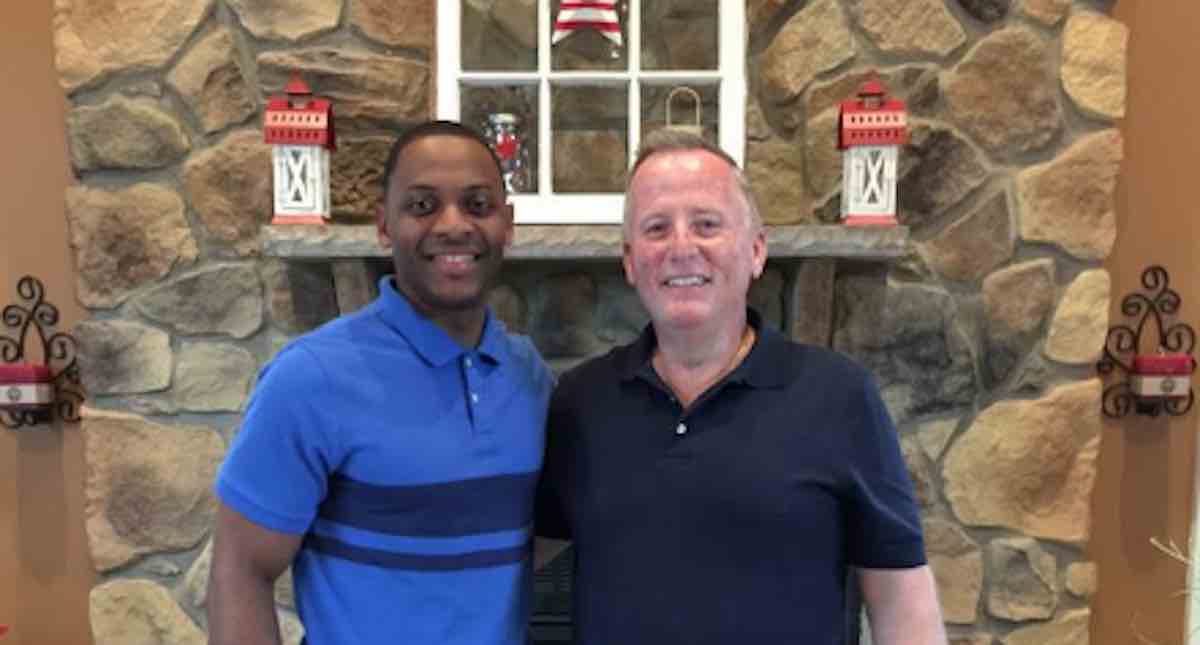 LISTEN to this Good News Guru story here, which was broadcast on the radio June 15th with Ellen K and Geri on KOST-103.5 — Or, READ the story below… (Subscribe to our podcast on iTunes – or for Androids, on Podbean)

It was just a routine traffic stop when a state trooper pulled over Matthew Bailly on a New Jersey highway earlier this month. The violation was minor, but as they talked for a few minutes they discovered a connection between them that was major.

Probably hoping for mercy, Bailly quickly brought up the fact that he was a retired police officer from Piscataway. Officer Patterson replied that he, too, was from the same town, some 40 miles away.

Making more small talk, the driver asked the young trooper where he grew up. After hearing the name of the street—Poe Place—he said he knew that exact road because 27 years ago, a woman had suddenly gone into labor there.

Bailly, who was just a rookie cop four years into his career, arrived on the scene and, while receiving directions from a doctor over the phone, actually delivered a baby.

The memory was so meaningful to him, he could recall everything about the incident—from the color of the house to the name of the baby: Michael.

Through the window of the car, the trooper then shook Bailly’s hand and said: “My name is Michael Patterson, sir. Thank you for delivering me.”

The New Jersey State Police Department posted photos of the two men to Facebook, saying “We’re not sure what the odds are of this happening—maybe they’re close to the odds of a hole-in-one, winning the lottery, or being struck by lightning—but it happened.”

It was October 1991, when Patterson’s mother was out shopping and suddenly went into labor—and barely made it home. Now that the family was reconnected with the cop who delivered their boy, they invited him over for a reunion that was long overdue—and both families were ecstatic about the meeting.

WATCH: DNA Test Finds Long-Lost Brother at His Own College – And They’re Blown Away by Another Discovery

The police department added, “After all, as a police officer, you don’t always get a chance to have a moment like this with people you once helped in your career!”