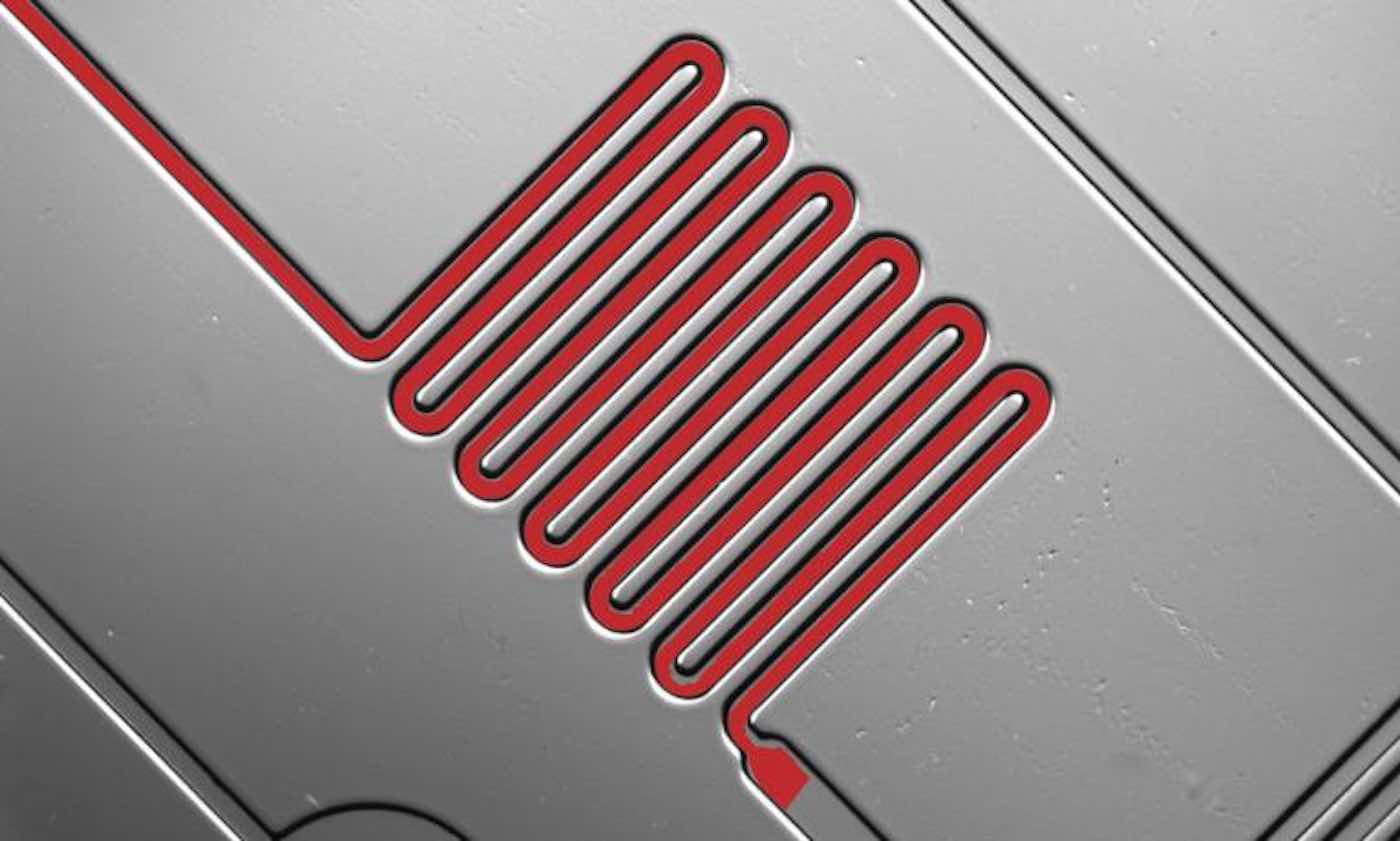 300,000 people in the U.S. are diagnosed with Lyme disease every year, but current testing methods require days or weeks—sometimes even more—devoted to lab work and processing.

Finally, a team of scientists have developed a rapid microfluidic test that can detect Lyme disease in just 15 minutes.

Caused by the bacterial species Borrelia burgdorferi and transmitted by the bite of infected Ixodes ticks, the disease can cause serious neurologic, cardiac, and/or rheumatologic complications if left untreated.

Current testing for Lyme disease, called the standard 2-tiered approach (STT) involves running two complex assays (ELISA and western blot) to detect antibodies against the bacterium, and requires experienced personnel in a lab, as well as a few hours to carry out and interpret.

Now, a research team led by Sam Sia, professor of biomedical engineering at Columbia Engineering, has developed a rapid microfluidic test that can detect Lyme disease with similar performance as the STT in a much shorter time.

“Our findings are the first to demonstrate that Lyme disease diagnosis can be carried out in a microfluidic format that can provide rapid quantitative results,” says Sia. “This means that our test could easily be used directly in a doctor’s office, obviating having to send the samples out to a laboratory.”

Sia’s group worked in collaboration with Maria Gomes-Solecki from Immuno Technologies, which found a combination of three proteins that identified antibodies specific to the B. burgdorferi bacterium, and OPKO Health, which provided microfluidic cassettes. Their findings were published this week in the Journal of Clinical Microbiology.

The researchers evaluated 142 samples, including patients with early Lyme disease, healthy individuals from areas where Lyme disease is endemic, and those with Lyme arthritis. They first screened a set of known diagnostic Lyme disease biomarkers for their ability to detect Lyme disease infection. They then tested the top three biomarkers using a standard enzyme immunoassay, and then mChip-LD, the advanced microfluidic platform developed by Sam Sia, to test the samples.

While also exhibiting high specificity, the team found that Sia’s method was better at picking up signs of Lyme disease infection in early-stage samples—possibly because it was able to detect antibodies that peak in the first weeks after someone is infected with Lyme disease.

CHECK OUT: After 68% of Patients Were Cured of PTSD in Phase-2 Trials Clinics May Soon Offer MDMA Therapy

When the test was run on Sia’s mChip-LD platform, it worked very well, showing strong potential for the development of a point-of-care test for Lyme disease. “While the assay will require more refinement and testing before it can be approved for widespread use as a test for Lyme disease, our results are very exciting,” says one of the study’s lead authors, Siddarth Arumugam, who is a PhD student in Sia’s lab. “It will help so many people if we can develop a single, rapid, multiplexed diagnostic test to identify Lyme disease stage that can be used in doctors’ offices.”

Sia is the co-founder of Claros Diagnostics, whose underlying microfluidics technology is now being commercialized by OPKO Health and was recently approved by the FDA for testing for prostate cancer. He and Gomes-Solecki are now planning a more thorough clinical validation study to see whether the performance of the Lyme microfluidic platform holds up.

LOOK: Father Uses Scuba Therapy to Restore His Paralyzed Son’s Motor Function—And is Doing the Same for Others

Reprinted from Columbia University School of Engineering and Applied Science