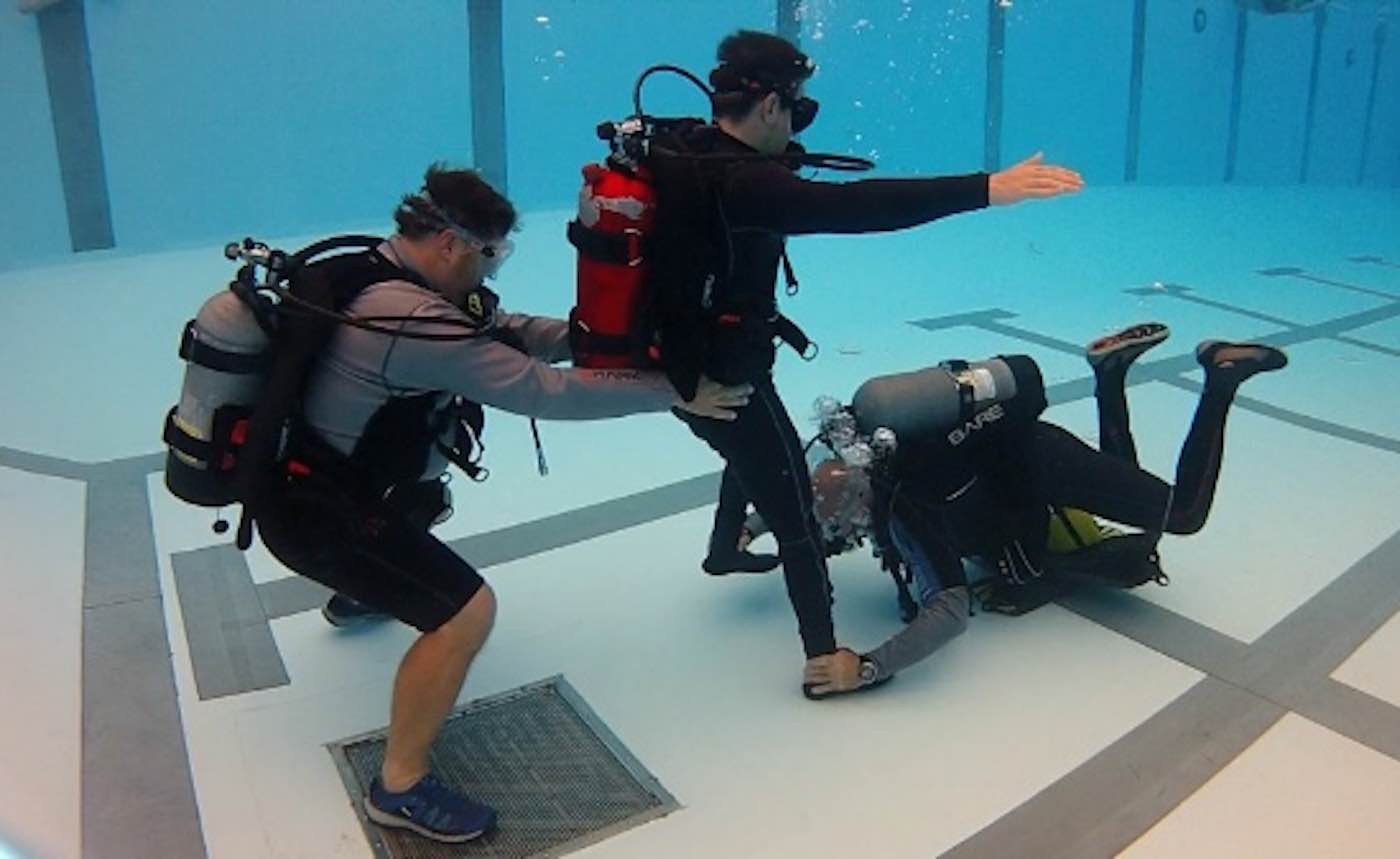 At 11 years old, his son David Jr. underwent surgery on his brain stem to remove a life-threatening growth. After the procedure, the surgeons and doctors said that David Jr. would never walk again.

Seeing his son paralyzed from the neck down and facing life as a quadriplegic, David Sr. stayed by his son’s side through months of intensive rehabilitation. Then as the devoted dad was researching different therapies, David Sr. came across Hyperbaric Oxygen treatment.

Since David Sr. has been a scuba diver for many years, this therapy sparked his interest—so he began taking David Jr. to a local swimming pool for a new kind of workout. Kitted out in dive gear, David Jr.’s progress was amazing.

The physical “workout” that David Sr. designed for his son helped to rewire his nervous system until—over time—it brought life back to his once-paralyzed body.

David Sr. consistently reminded his son that he could do it, encouraging him to push through the pain and exhaustion and keep his goal in focus. Fast forward 10 years and David Jr. is now getting his PhD at university; he walks, runs, and works as a scuba instructor for his father’s business, The Scuba Gym in Clermont, Florida. After David Jr.’s mom, Kim, and his two younger sisters jumped on board, rehabilitation has become their family business.

This is the true and inspiring story that motivated me—Lyndi Leggett (above)—to bring the scuba therapy to Australia, as a scuba instructor and leadership trainer on the Central Coast of New South Wales.

MORE: Veterans Are Finding Peace From PTSD Through ‘Float Therapy’

The therapy techniques that David Lawrence developed over the last 10 years have served to help people with disabilities and special neurological needs to improve their muscle tone, reduce their pain and spasms, stand up and walk with a quad cane, and even progress to walking unassisted. Furthermore, scuba therapy improves lung function, lymphedema, and boosts the lymphatic system.

Our clients at The Scuba Gym in Australia have been able to seek employment, sometimes for the first time in their lives, rather than being dependent on disability services that can often be inadequate.

RELATED: Give Yourself a Break—New Research Says Kicking Back in a Sauna Has Surprising Health Benefits

All it takes is the desire and commitment to work hard. So often we hear from our clients that their medical team had reached the limit of what traditional rehabilitation could offer them. It takes pioneers who think outside the box—or in our case, outside the wheelchair—to bring hope back to people who’ve been told that there is none.

We challenge and change the way healing and rehabilitation is approached and combine that innovative thinking with a passion for scuba diving—because in an anti-gravity environment, where the restrictions of land don’t apply, we can achieve incredible things.

Water You Waiting For? Share The Story With Your Friends On Social Media…