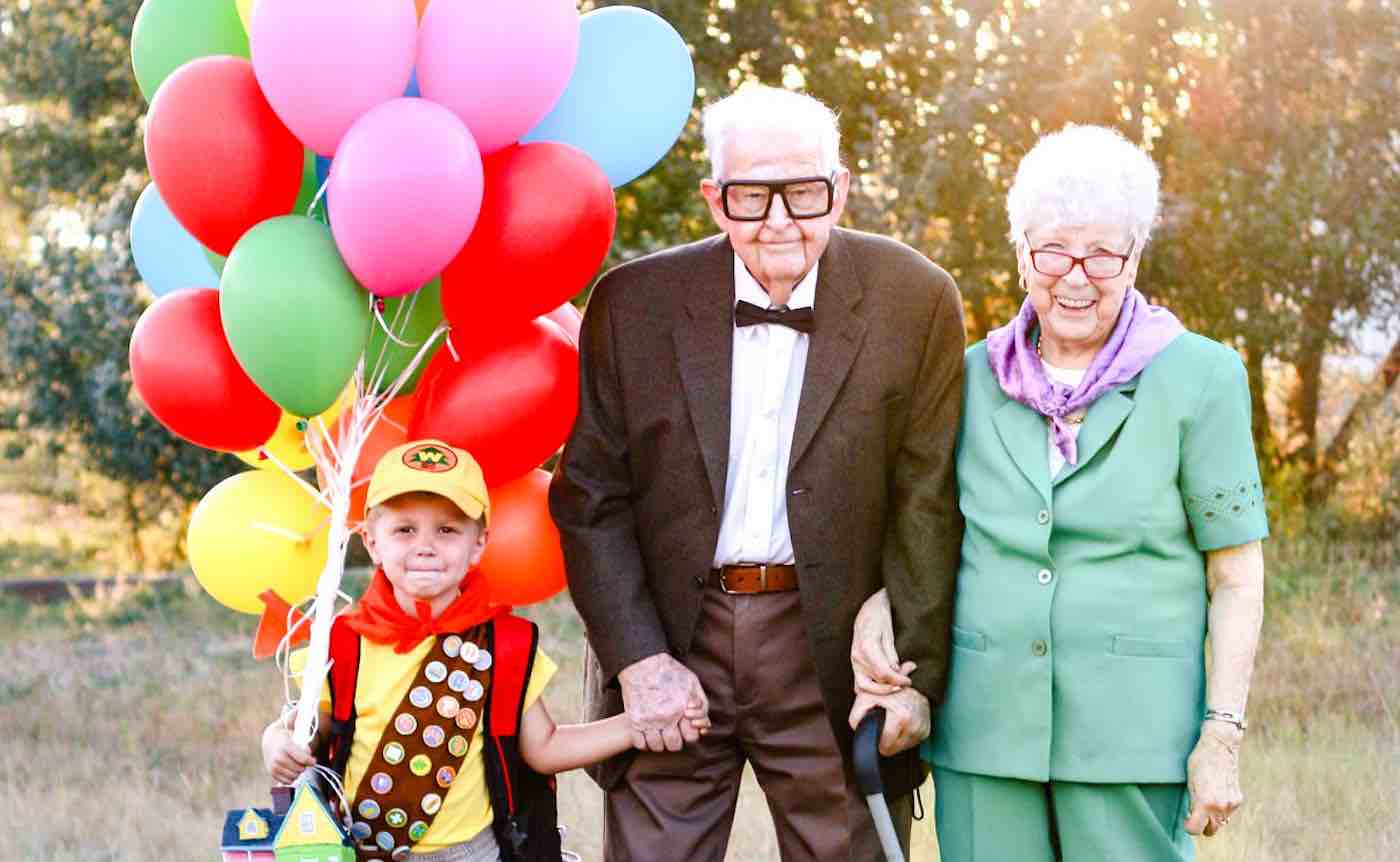 This fun-loving Colorado family has brought the beloved Pixar film Up to life for a youngster’s birthday—and the results are adorable.

5-year-old Elijah Perman has been obsessed with the movie since he was born—so when his mother Rachel offered to host one magical-themed photoshoot for his birthday, he knew exactly what he wanted to do.

For starters, Elijah gathered all the garb he needed to dress up as Russell, the bombastic Boy Scout character from the film. He then recruited his great-grandparents, Richard and Caroline Bain, to dress up as the iconic cinematic couple Carl and Ellie.

Despite how 90-year-old Richard and 89-year-old Caroline have never seen the film, they were more than happy to participate.

Carl went to the local thrift store so he could get his costume together for the photoshoot earlier this week. He could not technically whisk his house away with a million balloons, but he did attach a few inflatables to a toy house specifically for the shoot.

The photoshoot wasn’t just to celebrate the boy’s birthday, either; Rachel says that she was inspired to take the pictures in celebration of being cancer-free.

Shortly after Elijah and his twin sister Emilee were born five years ago, Rachel was diagnosed with cancer—and she was horrified to think that she may not be alive to celebrate their birthdays in the future.

“I had fears if I would even get to see their fifth birthday,” Rachel told CNN. “My oldest [child] was 5 at the time and I hated not knowing if I would get the same time with them that I got with her.”

Thankfully, since the 32-year-old photographer is now cancer-free, she can celebrate her health and her children’s birthdays by capturing the spirit of what they love most.

While Elijah may have opted for an Up-themed photoshoot, his twin sister chose to stand next to a unicorn instead—although it seems that her magical steed was equally as convincing as Elijah and his great-grandparents in costume.

If you want to check out more of Rachel’s photography, you can visit her website or Facebook page to learn more.