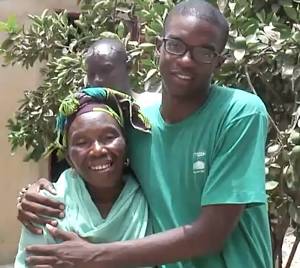 The Republic of South Sudan rang in its status as the world’s newest country this weekend with a series of spontaneous and orchestrated celebrations of what President Salva Kiir called “a dream come true.” Joy and reverence rippled through the crowds as they listened.

“We were bombed, maimed, enslaved, treated worse than a refugee in our own country, but we have to forgive, although we will not forget,” Mr. Kiir said in his speech to the masses, a couple hours after he took the oath of office as the first elected president of the South Sudan.

“This is a momentous occasion not only for the people of South Sudan, but for their neighbors to the north, as well as across Africa, and for all the international partners that have supported this process,” said former Secretary of State Colin Powell, who was a member of the U.S. delegation to the independence ceremony.

(READ the story in CS Monitor)