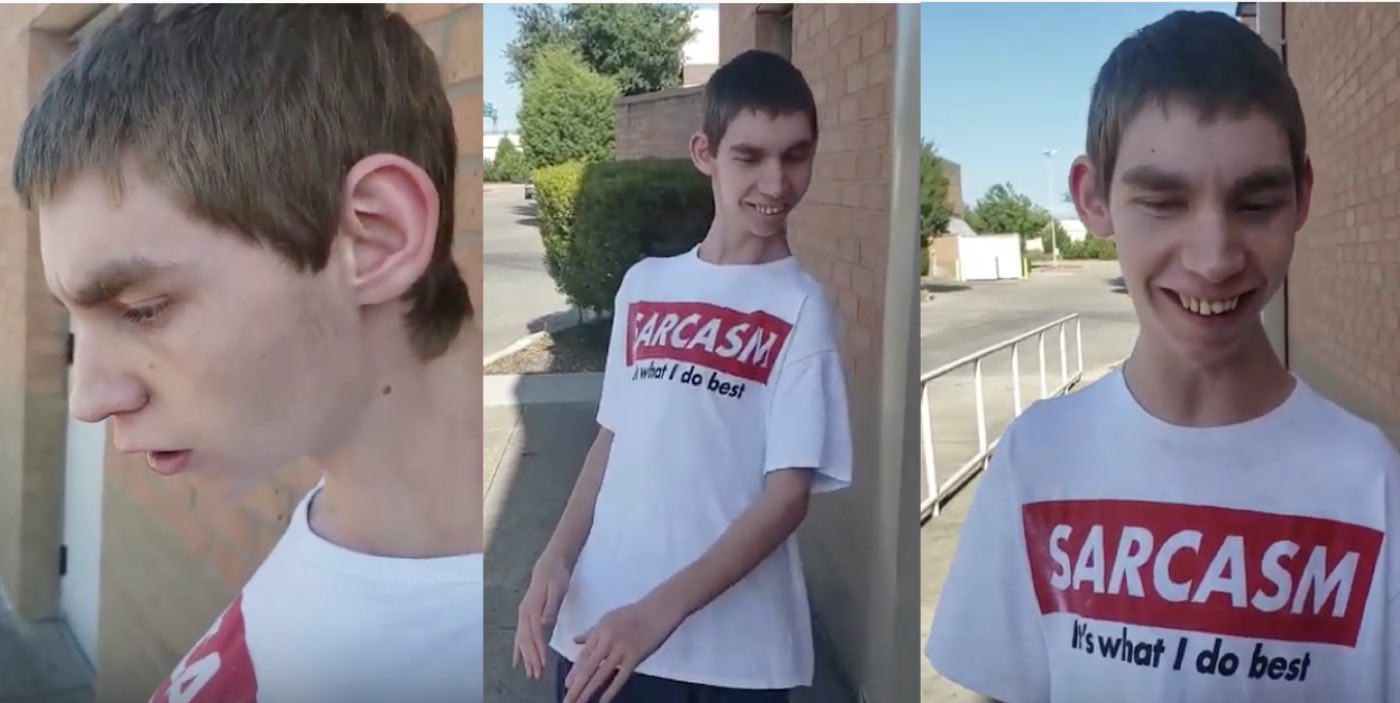 A trainer has been working with special needs kids and their families to provide strengthening techniques and programs, and has achieved inspiring results—some might even call them ‘miracles’.

One such ‘miracle’ was caught on video, demonstrating that with determination, practice, and the right encouragement, the sky is the limit.

“We know that the assumptions and expectations about the special needs population can fuel limiting aspirations and lead to inhibiting anxiety that can only lock-in the special needs child’s sense of being depressingly different,” says Stein. “That’s in part why we exist, to show these young men and women and their families, that many of the assumptions about their diagnoses are false. When we can prove it to them, well, that’s when the miracles happen.”

Those are the moments that make Stein feel especially blessed to have chosen his line of work—and they give his entire team a real sense of purpose and meaning.

They never know when those miracles will occur, but they offer a free 7-day gym pass to see if any breakthroughs might indicate future success.

On June 4th of 2019, a parent signed up for the trial services for her 17-year old son, Brandon Neal.

Brandon’s development was problematic from the start. By the age of six months, he was extremely underweight and jaundiced. Developmentally, he was very behind and unable to sit up, roll over, stand or make eye contact.

At the age of 5, he needed to get five surgeries to fix his eyesight. A few years later, he finally was able to talk in sentences. But Brandon had a genetic gene mutation that was causing all of his problems, including his abnormal gait—and x-rays uncovered scoliosis and a misplaced right hip. 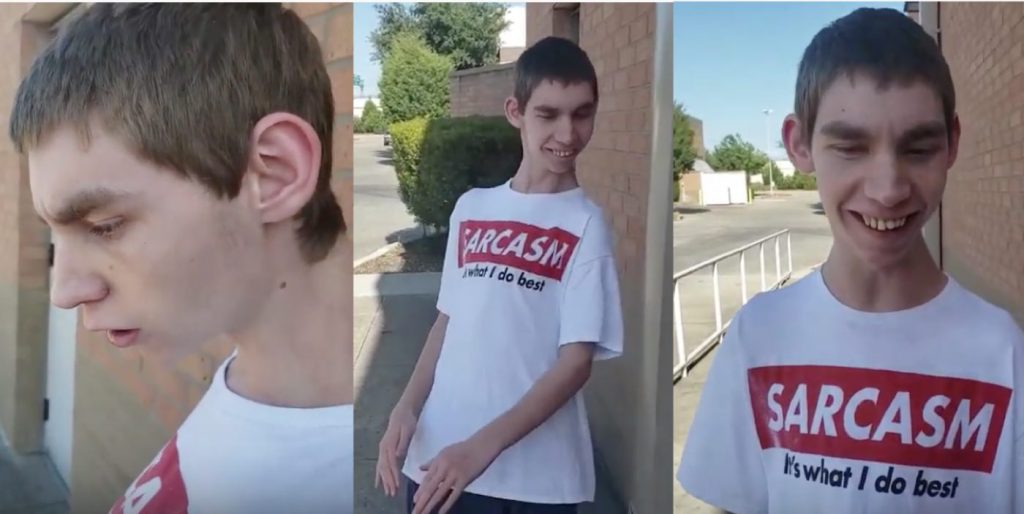 Brandon and his family were advised to have surgery to correct his hip and were told he would be walking normally again within six months. But, after the six months, Brandon still wasn’t walking. He became severely depressed and anxious—and the follow-up physical therapy made him so sick with fear that he was hospitalized many times. As a result, he remained in his wheelchair and would not allow anyone to take him out of it.

Brandon was unable to walk for eight years following the hip surgery, but one day when his mom approached him about getting a new wheelchair, he told her he didn’t want any more wheelchairs. He wanted to walk, and he wanted to do it on his own.

Instead of buying the new wheelchair they decided to invest in a personal trainer and began working with Daniel Stein in McKinney, Texas.

LOOK: Dad Builds Wheelchair-Accessible Snow Fort So All of His Children Can Play Together

On July 15th, they had their first training session. Stein saw potential and shared with Brandon that he knew there would be a day when he would walk again.

Although Brandon was scared of falling and getting hurt, trust was developing between the two that would lead to amazing progress.

They started workouts with exercises that began to correct the muscles that had atrophied during eight years of inactivity.

“Whenever I told him we were doing a new exercise, he would begin to physically shake and say, “I CAN’T DO IT DANIEL – I’M SCARED!” However, even though Brandon was scared, he was always receptive to my coaching. He understood his fear, but he didn’t run away from it, which was crucial. You might not look at him and think he is brave, but he was as courageous as anyone who has ever faced a ferocious enemy or worse, their own demons.” 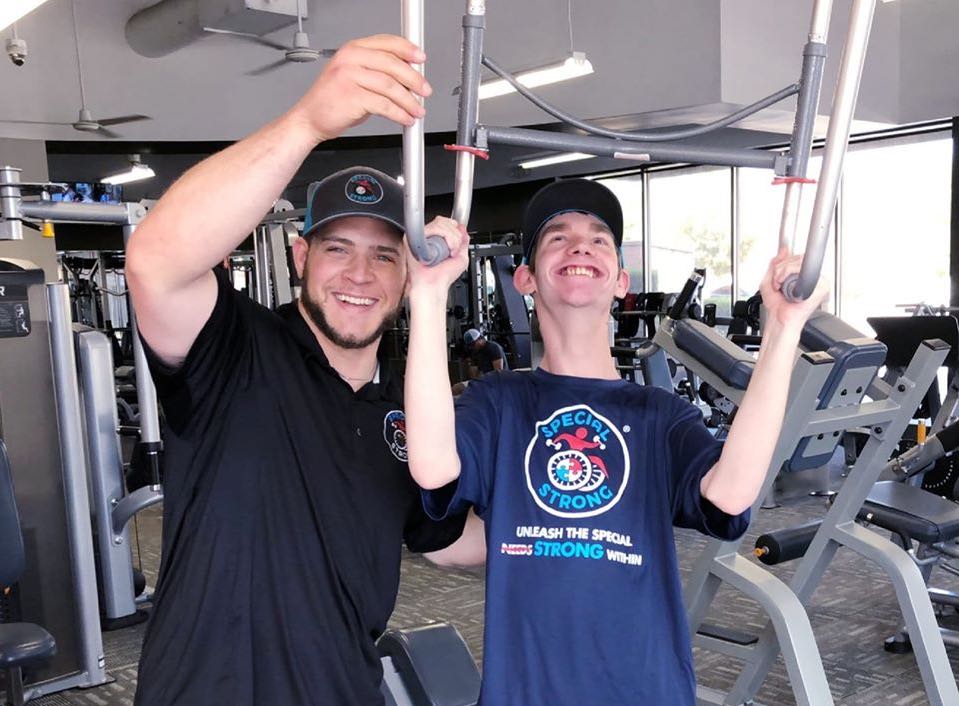 RELATED: After Special Needs Man Was Found Wandering the Streets Without a Family, His Former Teacher Took Him In

Soon Brandon progressed to using forearm crutches, and his parents were told to stop bringing the wheelchair to the gym.

During his fifth session July 30th, he was challenged to walk a step or two without the crutches, and though he teared up and was scared, he did it—and it gave him an incredible amount of confidence for what was to come.

After additional strengthening of Brandon’s legs, core, and lower back—and overcoming more bouts with fear—on August 21st, he arrived and gave Daniel a strong impression that today was the day he would walk independently. He said, “I’M READY!”

“I knew I had to get this moment on video, anticipating something great was going to happen; another ‘miracle’. I gave Brandon a pep talk, encouraged him, and got the video rolling—and that’s when he truly conquered his fears for the first time his life.

The video was seen all over the world, and Brandon was so encouraged by it that he started going to school without his wheelchair or walker. Peers started coming up and telling him how proud they were after seeing the video. For the first time in his life, Brandon felt like he had a purpose and that he could make a difference in the lives of others.

Brandon continues to train twice a week at Special Strong. On August 26th, he kept pace with a 4.0 speed on the treadmill—a light jog. Daniel became confident that one day Brandon will walk, run, and even sprint—and so did Brandon.

SHARE the Inspiring Story of Overcoming on Social Media…