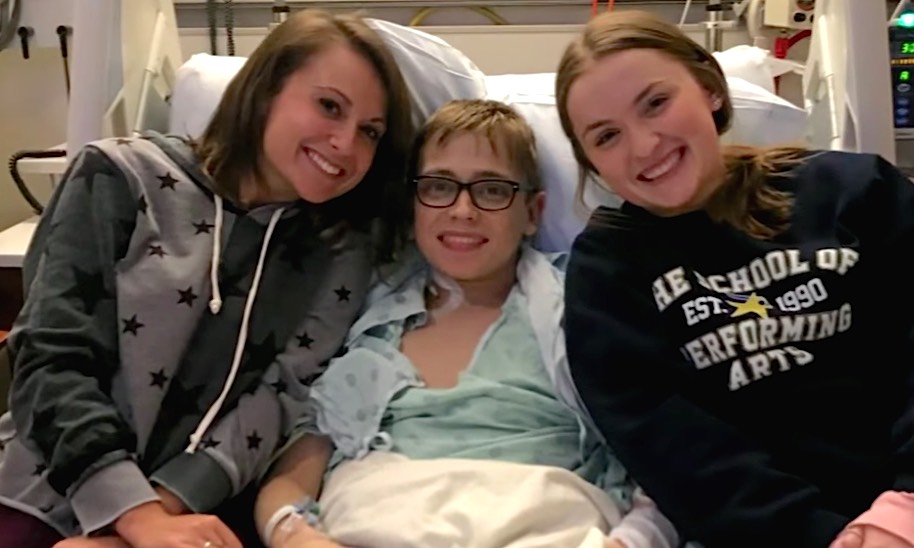 LISTEN to the story, instead of reading it, here, with AUDIO from The Good News Guru on the Ellen K. Morning Show, KOST-103.5.

One stranger’s selfless act of unspeakable generosity has resulted in a ripple effect of good deeds that involved at least a dozen people – and saved half a dozen lives.

21-year-old Brendan Flaherty had been attached to a dialysis machine and waiting for a kidney transplant for six years.

When no suitable donors had been found, his friend Philip Cameli stepped up to volunteer his kidney, but, as fate dictated, he was not a match. Meanwhile, a 44-year-old woman named Kimberly Cooper just walked into the hospital one day to sign-up to volunteer to give away her kidney, and the computer matched her to young Brendan.

POPULAR: Youth Risks His Life to Crawl After Suicidal Woman and Talk Her Down

Cameli was so inspired by her eagerness to benefit a stranger that the teen decided to go ahead and donate his kidney, too. But it didn’t end there!

The woman who was a sudden match for his organ, Clotilde Ruiz, had a daughter who also was so moved that her mom was being saved by a stranger, that she decided to offer her kidney, too.

This same pattern of selfless donation continued until six different strangers offered their kidneys to patients at Chicago’s Northwestern Hospital who were in need of transplants. All had been negative matches for loved ones or friends, but were moved through compassion to help another.

MORE: Women Encircle a Crying Mom Whose Toddler Was Having a Meltdown at the Airport

On Wednesday, all the people involved in the rare 12-person kidney swap met each other in one room for the first time—and hugs, tears, and laughter filled the air.

Cooper the one who began it all, says she hopes the story will encourage more Americans to become living donors as 100,000 people are currently on the national kidney waiting list in the U.S.

She said she just wanted to be “A Good Samaritan for a day,” and six people will feel a lifetime of gratitude for that.