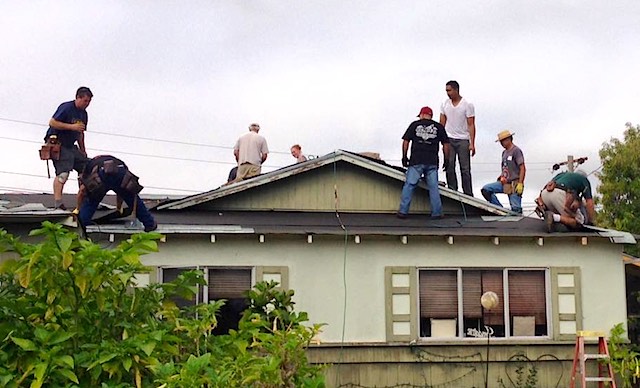 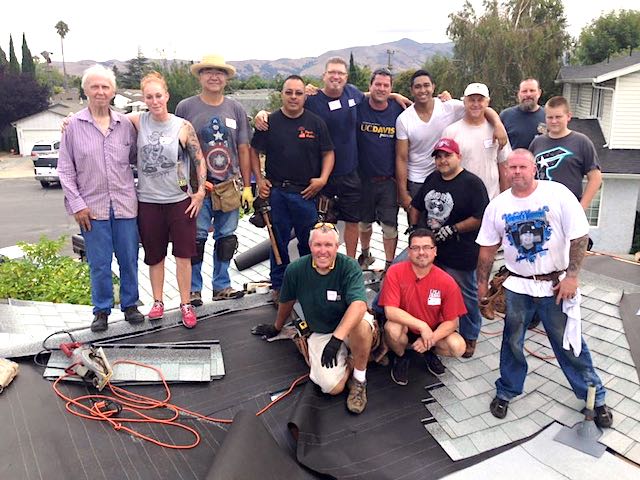 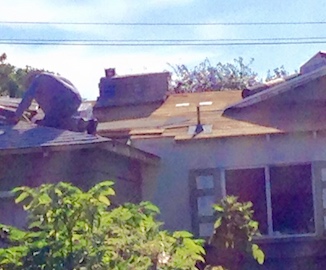 As he watched his frail 75-year-old neighbor painstakingly laying down shingle by individual shingle, David Perez knew he wanted to do something to help, but he didn’t know a single thing about roofing.

So, the California man snapped a picture of the white-haired neighbor working on the roof (right) and reached out to his Facebook friends, asking if anyone knew a roofer who might be willing to donate time and labor to help.

His post was shared more than a thousand times, and he hoped that roofers would came out of the woodwork. Abrams Roofing, from not to far away wrote a heartfelt post in their honor for the sense of community they showed the world.

Saturday morning, Perez didn’t know if anyone would show up at 9, the agreed upon time…but when he awoke at 7, people were already up on Mr. Dubiel’s house, working. 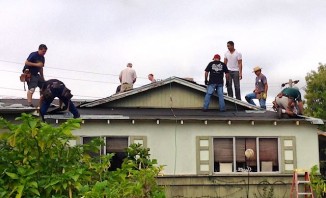 Roofing trucks clogged the cul-de-sac in front their Fremont homes, as volunteers laid out donated food for the workers to eat when they were done. The whole roof was finished by noon.

They asked Dubeil to come up on the roof one last time, and ceremoniously handed him a nail gun to attach the final shingle himself.

He said the strangers coming out to fix his roof also repaired his faith in humanity.

MAKE Someone’s Day by Sharing this Great Story… (below)