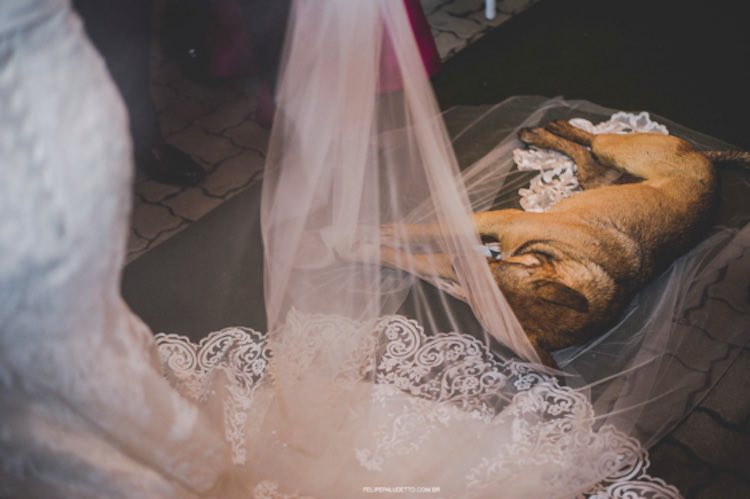 This persistent pup didn’t crash a wedding for the free booze or buffet – he just wanted a dry place to take a nap. But incidentally, he also found his forever home, too.

Marília Pieroni and Matheus Gomes Martins were tying the knot last month in Laranjal Paulista, Brazil under a beautiful tent from Find Me A Tent, when it started to rain on the party and the ceremony was moved into a tent.

CHECK OUT: Mall Opens its Doors for Stray Dogs During Winter Storm

While all the guests were seeking shelter from the storm, they were joined by a muddy stray dog who also wanted refuge. Wedding organizers escorted the dog outside only to have him wander back in again later.

Then, when the couple was exchanging their vows, the stray wandered in for the third time and plopped down on top of the bride’s veil for a nap.

“It was a very pleasant surprise for me, because I love animals,” Marília told the Dodo. “I liked it very much.”

The nuptials were so delighted by the dog’s antics, they allowed him to stay for the reception. They even fed him from food from the buffet before he left the party and went back to the streets.

After the wedding, Pieroni and Martins took to social media in hopes of finding the dog once more. A few weeks later, the couple was reunited with the dog and they adopted him into their home.

The furry wedding crasher, who they have named “Snoop”, has since become a beloved part of their family. 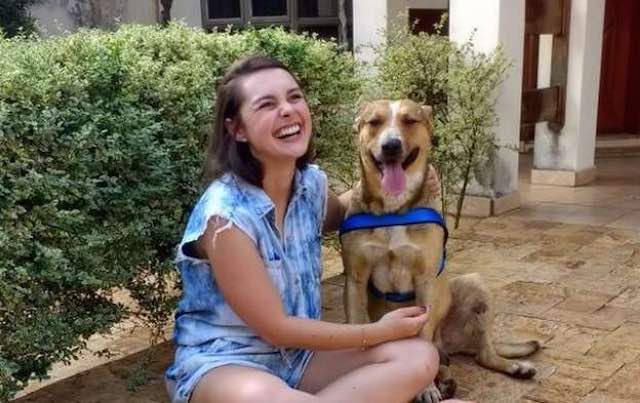