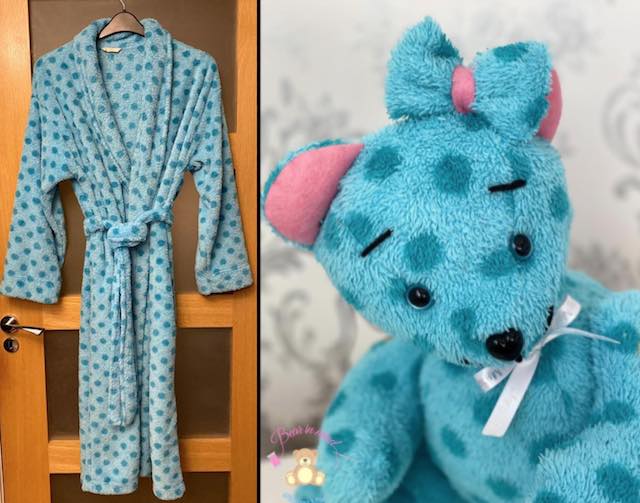 A crafty Scottish woman has come up with the sweetest way for people to keep meaningful mementos of their loved ones.

For the last six years, Mary Macinnes has been making people “Memory Bears” out of the favorite clothing of their deceased friends and family.

Macinnes, who studied fashion technology at Herriot Watt University in Edinburgh, Scotland, says that she made her first memory bear for a friend when she was just 16 years old. She quickly became flooded with people’s requests for their own Memory Bear, but she always turned them down because she wanted to focus on her studies.

After her bears became more and more popular on social media, however, she eventually opted to start making the bears full-time.

Now 21 years old, Macinnes has made hundreds of Memory Bears, each of which costs £50 ($65) and requires 5 to 6 hours of planning and crafting.

Macinnes has crafted bears that include the ashes of the loved one, as well as jewelry. She even adds pockets to the backs of the stuffed animals so the recipients can stash special letters and mementos with their bear.

The bears have become so popular, Macinnes says that she currently maintains a months-long waiting list.

Although working with such emotional materials may not always be the easiest line of work, Macinnes says that her job has also been infinitely rewarding.

RELATED: Anonymous Postal Worker Sent Girl a Sweet Package After She Addressed a Letter to ‘God’ About Her Dog in Heaven

“I really enjoy meeting my customers when they collect bears—80% burst into tears,” she told Metro. “I think that’s because garments arrive as sad reminders of the past then it’s almost as if new life is breathed into them. They become something that’s much more acceptable to cuddle and talk to, and the feedback is they definitely can help the grieving process.”

If you want to check out more of Macinnes’s Memory Bears, feel free to visit her Facebook page.