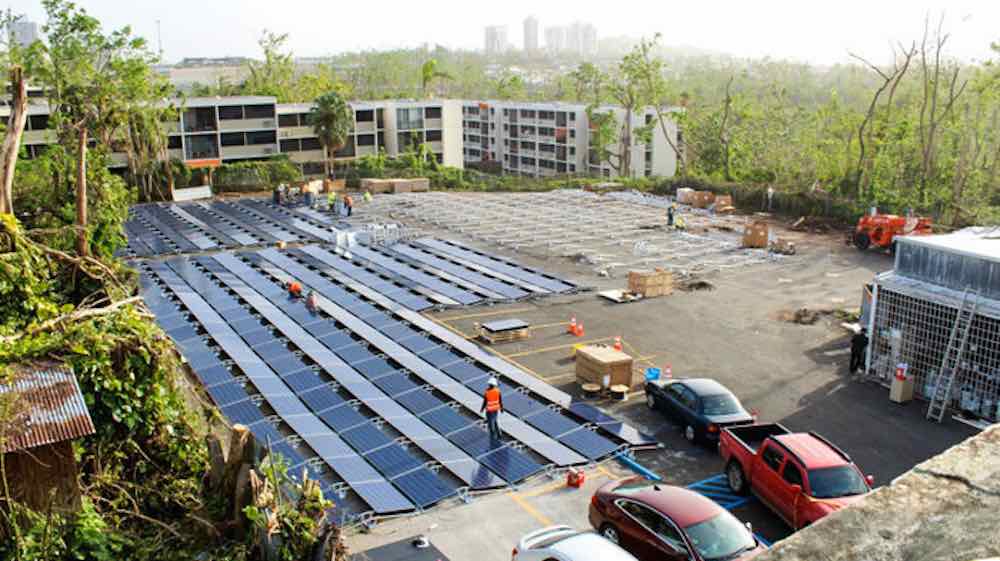 Saying that you CAN do something is not the same as ACTUALLY doing something. Alternative energy company Tesla knows the difference—and they’re actively making good on a promise to restore power to Puerto Rico after it was slammed by Hurricane Maria.

“The Tesla team has done this for many smaller islands around the world, but there is no scalability limit, so it can be done for Puerto Rico too,” Musk said.

CHECK OUT: Clean Water Lands in Puerto Rico Thanks to Solar-Powered Filtration

The governor enthusiastically responded, and now, the energy company has published an example of their capability.

The Tesla company Twitter account posted photos of San Juan’s Hospital del Niño earlier this week – a children’s hospital that once again has power, thanks to a new array of Tesla solar panels in the parking lot.

“Hospital del Niño is first of many solar+storage projects going live,” wrote the company. “Grateful to support the recovery of Puerto Rico with Ricardo Rossello.”

According to El Nuevo Dia, the donated panels can provide the hospital and its 3,000 young patients with as much energy as they need.

Hospital del Niño is first of many solar+storage projects going live. Grateful to support the recovery of Puerto Rico with @ricardorossello pic.twitter.com/JfAu11UBYg