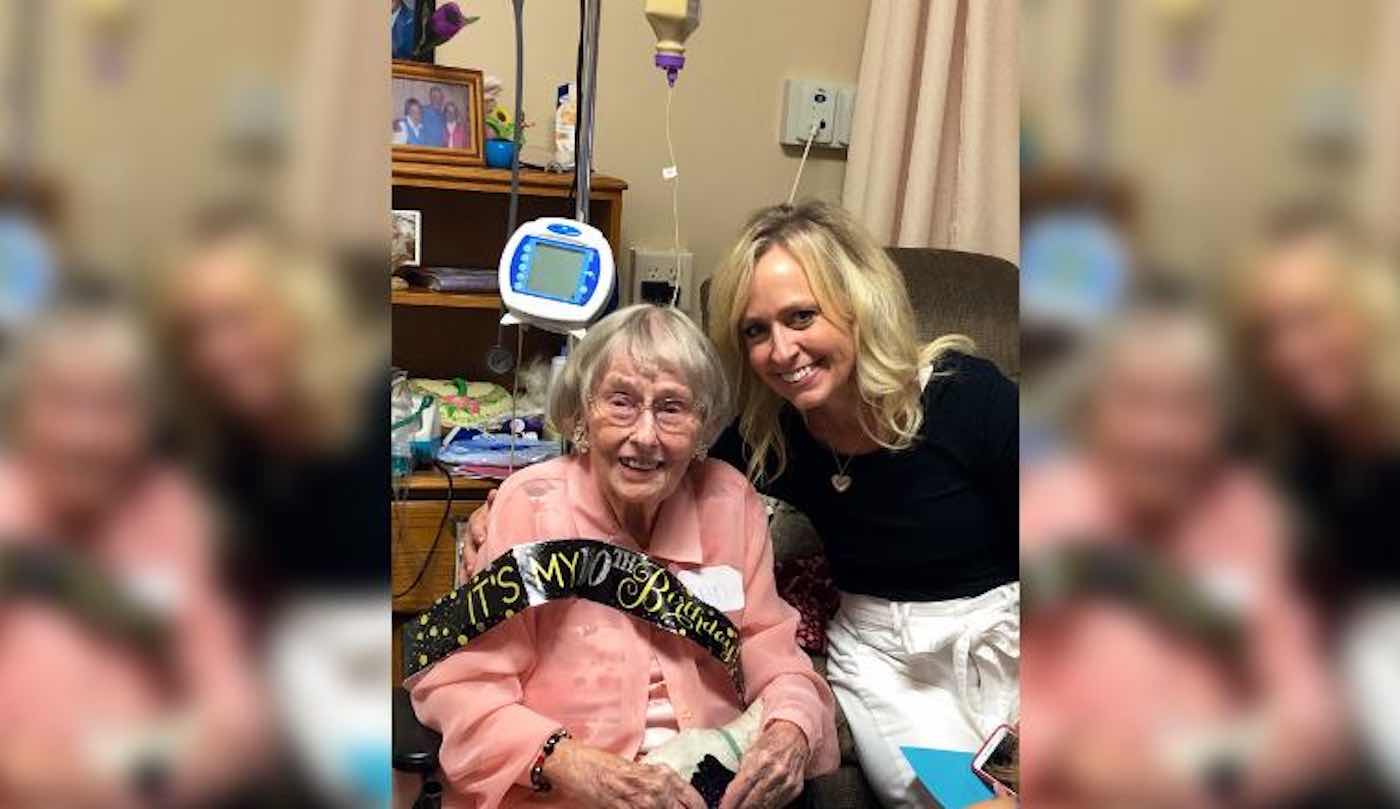 When two sisters were left scrambling to find a way to attend their aunt’s 100th birthday, an aptly-named Uber driver turned out to be the answer to their prayers.

Kerry Maggard and Deb Eggers had been preparing to fly from Minneapolis to Sioux Falls last weekend when their flight was canceled due to bad weather.

Unfortunately for the siblings, all other flights to South Dakota were fully booked and they were unable to get a rental car to drive the 200 miles to their destination.

With no other options available to them, Maggard called an Uber—and their travel request was granted by a man named Jesus Florentino.

RELATED: Homeless Dad Receives Flood of Support After Woman Tried to Facebook Shame Him for Sleeping in McDonalds

“I was shocked that anyone picked it up. It was kind of a last resort to see if anyone would consider it,” Maggard told CNN. “It was picked up immediately and of course I got the message on the phone which said ‘Jesus is 7 minutes away’, which was quite a shock.”

Maggard called Florentino to confirm the travel destination and make sure that he was up for the drive.

Regardless of the distance, Florentino was happy to accept their request and he reassured his passengers that they would be able to celebrate their aunt’s centennial.

After the sisters arrived at their aunt’s house in Sioux Falls at 6PM, Florentino turned his car around and made the 4-hour trip back home.

Maggard also told CNN that she tipped Florentino $50 for the $216 voyage—a fair price to pay for the quality time that she got to spend with her aunt.

Florentino later told the news outlet: “I felt that they needed to attended the birthday and I enjoy driving, so yeah, it worked out well. It’s an important occasion, and if I was in their place I would appreciate very much someone bringing me there when there was no other way.”