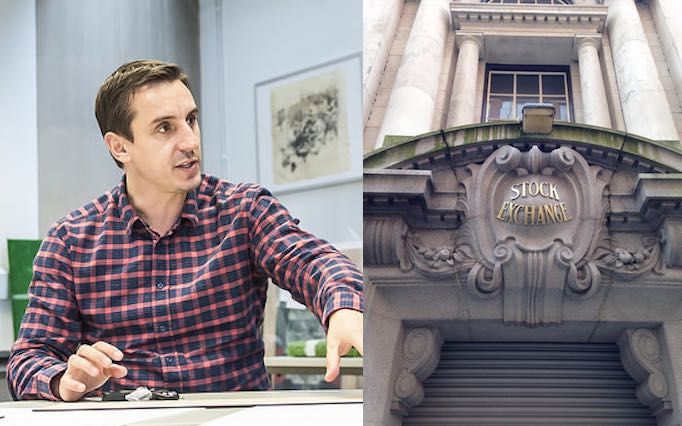 Typically, when homeless activists occupy a vacant building, someone calls the cops.

In this case, the building’s owners were Manchester United football stars Gary Neville and Ryan Giggs, who welcomed them to stay.

The duo, who plan to turn the £1.5 million Stock Exchange building into a boutique hotel, have granted homeless advocacy group the Manchester Angels use of the building throughout the winter so that about 30 young men will be guaranteed shelter. The group also plans to bring in social services that can offer recovery programs and health care, and other necessities to those in need.

Wes Hall, one of the homeless activists, told Channel 4 News he burst into tears when he got the call from Neville, the Manchester United coach. “To us, this is a lifeline; this is saving lives throughout the winter period.”

RELATED: The First Canadian City to Eliminate Homelessness –Here’s How They Did It

Construction isn’t set to begin until February, so, as long as the men allow contractors in with no trouble, it’s fine with the owners if they want to stay and keep warm. The homeless activists will be documenting their care of the building, too, leaving it in better shape than when they arrived.

The group has nicknamed the building “The Sock Exchange” for their goal of collecting clothing for the homeless.

(WATCH the video below from BBC News) – Photo of Gary Neville by University of Salford, cropped, CC