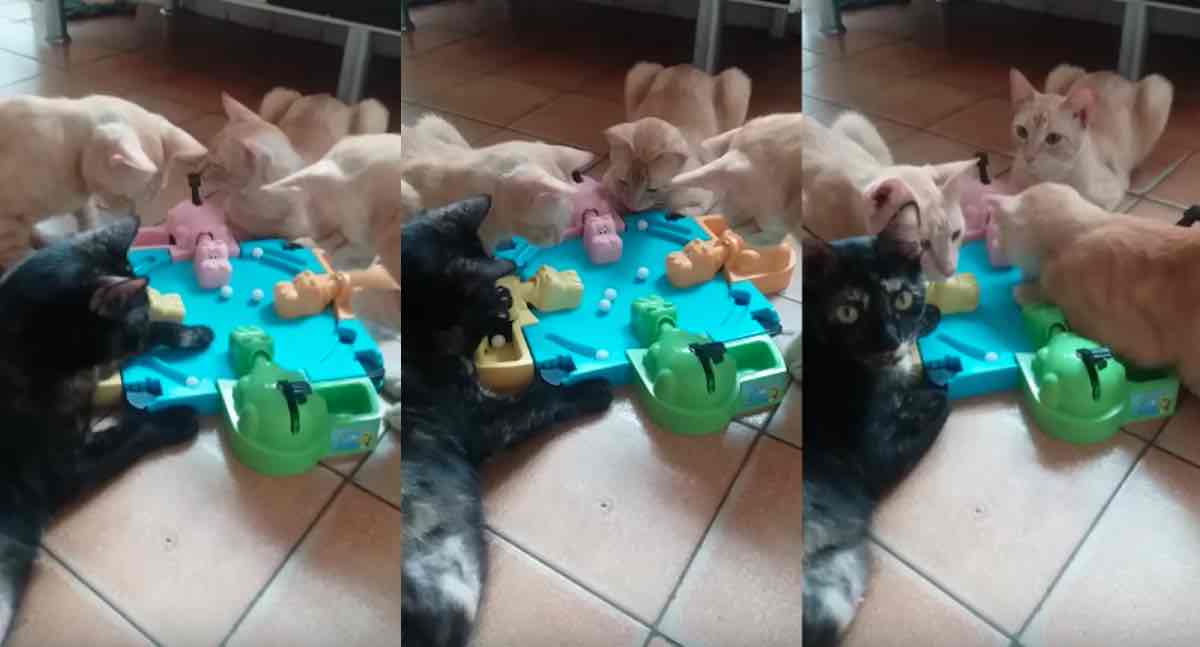 Never before has such a serious group of felines ever been seen playing the silliest game.

In a YouTube video that was published by Viral Hog, four cats who had been rescued from the Brazilian streets of Vila Piaui, Sao Paulo were caught playing a round of “Hungry, Hungry Hippos” together.

While one persistent player can be seen bending the rules and batting the ball by paw, rather than using the hippo, most of the house cats seem to be taking the game to heart. A fifth cat can also be seen enjoying the spectacle from afar.

According to the cats’ owner, this is a pretty regular occurrence.

“My cats that were rescued from the streets [like to] play with my daughter’s toys,” says the owner.